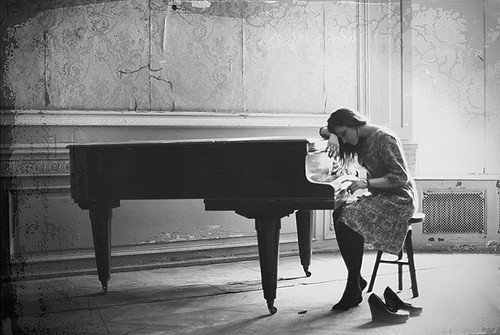 I was essentially an only child.

While my father had two more children later in life, I was grown and in the Army when my half-brother and half-sister were born. I never had other children to play with before being thrust into kindergarten. Of course, arriving in kindergarten with no social skills takes a toll.

An adult at five is not generally invited to play with real five-year-olds.

After spending the day at school being bullied for being the artist’s kid, an oddity from a house comprised of an art studio and library rather than a suburban showcase of affluence and toys; I would sit in my room, my face pressed to the glass, watching the other children play.

Life has been like that for me, on the outside looking in, watching others play.

I remember learning to play chess by playing both sides of the game against myself. My favorite way to spend the time after being banished to my room for the day was to sit between the stacks of books in my closet and read.

It might be The Phantom Tollbooth, The Cricket in Times Square, or my favorite, Harriet the Spy.

By late elementary school, it was Hawaii by James Michener, a man I had the pleasure of meeting and spending months around as a young single mother of four while attending Sheldon Jackson College. The characters became my friends.

I could use my imagination and travel wherever they would take me. The imagination of a child without form and limit is capable of envisioning the impossible and embracing it without over-analysis or limitation.

I was teased and bullied from kindergarten through junior high school. I heard sticks and stones will break your bones and names will never hurt you, but the stones cast at me at the bus stop did break the skin and their words broke my spirit.

Slowly they reinforced the message that I was indeed very different from my peers.

I came to believe I was ugly, unlovable, unworthy of care, time, or affection. I was in the way, an annoyance to be tolerated because I could not be made to literally disappear. Eventually you learn to erase yourself.

You become the silent watcher, noting the changes and the times of each season in quiet reflection of their reason. Your undirected and unquenchable curiosity questioning; wanting to know what makes the cosmos tick.

Questions become annoying to adults who do not have any real answers. Teachers, rewording misconceptions as facts, throw treats to obedient parrots for an acceptable parental report card.

The wise child becomes a silent witness, eventually abandoning the world for a life of books and reason, embracing the planes of life where imagination meets creativity and all things become possible.

When I look now at the work of one such as Leonardo da Vinci, I see — with fresh eyes — that perhaps his work was not prophetic in the sense of seeing existing things in a distant future.

I suspect that in the self-acceptance of his own solitary madness, it was his creativity which facilitated his ability to transcend time and space and become one with divinity, activating the visionary spirit which birthed remembrance of invention.

I see a lot of riddle-makers. Gurus who think the complexities of their sentence structure will deter questioning and true inward reflection and point people to this state of no being — a New Age religion of complexity which is nonetheless just as much a form of disbelief as the religions it scoffs at and sets out to disprove.

There is no shortcut to the heart. One can think they are a God, but I have yet to see a human create without aligning the heart to be in tune with the creative life force of the Divine. I Am, the creator, gifted thinking to humanity. I Am said, “Study to show yourself approved, come let us reason with one another.” I Am also said, “The wisdom of man is foolishness to the creator.“

The balance appears to be struck when asking the creator the right questions and subsequently deciphering within the heart-love’s true answers. The ego seeks to elevate itself and say, “I can know and be all without tapping into the divine. Read this book, take this herb, practice this meditation technique, and understand this theory in physics.“

I myself have found to do what I know innately and intuitively. I never learned Yoga; I listened to my heart, followed my intuition and moved. Later I learned I was practicing Yoga. I never learned to meditate, but I subsequently discovered that things I had been doing intuitively from the heart, were things which calmed my mind and led me to meditative states. As Hafiz alludes to so well, one cannot come to know the creator through the copybook of reason.

The male attribute of reason can blend with the feminine aspect of love, birthing understanding. The sacred union of the sexes is a mixing of spirit for a completeness or wholeness in creation.

It is the pleasure which results from the mutual exploration of being touched and touching another profoundly with the heart. Hedonism does not know the creator. It is just another dogma which frees its followers to engage in conduct traditional religion encourages us to repress.

All of us are lonely these days. People hide in their homes locking their doors. We build fences and walls, create division and root ourselves in pride. I am right, you are wrong; I am wise, you are foolish; I am worthy, you are unworthy.

We justify every wound with this spirit of self-importance and self-determination, rationalizing our pain as more intense than the pain of others.

Fancying ourselves right, we stifle the creative minds, heart and spirit, seeking to eradicate thinking for a new blind faith of being.

The voice which speaks from a position of fear and intolerance rarely aligns with the heart of the creator. The creator simply says: “Care for one another, all is precious in my sight.” “I will leave the ninety-nine to love the one.” “I have always loved you, I love you now, and I commit to love you forevermore.” The creator and lover of your soul, says, “I will not remember your sins — I will cast them as far as the East is to the West.“

Yes, you are an innate being, but not the kind which has no meaning. You are a being with the power to choose in each act to set aside to ego and foolish divisiveness. Each choice crafted with the heart of a child; to love, live, create, and care for one another from divine spirit.

The gift of life and the care of Planet Earth have been entrusted to each of us.

There is responsibility and accountability in our interactions with one another, whether in person or via social media. Each person you interact with is real; they have hopes, dreams, joys, and sorrows. People seek bread and wine, the sustenance of spirit. Do not give them stones.

It is not a noble aim to objectify, to seek to gratify the urges of self and obligate another to kindness in the face of your lack thereof.

Do not seek to ask another what you can only do for yourself. Instead, embrace relationships as vehicles for good. Use divine love to create a perfect and everlasting work which points to life and recognizes the holy love the creator has for each and every one of us.

With divine love and purpose, author your unique living book of Life.