Mantra Power – Communicate with Your Deepest Self. 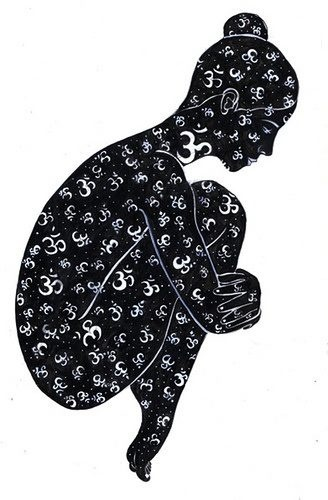 Freedom of expression is a battle that our ancestors won.

I bow to all of us. I just want you to know that, even if the scales have tipped far to one side in our word-loaded times, I still bow. Maybe we haven’t mastered our new-found freedom of speech and free expression yet. But we are at it, sharing and learning by doing, mastering the power of word-vibration.

Not long ago, our right to express ourselves was so limited that even calling someone a liar or thief publicly could be enough to start a rumor and destroy a reputation. Words were loaded with power to instantly alter reality.

Words are not always weighed on a scale of gold and used as a superpower. But words definitely carry potency to shake and shift, to build or destroy, to create connection or divide.

Following the urge of going deeper with my meditation, I signed up for a year of deeper studies in 2013. Every day since then, twice a day, I’ve been sitting with the same mantra. The brain-shift I underwent that first year was like a fast track to handle every resistance that was ready to be dealt with.

I experienced distance from all things I considered important that really weren’t, and a new intimacy with what my true longings are and who I am. All through the gentle discipline of sitting still and repeating mantra, making inner sound waves to reprogram my own conditioning.

Everything comes in wave forms. Light, sound, pulsation of blood through our bodies. Wave-like, cyclical, spiraling ever inward and ever outward. This is the movement of the Universe. Wave. Vibration.

When an impulse from within is expressed through sound, space is moved. Air begins to vibrate with the energy of the spoken. When the moved air in the form of sound waves reaches you, these waves carry with them the energy of the innermost from where it was spoken, transported and supported by space.

When it reaches you, it literally moves you and you interpret what this movement means to you, what it means to the other, and what to do with the information.

Mantra is the installment of word-vibration to trigger deeper knowing of the energetic weave making up that specific mantra. When we drop a mantra in our awareness field, it moves the fabric of that awareness. Each mantra carries a different energetic feel and seed. One which can be felt sometimes immediately, but known only by friendship over time.

The true realization of the different energetics of sound comes when I introduce new mantras, or different meditation techniques. A mantra I’m not used to meditating on can be like dropping a giant rock into a lake. The waves ripple through my body and a totally different feeling than my home mantra moves through me. Sometimes blissful, sometimes shaky and unknown, sometimes light like a feather. But the difference in feeling is palpable.

In a study made on the effect intention (which is focused and aimed energy) has on water, water molecules treated with love and respect made beautiful symmetric patterns, while those treated with anger or ignored formed erratic, upset patterns.

We know how words coming from true feeling, whether blessed or fierce, move us. Tapping into the power of intention reveals so much around us as an expression of that particular surrounding intention-field.

The letters of the Sanskrit alphabet are called Matrika, meaning little mothers. Such a descriptive label for letters. Little mothers of communication, birthing the story of our reality one word at a time.

And if mantra leaves us so changed, the rest of our word-birthing could also be a catalyst to a new experience.

Using specific words for accessing a certain part of your consciousness is what we do everyday. To refine communication is what mantra is all about for me, the communication with the deepest accessible self.

Mantra is a science, they say. Approaching it in the 21st century requires us to understand the power of the word, of the vibration of sound. And to have anything to say about it, you have to experience it for yourself. By experimenting with it yourself.

In my experience, it’s a simple, cheap and available practice which yields results that have a lasting impact on your life.

Changing the world, one word at a time.