The Transformation Of Amy Lunaro: Chapter Thirty One. {fiction} 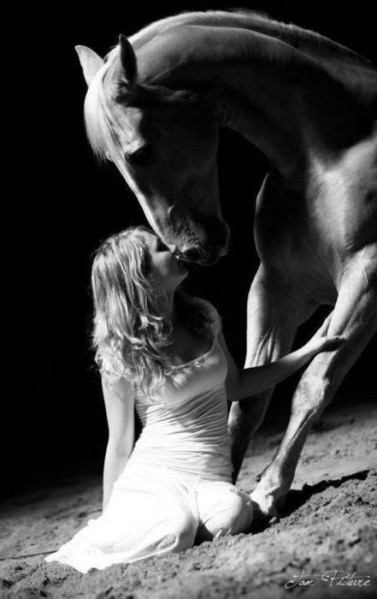 In the application process to work at Healing Moon Bay, Amy had told Alba and Louis of her story, and her fall in the fall. So Alba let Amy know Amy she had no intention of placing her on a horse right away, even if they were a stable full of therapy horses.

“I will tell ya,” Alba said, handing her a shovel, “these horses are better than any therapist you’ll ever see.”

Alba squinted at her in the early light. “Ever been to a shrink?”

“Lie to them, secretly hate them, and count the seconds till they’d refill your pills?” she asked Amy.

“I was always too good with words to tell the truth,” Alba shook her head and laughed lightly. “You could say my charm harmed. But you can’t lie to these animals, and these animals never lie. Trying to be someone we’re not makes us sick, but you can’t pull that with these horses. They ask for authenticity and presence. You have to be in your truth with them, and being in your truth heals you.”

“You liked pills too?” Amy asked, all this authentic conversation was more refreshing than the morning Maine air. Most people flinched at conversation that moved under the surface, but Alba seemed to dance right toward it. Amy like Alba. A lot.

“Well, I didn’t just like pills, I got so hooked on them they damn near killed me. Pills and wine. The Housewife Special. It was Valium and Klonopin; these days it’s cat’s claw and turmeric, chugged down with herbal tea.”

“What do you miss about it?”

“I guess just not having to be stuck with myself, all the time. Getting to feel something else.”

“The thing is, you think you want out, but you actually want in.” She looked over at Amy.

Amy thought maybe Alba was offering her some sort of esoteric wisdom to heal her wounds, but Alba just nodded at the piles of horse manure that filled the stable.

“Oh,” she said, scooping a pile and lifting it into the old blue wheelbarrow.

“Substance is the band aid. But sobriety is the sustainable surgery. You think wine’s the trip? Nah, that always leads to the same dark place. This life, this experience, is the never-ending, always expanding, wild mysterious trip, woman.”

Amy nodded. She was still suddenly thirsting hard for a glass of wine.

“So,” Amy cleared her throat, “it’s too bad Todd is leaving, he… he seems pretty great.” Amy couldn’t stop thinking about him. She missed him, even though she could hear his hammering across the fields. She had a joke she wanted to tell him, and she wanted him to tell her it was dumb as he laughed at it.

She wanted to say something she didn’t truly mean and have him call her on it. She wanted to be close enough to him that she could smell his sweat and skin. She couldn’t remember if his eyes were dark or light green, she needed to look into them again. She wanted to buy him sweaters and massage him at night.

She wanted to stay in bed all Sunday, and binge-watch bad TV with him. She realized she was screwed. She wanted to be his best friend and his lover. She’d never been her lover’s friend. This felt different. Meeting Todd had felt like a homecoming. She told her feelings to slow down, but they were locked in at eighty.

There was no stopping the way she felt for him, and suddenly she couldn’t find a reason why she should.

Until Alba stopped, her foot on the shovel, and looked up.

“He certainly is great. His wife’s great too.”

“He’s married?” She hadn’t had any idea, and she hadn’t seen a ring because of those big carpentry gloves he wore.

“Well, it’s not perfect, but no marriage is.”

“He didn’t say anything about that.”

She suddenly had less energy to muck. She went weak and dropped the shovel. Alba looked over at her, curiously.

“Sorry,” Amy said, bending over to retrieve it from the mud. “I just got… really tired.”

Amy wasn’t sure why she would have such a connection with someone where there was nothing that could be done about it. She had never met someone, really had the I met someone feeling, who then had belonged to someone else. Life suddenly seemed cruel.

Even worse, she felt ashamed about her feelings for someone who belonged to someone else, despite her ignorance. On top of her sudden despair, she felt like a terrible person.

A storm of depression raged in her, it swelled in her belly and reached her throat, it even welled behind her eyes. This is why she wanted out of the love game. The pain.

The end of the world, Wuthering Heights, I’m going to be alone for fucking ever, someone else gets to hold him and fall asleep in his neck, love works for everyone but me, fucking pain.

“Hey,” Alba said softly, taking the shovel from her.

“How about you go brush Gina?” She cocked her head in the direction of a massive caramel-colored horse with eyes like wet brown saucers. “She could use a little love. Maybe so could you.”

“Be loving and kind, like you would with a child, when you brush her.”

She approached the horse who stared her directly in her eyes, as if to say, ‘”I trust you, but I’m watching you,” and she began to brush her, gently, and for some reason, she imagined she was brushing her mother’s hair.

And she grew even more tender with the horse, imagining she could touch her mother just one more time, and show her, with care, how much she desperately loved her. And she had just brushed Gina’s neck and mane like that, as softly and lovingly as she could.

And then it was as if she could almost hear her mother, whispering to her, “Treat you with this tenderness, treat you with the tenderness you would treat me,” and then she fell against the horse and started sobbing. Gina craned her neck around and pressed her massive felt nose flat against Amy’s forehead.

At first Amy lurched back, startled.

Amy sucked in some cold air and leaned back in toward Gina, who went for the kind kiss again, and as she did so, she stared at Amy with those eyes like planets, almost emotionless, but with the same unflinching, unapologetic intimacy as Sadie.

Amy’s eyes darted over to Alba, waiting for her next cue.

“What do you think she’s trying to teach you?” Alba asked gently.

“Maybe… big things don’t have to be so scary,” she said through the tears that still fell, “that it’s just… my job to trust that whatever it is… it’s coming from Love.”

“That seems about right to me,” Alba said.

Gina removed her nose from Amy’s brow, and then Amy threw her arms around the horse’s neck and burrowed into her so tight she couldn’t see anything, she just rose and fell with the massive animal’s warm breath.

“I never want to let her go,” replied Amy.

“If you think that, then that will be true for you. But some people stay, Amy. Some things really do last.”

Amy couldn’t remember that ever being the case.

Alba patted Gina’s massive hindquarters. “Keep working with this girl. You learn to trust yourself, trusting others comes much easier.”

Then Alba lifted the wheelbarrow which was now filled to the brim. “You’re coming to the dance tonight, right?” she asked Amy.

Amy didn’t want to think about the dance, and Todd, and him leaving to go home to his wife. She wished she’d never met him, if it was only to feel pain. She said nothing.

“Todd’s last night, if you want to say goodbye.”

“Maybe you could just tell him bye for me,” Amy said into Gina’s neck, her tears hot on the horse’s hair.

This is an ongoing series from a forthcoming fiction novel by Sarah Durham Wilson of DOITGIRL.
Tune in weekly for the next chapter in ‘The Transformation of Amy Lunaro’.