For The Wandering Star In The Mirror. 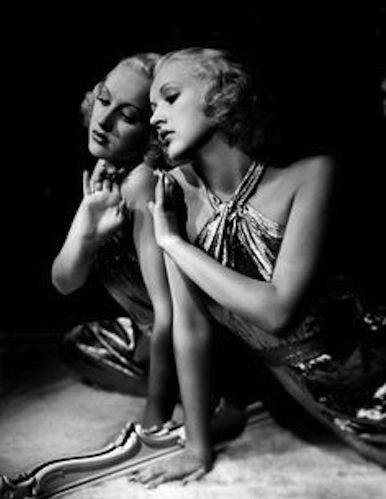 and I have remembered.

Why do you act afraid?

I won’t hurt you.

I am the Protector, the Nurturer.

Your Father has watched you for many suns,

and I have healed you for many moons.

I am Mother Earth, the protector

of the Children and the moon.

I am Alive and Real, and you have forgotten me.

You have forgotten all of us.”

A girl looked out from wet, watery eyes, and an exquisite brightness shone from inside her.

And… there was something else. I saw that she was afraid of the light inside of her, afraid to be impactful because whatever came after would be new, and new is always so frightening. She looked sad, and at the same time she looked like a person capable of extraordinary joy and wonder.

However, it appeared that she was afraid of her own pleasure, too.

I felt that I may have known her all my life, or maybe my life had never truly begun until this moment as I gazed into the eyes of the wandering soul. Far away and above her head, city lights shone with their artificial sparkle and meaningless luster.

It was as if she read my thoughts, because just then she said,

And as I steadfastly watched her eyes, the brightness grew as she thought about the celestial bodies, and let their beauty touch a part of her that was long untouched, and nearly forgotten.

I hadn’t seen the stars in years. Being in this city was like being in a cage, only one where it fools you into believing that you’re free, but you’re surely not because you can’t see the stars or climb the trees or watch airplanes and clouds glide swiftly through the sky at your leisure.

And then her eyes told me that she was all alone in this world. And I wanted to cry because I wanted her to be happy, and I wanted to protect her, and I didn’t want her to be alone.

But I knew that there was nothing I could do while she was stuck here among these artificial lights, while she believed that she was not worthy to shine brighter than these.

A star away from home, I thought.

And how very right I was. She told me she had grown up in the suburbs, where the stars were nearer, but not nearly close enough, not for this soul.

I began to understand that she had once been carefree, but it was very, very long ago. Or perhaps it was not yet to come. I could not tell, not with this one.

She brought light wherever she walked — a light you could not see but simply feel within the deepest places in your soul. Something real.

And real things were just about all forgotten in this city. Life was dying, and this girl could feel it every day. Things were not right. People were afraid to look at one another’s eyes, to touch one another and feel the trembling and tenderness and fierceness in their own hearts.

They were afraid to look at the sky during the day for fear of its brightness. And at night they went off and did terrible things to one another for fear of intimacy. And love was something to be nearly laughed at.

But inside the eyes of the girl I saw more love than all of the selfish hearts of the city had combined.

And then I knew she was not from this place. Not just in her physical life, but beyond it: the soul of her was from somewhere far away, somewhere within the stars in a sky you couldn’t see here. And I knew she longed for this place, wherever it may be.

Because she was so different from everybody here, so pure and true and real it usually scared most people. Even her own parents didn’t understand her.

Even she didn’t understand herself.

And I could tell she had changed, that she had tried to be like others in the past but it simply did not work for one as remarkable as she. A star could not become a sheep, no matter how hard it tried.

You simply cannot become less than what you are.

And I realized I was looking into a mirror.

And I knew that I had been dreaming.

Amanda Maloney is a witchy feminine creature nestled in between the hills, rivers and valleys of the magically feminine Pittsburgh, Pennsylvania. She loves horses, learning something new from everyone, play, being fabulous, and finding that spot of connection in all human affairs that she believes to be the residence of God. These days she is learning how to live from a plan, while also staying engaged in an active, organic, improvisational dance with Life. She devotes her time to practicing Orgasmic Meditation [OM], training as a life coach, and having engaging, nourishing conversations. Oh, and writing. If you want to contact her or see more of her witchy literary confections, visit her on her blog.