In Response To ‘Women Against Feminism’: It’s Time To Re-Educate Yourselves. 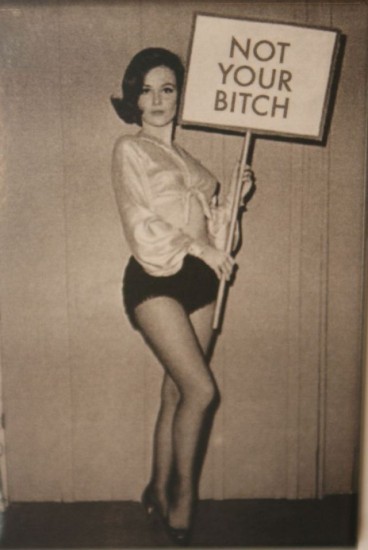 Forget the fact that there is a huge pay gap between men and women in every country in the world, that domestic violence and female body-shaming happens everywhere, and that rape and sexual harassment have nothing to do with location and nationality. Things could be much worse.

Many of my friends repeatedly tell me that I should not make such a big deal about sexism because I live in the urban areas of the third world country of Pakistan and women in rural areas have it much worse. At least I’m not in danger of being shot for going to school.

I have parents who raised me to be independent and ambitious and I have never encountered the restrictions and bondage that many women of Pakistan often have to face.

Never mind the fact that the representation of women in Pakistani parliament is only 21%, that only 21.7% of the labor force comprises of women, and that Pakistan ranks second to last in global gender equality according to the annual Gender Gap Index by the World Economic Forum. Things could be much worse.

A girl I know, Naheed, lives in a far-flung rural area of Pakistan. She was married to a man twice her age when she was 14. Now she is 17 and has a daughter. Her family tells her that she should be grateful because at least her husband does not beat or threaten her and earns money for the family.

Let’s just ignore the fact that a 14-year-old girl should be in school instead of married off to someone so that she can have daughters who might face the same fate. Things could be much worse.

A girl in Niger (which is consistently one of the lowest-ranked countries in the UN Human Development Index), Aysha, was sold in marriage to a Nigerian man. He mistreated her, locked her in her room for days, threatened her and raped her before she managed to escape.

But her mother tells her that at least he paid a huge sum to buy her, which helped the rest of the family. Forget the fact that… never mind, I’m done with making sarcastic remarks because no, things could be much worse.

A Bangladeshi girl, Nila, is an acid-attack victim. She was attacked by her husband at the age of 19. Acid burns cause tissue destruction for a long period until all the acid is neutralized. Nila was locked in her house for five hours after the attack. Nila wanted to go to school, pass her exams and get an education.

Her punishment for expressing her dreams to her husband was having half her face and neck burned with acid. But she has been told by some that at least her husband did not leave her after this incident. Things could be much worse.

Tell me, which of these women don’t need feminism?

I try to keep emotions separate from criticism while I write. However, when I read the placards and comments of social media campaign called Women Against Feminism (or WAF for short), it was hard not to get emotional and angry.

For people who have not heard of this campaign, the WAF is a movement started by women who believe that feminism is unnecessary or useless because according to many of them, sexism does not exist anymore.

Among other reasons for not needing feminism, I read comments like: I work in tech support and am treated with respect by all the men around me, and Men have worked tirelessly to put my assaulter behind bars, and No one speaks up for men who are victims of rape or domestic violence.

Although some of the statements made me laugh, for example, Society does not objectify me (yeah, okay), most of them just make my blood boil.

So to these women of the WAF campaign, I would like to say this: The problem is that you need to reeducate yourself. Many of you say that feminism is wrong because men face discrimination too. Speaking up for women’s rights does not mean feminism is okay with men being victims of domestic violence and rape.

But men being victims does not undermine that women are victims too.

For those of you who think that discrimination doesn’t exist, know that sexism does not end if you were treated with respect at your workplace or you have never faced any discrimination.

Maybe you are among the lucky few women who can say that they have never been affected by even the supposedly mild forms of sexism. For example, the expectation of society that women should be delicate and feminine and men should be tough and macho, along with crude comments and sexist jokes/putdowns.

If you are, I would congratulate the feminist movement; it is a victory.

Most women, however, are not so lucky. In Saudi Arabia, women are denied all forms of independent transport including driving a car or riding a bike. If they do not follow this rule, they can be arrested or even flogged. In China and India, infanticide of girls is a common practice.

All over the world, there is a tremendous gender wage gap. Women make less than their male counterparts for the same job. In Lesotho, women are not allowed to own land and are at a major disadvantage in legislation when it comes to inheritance rights. In many parts of Afghanistan, girls are banned from going to school.

There are countries in which women are killed for marrying of their choice, women are victims of acid attacks, women are persecuted for making their own decisions, women are stoned for being raped, and women are used as a currency in marriages.

So before you say that you do not need feminism, just answer the following questions for yourself: Did you vote in your country’s previous elections? Does it make you feel better that you have access to rape crisis and support centers? Do you have the right to divorce and birth control? Can you work outside your home?

If you answered Yes to any of these questions, then you benefit from the achievements of the feminist movement.

When you decorate that placard of yours with fancy handwriting telling the world why you do not need feminism, think about all the women who fought for the rights that you have today.

When you hold that placard of yours in your selfie and smile at the camera and tell the world why you do not need feminism, you tear down the sacred struggle that is the feminist movement. Over the years, thousands of people, both men and women, have died in the name of feminism, in their pursuit for equality.

Go ahead and say that you do not need feminism. You reject the power that gave you protection, liberation and a voice.

Tuba Sajjad is an extremely headstrong feminist, writer, political fanatic, martial artist and athlete. She has a brown belt in karate, and she hopes to change people’s lives with her writing one day, like many writers have changed hers. You can contact her on Twitter or Facebook.