I Am Enough: The Ritual of Recovery Part I. 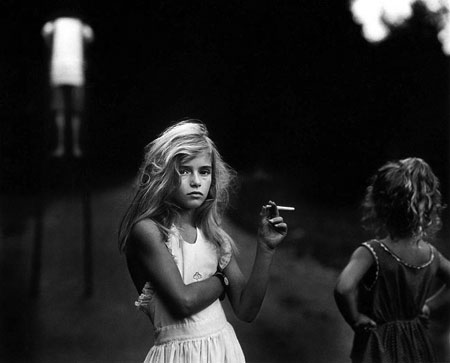 When you’re 15, you’ll do almost anything to be cool, to feel a part of the world around you. A few too many tragic stories start like this, but this one turns out magically.

Sitting on the ground outside my out-of-town friend’s home, hiding from her out-of-her-mind mom, smoking my way through my first, out-of-my-league joint, 1985. This exceedingly popular friend had very cute boys swirling around her, and she thought I was cute, which was not typical.

I’d worn glasses up until about two months prior, and was just starting to gain the attention of boys like those.

I’d have done almost anything to be part of that tribe.

And it was funny, as that first time smoking so often is — hilariously, mind-bendingly funny. It was extremely out of character for me — it simply wasn’t like me to be doing the wrong thing: I only knew it seemed like the coolest thing.

And because I was finally getting cool now, that night I had a date with a most handsome boy: two years older, blue-blue eyes and a clear agenda. He came to pick me up, took me for a movie, a smoke, and a make-out session in his car. It was agonizingly awkward and, in hindsight, one of the riskiest choices I’d ever made.

Luckily for me, he deposited me home safe and sound, forever changed: feeling awful for choosing to have my first time be in a car off the side of the highway of all things, yet feeling on top of the world because it was with the likes of him. Him with a cool name and a cool car and a cool face.

So that was my first day smoking pot. It wouldn’t ever ruin me: I cared way too much about grades to let it get me much farther off-track than a B-minus average during one quarter of high school.

For me, pot quietly lurked everywhere, for years, calling to me to smoke increasingly more frequently, in order to start the day off right or to get creative or to take a break or because if I have just this one little puff I’ll feel so much better about myself today.

Not all was ever lost, though, which I think is what made it so hard to finally give it up almost 30 years later.

I wasn’t one of those who fell into more dangerous addictions: I dabbled in other drugs, but this one was mine. On the surface of things, it never destroyed my life. It only burned little holes in my soul and made me progressively more sad, under the auspices of making me more happy.

I took off for 3 1/2 years as soon as I met my son’s daddy: I knew I was going to get pregnant and breastfeed. Once my son turned two, I was thrilled to get high again — I was a mama, so those first few times seeing myself through my high eyes was downright exquisite, like the first time all over again.

I’d had a kid, I was highly functioning, and making a delicious life happen for myself. Within a few months of starting again, though, the wonder of the high faded, and the stronger need for the high set in.

It took six more years to finally let it all go.

And while it would never kill me, my addiction kept me making poor choices that opposed my rich purpose in this world. I was a slave. The promise of this high held my mind and my body so tightly, and shut down a part of my heart that was meant for far higher purposes.

There was nothing I could do, and had seemingly no reason to change, for a long time. I had everything: the most loyal and hilarious friends, a beautiful home, an exceptional kid, a handsome partner, a job that I love.

Except that I was starting to notice that I began at least three days each week with a morning puff off a joint just to get the day going.

Just to ease the feeling that I’m not enough.

Teaching Yoga and meditation ​since 1999, Elena Brower is known and beloved internationally for her​ resonant, relevant voice.​ She’s co-created Art of Attention, a beloved Yoga workbook, now translated into five languages, along with a deck of visually profound healing cards to inspire daily practice. Devoted to meditation as our most ​healing ​habit, she’s created potent online coursework, available on her site, and has produced a film, On Meditation, sharing intimate portraits of meditation from the vantage point of both teachers and practitioners. You can practice with Elena on Yogaglo.com.