Remember When Everything Felt Like The End Of The World? Well, It’s Still Here, But Different. 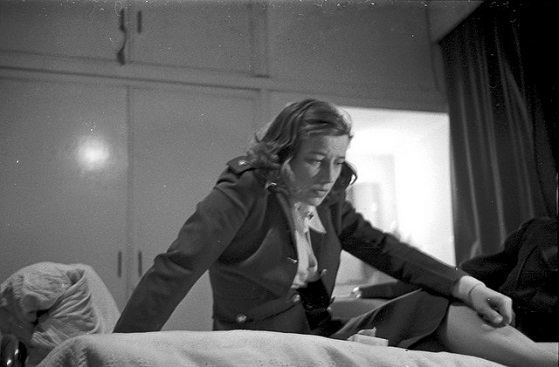 “Remember?” my friend said through the phone, “Remember when everything felt like it was the end of the world as teenagers, and how that feeling ended when we were 28?”

She finished her sentence with a certainty, but I quickly chimed in, “It ended? No, it still feels like the end of the world when things end… especially relationships.” We continued our conversation, and as we talked, we discussed the fact that we get accustomed to endings but the feeling of the ending never quite goes away.

After I got off the phone, I thought about whether or not the world stopped ending when things came to an end. I did not really have an answer for that, but instead snapshots of endings come and gone from my past.

The sadness I felt when I realized by seven-year-old body no longer fit into my favorite, ruffled chiffon yellow dress that I wore as a toddler. It was a particular day I kept tugging on it as my ears ignored the sound of tearing.

The passing of my maternal grandmother. I sat in the funeral home listening to the chatter of my Aunt Pat, and all I kept thinking was that I wanted some silent alone time with her body to say a goodbye in my own way.

As quickly as I traveled to Georgia for the funeral, I was back at work the following week, having made little space to reflect on her death and the fact that a world that I wanted to know, the space that included getting to know my grandmother after 14 years of estrangement, did end for good.

Then there was saying goodbye to a car (and of course I’ve had many of those moments). This past January, I unceremoniously cleaned out my car that died. It was a gift from a dear friend, and it gave me seven months of not feeling so stuck in a small town, a taste of adventure and options.

I procrastinated tending to this task of cleaning it out because a large part of me did not want to feel stuck without the transportation I’d been relying on. I had 20 minutes to clear away the snow, grab my crap, make peace with anything mistakenly left behind, and say farewell.

I made several trips between my car and the car I borrowed, while trying to navigate the snow that created a cradle around my car, essentially burying it.

Whether it was a dress outgrown, a goodbye to a loved one, or coming to terms with being a pedestrian again, a world as I knew it in each of these instances ended. From my days as a youth to now, the intensity of my worlds disintegrating did not lessen, but at certain times, I developed a certain understanding or numbness.

Was the world ending feeling supposed to be a sign of emotional maturity or adulthood once that feeling stopped occurring? If so, I apparently failed because there was still a level of theater and reaction while I navigated making sense of it all.

As a number of things in my life ended — marriages, friendships, jobs — it prepped me for the making and unmaking of new lives and new worlds. They’ve not become easier, nor have they lent any more emotional wisdom, other than my becoming adept in knowing and remembering to ride the wave.

As a world ends through tragedy, circumstance, or something as innocuous as favorite clothing outgrown, something else always takes shape.

Yet, within that moment, just like that intense feeling as a teenager and young adult (you know, the feeling that I said does not go away? That feeling!) my world, which is an extension of myself, is unmade as I feel pieces unmade by it all.

What feels different now is that I’ve given myself permission to honor that feeling while attempting to remember that something else is being made within that moment of unmaking.

As I thought about all of this, I realized that perhaps my friend was right, and yet, maybe there is some truth in the fact that endings still feel intense. A world or a moment does indeed end, causing a reaction and leaving behind the residue of feelings that are sometimes unnamed.

Sometimes I remember that another pattern of good, bad, or indifference is woven as all of that is taking place.

And a final note to all of the young ones wondering if that intensity of a world ending goes away, it doesn’t.

To the adults questioning if they have a right to dread the unmaking because it is a feeling of reserved for the so-called unwise youth, you have a right

Shanta L. Evans-Crowley currently lives in Brattleboro and frequently likes to cultivate her imp by dining on her passions of photography, writing, belly dance and whatever else tickles her fancy.