The Sport Of Forgiveness. 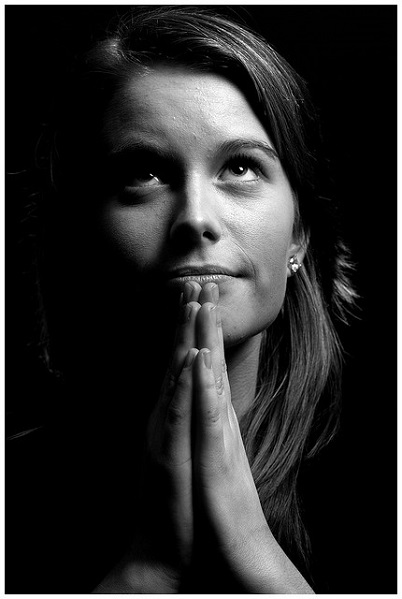 Sometimes my mailbox reminds me of Miss Storer.

Invariably, whenever our third grade class least expected it, Miss Storer would announce a Just Because day. Bye-bye, usual routine. Hello, Adventure. We would sing, dance, draw, play games you didn’t have to be an Olympic contender to enjoy — all just because. Then we’d finish out the day listening to a recording of Peter and the Wolf while we cleaned out our desks.

50 years later, I still hum Peter’s Theme as I organize my desk. Ditto my cupboards, closets and, sometimes, even my mailbox…

However, when I found a copy of Sports Illustrated addressed to me in the mail, Peter’s Theme gave way to a Wolf’s bay of laughter. Sure, some marketers sent it just because they hoped I’d subscribe, but they’d hit no home run. Only a mushroom lacks the sports gene more than I do. And even a mushroom gets picked. No team wants klutzy, flatfooted me on their roster.

So what was The Universe telling me? Why, of all the magazines out there — 200,000 worldwide, say estimates — did it plunk this one in my mailbox?

Was the Universe telling me to become an Illustration? An Illustration of a good Sport? God knows, I hadn’t been much of one lately.

“I’m sorry, Mom,” my daughter texted after I shared some challenging news, “this person sounds like a real dick.”

Since the words I had muttered only moments earlier regarding this person were self-righteous, smug, little prick, the fruit in our family obviously doesn’t fall far from the tree. But the Big Orchard I hail from is in Lebanon… and look what a mess that part of the world is because it is a sacred right (and rite) there to hold a grudge.

Nevertheless, at first I did my heritage proud. I raged, I condemned, I aimed arrows. I cast Great Walls of verbal stones. Yet, really, where did this get me? Not to China, that’s for sure, although I did have a first class ticket to another Great Wall called My Heart.

And I was both travel agent and tour guide. “We are each our own devil,” said Oscar Wilde, “and we make this world our hell.”

In other words, while we can usually stop heaving last night’s tainted supper within 24 to 48 hours, the plague of perpetual victimhood keeps us projectile vomiting old grudges and grievances until, quite frankly, our heart gives out from the strain of it. Our soul, meanwhile, died rages ago, incinerated by hatred.

People used to try fighting the plague with charms and incantations. Modern medicine hasn’t much use for these… but there is an incantation that works like a charm for me. “If you change the way you look at things, the things you look at change.”

Thus, thanks to Dr. Wayne Dyer, I am looking hard at the Four Most Challenging People in my life… and the first thing I have noticed is that three of the four have first names that begin with C.

How quickly I veer off course.

If you change the way you look at things…

Change — a great C-Word! And accompanying Change is Choice. Like cheese on a meatball, Choice makes Change tastier.

“Be miserable,” Dr. Wayne continues, “or motivate yourself. Whatever has to be done, it’s always your choice.”

Adds Victor Frankl, whose roster of C-people included Nazis at Auschwitz, “Between stimulus and response there is a space. In that space is our power to choose our response. In our response lies our growth and our freedom.”

Easier said than done, no doubt. Yet just as one of my heroes — Atticus Finch in Harper Lee’s To Kill a Mockingbird — rescued Tom Robinson from lynching by an angry mob, so Atticus protects me from the urge to lynch those who’ve lynched me, to demand an eye for an eye, to become a Hatfield to my C-people’s McCoy.

“You climb into his skin,” Atticus advised his daughter Scout, “and walk around in it.”

Frankly I don’t have to Climb into my C-people’s skin to realize that they are walking around with serious pain in their pasts. It’s overt. But what I didn’t realize was that their toes were aching as well. When you stub your toe, what’s your first impulse?

I am the damn sofa in my C-People’s living rooms.

Worse yet, I was way more of an active participant in their bruising than a sofa. I can’t even claim that I didn’t know my actions would wound them. I knew very well that they would; and, while my heart broke at the prospect of their pain, it didn’t stop me from doing what I did either.

One day you finally knew
what you had to do, and began…
“Mend my life!”
each voice cried.
But you didn’t stop.
You knew what you had to do…
though their melancholy
was terrible…
But little by little,
as you left their voices behind…
there was a new voice,
which you slowly
recognized as your own,
that kept you company
as you strode deeper and deeper
into the world,
determined to do
the only thing you could do —
determined to save
the only life you could save.

I can quote these lines from Mary Oliver’s The Journey to kingdom come, but it still gives me no right to bitch that my C-people loathe me for saving my own life rather than theirs. There is, you see, another C word…

Oh, how I loathe Consequences — the psychological equivalent of a pair of Spanx. Consequences not only squeeze us, they often spank us too. For a people-pleaser who wants everyone to love her, the possibility that my C-people will never forgive me packs a whuppin’ of pain.

But they are in an even worse place.

“As long as we justify our own hard-heartedness and our own self-righteousness, joy and peace will always elude us,” warns Buddhist teacher Pema Chödrön.

Or perhaps, like me, you’ve prayed these words by rote, rarely mulling what they really mean: “Forgive us our trespasses as we forgive those who trespass against us.”

I can’t speak for my C-people, but when I’m in you-done-me-wrong mode, I am not joyous. I am not peaceful. And I am certainly not living up to the example of Our Father. Instead I roil like the lagoon in my park on a stormy day… and all sorts of stinky sediment arises — plastic bags, paper cups, cigarette butts, indefinable muck. Someone must get out a skimmer. Someone must remember their Atticus and practice Compassion.

I liken them to the acorns lining my walkway. Within their practically impermeable shell is a radiant seed. But will they allow these kernels of Divinity to take root and become tall oaks?

Will you? Will I? Are our hearts soft, fertile, expectant… or impregnable? Very little grows on jagged rock, Rumi reminds us.

What does grow on rock is lichen. Yet, rather than creep along on stony ground, I would much rather stretch high, opening my strong oak-limbs to the sun, clouds, birds, breeze, moon, stars and pearly gates of today.

Lebanon’s national symbol is the Cedar tree. And what does a Cedar symbolize? Cleansing and peace.

“How people treat you is their karma,” says Dr. Wayne, “how you react is yours.”

I scribbled these words, after I pondered this a while:

Poor stunted tree,
I will shade you
as I water you
with dew I fetch
from the Sun,
in buckets
winding from my feet
to the sacred wash of stars
above me and beneath my feet,
for possibly forever.

Yes, my arm is wearying. Yes, my wrist aches. Yes, my fingers are trembling. But extended my hand will remain until, God willing, when they are willing, my C-people take it and we resume walking. Except now, instead of choosing pathways abysses apart, we collect between us so many acorns that our basket spills over, leaving a trail in the wet grasses for others to follow.

Jenine Baines is a retired publicist who’s replaced press releases with poetry and plants. Eventually, it dawned on her that a book of essays -- An Archaeologist in the Garden: Excavating Lessons on Blooming from the Dirt -- was germinating as she weeded, amended soil, and planted to terraform the blight called a back garden at the funky little rental house in LA she shares with her partner.