The Science Of Developing Mental Toughness In Your Health, Work, And Life. 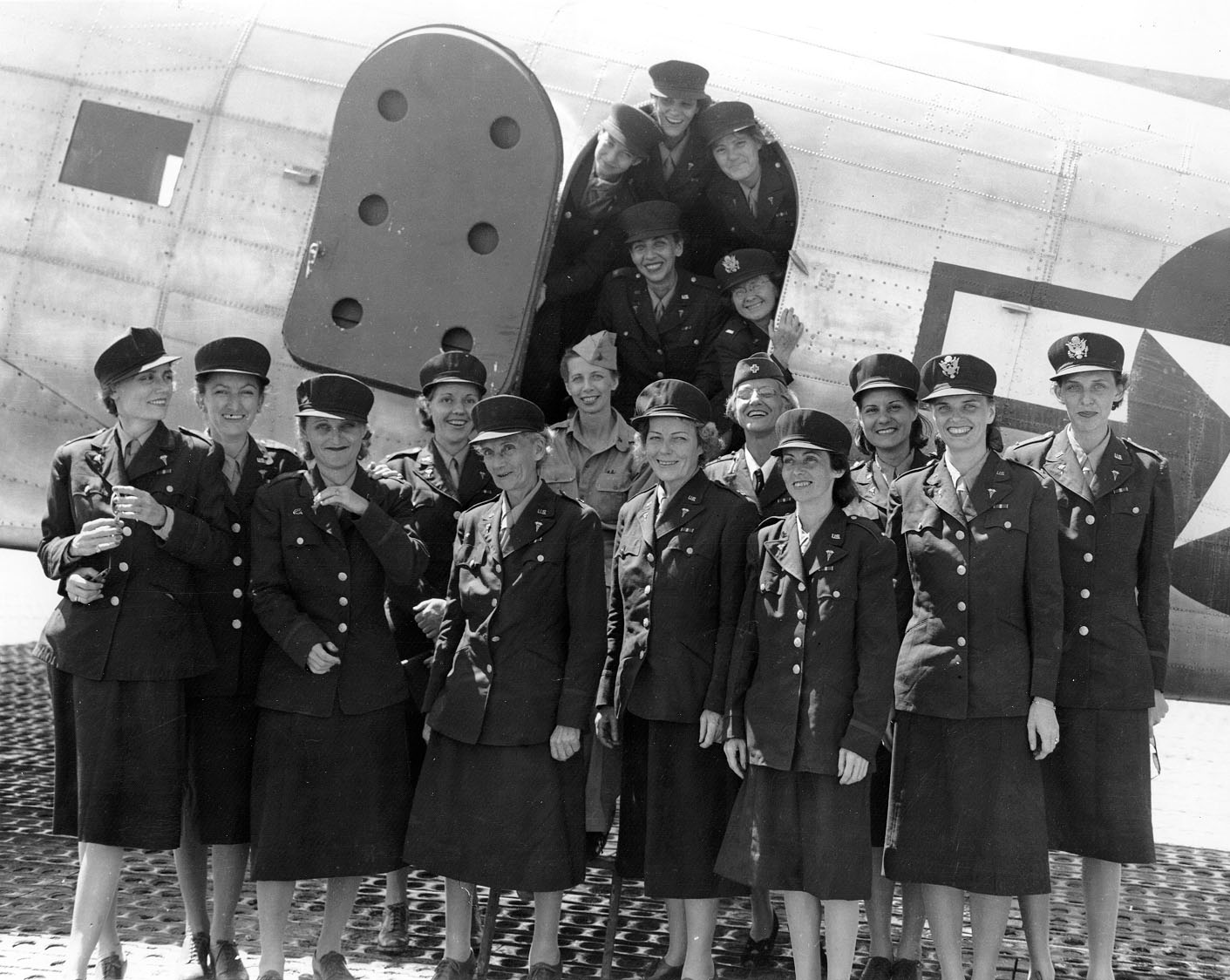 Have you ever wondered what makes someone a good athlete? Or a good leader? Or a good parent? Why do some people accomplish their goals while others fail?

What makes the difference?

Usually we answer these questions by talking about the talent of top performers. He must be the smartest scientist in the lab. She’s faster than everyone else on the team. He is a brilliant business strategist.

But I think we all know there is more to the story than that.

In fact, when you start looking into it, your talent and your intelligence don’t play nearly as big of a role as you might think. The research studies that I have found say that intelligence only accounts for 30% of your achievement — and that’s at the extreme upper end.

What makes a bigger impact than talent or intelligence? Mental toughness.

Research is starting to reveal that your mental toughness — or grit as they call it — plays a more important role than anything else for achieving your goals in health, business, and life. That’s good news because you can’t do much about the genes you were born with, but you can do a lot to develop mental toughness.

Why is mental toughness so important? And how can you develop more of it?

Let’s talk about that now.

Each year, approximately 1,300 cadets join the entering class at the United States Military Academy, West Point. During their first summer on campus, cadets are required to complete a series of brutal tests. This summer initiation program is known internally as Beast Barracks.

In the words of researchers who have studied West Point cadets, “Beast Barracks is deliberately engineered to test the very limits of cadets’ physical, emotional, and mental capacities.”

You might imagine that the cadets who successfully complete Beast Barracks are bigger, stronger, or more intelligent than their peers. But Angela Duckworth, a researcher at the University of Pennsylvania, found something different when she began tracking the cadets.

Here’s what she found out…

It wasn’t strength or smarts or leadership potential that accurately predicted whether or not a cadet would finish Beast Barracks. Instead, it was grit — the perseverance and passion to achieve long-term goals — that made the difference.

In fact, cadets who were one standard deviation higher on the Grit Scale were 60% more likely to finish Beast Barracks than their peers. It was mental toughness that predicted whether or not a cadet would be successful, not their talent, intelligence, or genetics.

When Is Mental Toughness Useful?

Duckworth’s research has revealed the importance of mental toughness in a variety of fields.

In addition to the West Point study, she discovered that…

And it’s not just education where mental toughness and grit are useful. Duckworth and her colleagues heard similar stories when they started interviewing top performers in all fields…

“Our hypothesis that grit is essential to high achievement evolved during interviews with professionals in investment banking, painting, journalism, academia, medicine, and law. Asked what quality distinguishes star performers in their respective fields, these individuals cited grit or a close synonym as often as talent. In fact, many were awed by the achievements of peers who did not at first seem as gifted as others but whose sustained commitment to their ambitions was exceptional. Likewise, many noted with surprise that prodigiously gifted peers did not end up in the upper echelons of their field.” ~ Angela Duckworth

You have probably seen evidence of this in your own experiences. Remember your friend who squandered their talent? How about that person on your team who squeezed the most out of their potential? Have you known someone who was set on accomplishing a goal, no matter how long it took?

You can read the whole research study here, but this is the bottom line:

In every area of life — from your education to your work to your health — it is your amount of grit, mental toughness, and perseverance that predicts your level of success more than any other factor we can find.

In other words, talent is overrated.

What Makes Someone Mentally Tough?

It’s great to talk about mental toughness, grit, and perseverance… but what do those things actually look like in the real world?

In a word, toughness and grit equal consistency.

Mentally tough leaders are more consistent than their peers. They have a clear goal that they work towards each day. They don’t let short-term profits, negative feedback, or hectic schedules prevent them from continuing the march towards their vision. They make a habit of building up the people around them — not just once, but over and over and over again.

Mentally tough artists, writers, and employees deliver on a more consistent basis than most. They work on a schedule, not just when they feel motivated. They approach their work like a pro, not an amateur. They do the most important thing first, and don’t shirk responsibilities.

The good news is that grit and perseverance can become your defining traits, regardless of the talent you were born with. You can become more consistent. You can develop superhuman levels of mental toughness.

In my experience, these three strategies work well in the real world…

1. Define what mental toughness means for you.

Whatever it is, be clear about what you’re going after. Mental toughness is an abstract quality, but in the real world it’s tied to concrete actions. You can’t magically think your way to becoming mentally tough, you prove it to yourself by doing something in real life.

Which brings me to my second point…

“You can’t become committed or consistent with a weak mind. How many workouts have you missed because your mind, not your body, told you you were tired? How many reps have you missed out on because your mind said, “Nine reps is enough. Don’t worry about the tenth.” Probably thousands for most people, including myself. And 99% are due to weakness of the mind, not the body. ” ~ Drew Shamrock

So often we think that mental toughness is about how we respond to extreme situations. How did you perform in the championship game? Can you keep your life together while grieving the death of a family member? Did you bounce back after your business went bankrupt?

There’s no doubt that extreme situations test our courage, perseverance, and mental toughness… but what about everyday circumstances?

Mental toughness is like a muscle. It needs to be worked to grow and develop. If you haven’t pushed yourself in thousands of small ways, of course you’ll wilt when things get really difficult.

But it doesn’t have to be that way.

Mental toughness is built through small wins. It’s the individual choices that we make on a daily basis that build our mental toughness muscle. We all want mental strength, but you can’t think your way to it. It’s your physical actions that prove your mental fortitude.

3. Mental toughness is about your habits, not your motivation.

Mental toughness isn’t about getting an incredible dose of inspiration or courage. It’s about building the daily habits that allow you to stick to a schedule and overcome challenges and distractions over and over and over again.

Mentally tough people don’t have to be more courageous, more talented, or more intelligent — just more consistent. Mentally tough people develop systems that help them focus on the important stuff regardless of how many obstacles life puts in front of them. It’s their habits that form the foundation of their mental beliefs and ultimately set them apart.

Here are the basic steps for building a new habit and links to further information on doing each step.

Mental toughness comes down to your habits. It’s about doing the things you know you’re supposed to do on a more consistent basis. It’s about your dedication to daily practice and your ability to stick to a schedule.

How Have You Developed Mental Toughness?

Our mission as a community is clear: we are looking to live a healthy lives and make a difference in the world.

To that end, I see it as my responsibility to equip you with the best information, ideas, and strategies for living healthier, becoming happier, and making a bigger impact with your life and work.

There will always be extreme moments that require incredible bouts of courage, resiliency, and grit… but for 95% of the circumstances in life, toughness simply comes down to being more consistent than most people.

Thanks to my good friend Bryan for writing about toughness and sparking my interest on the topic.