The Wild Mother Rides the Seven-Headed Beast: A Prophecy for the End of Days. 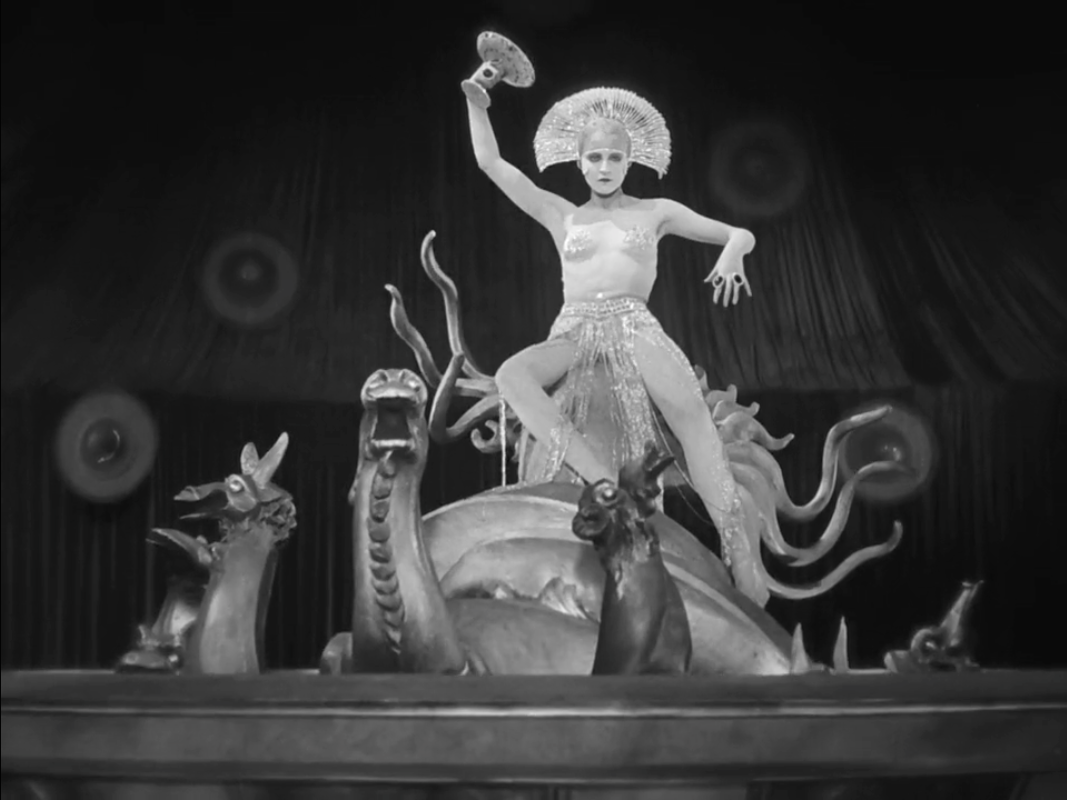 We Wild Women have prophecies of our own, though they cannot be contained within any mass-produced, linen-covered book. You will not find our stories in the nightstand by your hotel bed; not yet, anyway.

Our divinations are scrawled in blood on stone, painted on tree bark with our spit, and dug deep in Gaia’s loam with our sharp nails. We, too, have seen the End of Days, and, ye evangelists and fundamentalists of little faith, we want you to know that our stories do not exactly match yours.

The saint’s revelation had three things correct; the Great Wild Mother was found deep in Her blessed wilderness, indeed adorned with blood-red scarlet robes, and riding a massive seven-headed beast. They called Her the Whore of Babylon, the Mother of all Harlots and Abominations of the Earth, and they wrote of Her doomed fate.

They spoke of Her promiscuity, love for wine, and sinner’s lust, and they promised Her beast would be cast into the lake of fire. They foretold of their own Armageddon, and their lips quivered with fear when they spoke of the one who could rock their world to its foundations.

So long had we been spoon-fed these hot lies, blazoned with fire and brimstone and burning our throats with thick misogynistic lava, we truly did not know what to expect when we went looking for Her, my sisters and I.

The lies had taken deep root in our feminine psyches long ago, when we were too young to guard against even the grossest deception, but our guts and our bones had always known the truth; that’s why we went looking for Her, hoping to find our maternal redeemer who would bring an end to so many years of patriarchal dominion, boundless power hunger, and institutionalized prejudice.

You see, my kindred Wild Women and I went looking for Her because we had no choice.

For years we wandered in the Wild, hoping to find Her. We endured countless woundings by the hands of those who claimed to love us: We only want the best for you, they said. Stop this nonsense and come home to your fathers. Be a good girl, now, and do as you’re told. We lost a few of our tribe along the way, to be sure, but our numbers were growing.

Every night, the silver moon would shine on more tired faces come to join us in our aimless pilgrimage; young mothers brought their babes, grey-haired elders brought their sage wisdom, awakened men brought their fierce support, and they all had packed the Holy Wild in their knapsacks.

When we finally found Her, just as a red sun was rising, our numbers were in the millions. Deep in Gaia’s mountains, She was. She straddled a great, seven-headed wolf with fourteen, knowing eyes, its massive paws wading in a fertile river. They had said the beast was marked with unholy names, but they lied; it was tattooed with the most beauteous poetry of raw desire and feminine fortitude.

We all wept when we found Her, and the sound of our sobbing en masse thundered through the ancient trees, heralding the birth of the new world like a laboring mother’s final guttural groan.

Our impassioned weeping slowly morphed into a war cry, and Her beast joined us with seven heads howling at once. We had found Her just in time, you see. We found Her just at the End of Days when our Earth was on its death bed, choking under the weight of thick-smoked greed and heartless consumption. We found Her just when the powers-that-be had been irrevocably bound to the very ills that needed controlling and limitation.

Yes, we found the Great Mother at the eleventh hour, and She stretched Her soft arms out to us all.

She knew we spoke Her wild language, and Her dark eyes were wet with gratitude. She had been waiting for us, you see. She knew we were coming, praying to every full moon that we would make the sacrifice. While we trudged through the many seasons of our own shame, She lit candles for us. When we cradled the dying bodies of those shot in the name of fear, She bellowed the names of the dead deep into the night.

When we wrenched our daughters from the arms of those who thought they could buy them, Her wolf howled the holy verses so mournfully that we heard them in our dreams.

When the sounds of demanded vindication ceased, when we finally fell silent in the late afternoon sun, the Wild Mother began to speak. Her red lips dripped with promises of awakening, and we knelt on the muddy ground. She spoke of a great dismantling, when the golden structures of the colonizers would crack, crumble, and fall. She spoke of the marriages of sex to spirit and pan-gender equality.

Indeed, She spoke of the End of the Unholy Days, and dawn of the newly awakened feminine age. We held each other, all of us in our wild tribe, while She told us of our duty to be erotically innocent, unapologetically passionate, and raucously vocal. We raised our left hands high in solidarity when She told us it was time to rise, and we stood and danced in a whole-body prayer when She sang hymns to the Mystery.

A path was made for Her and the great beast just as the fire-winged angels flew down from the Ether to stand beside Her. We saw the ghosts of burned women and holy healers who hung from the noose-ends rise up from the ground, and every human being of every age and every culture who was condemned in the name of a false divinity descended and ascended, holding our hands as we followed Her.

Ours was the funeral procession for the uninitiated society into which we were all born. We marched as Witch Warriors march, casting healing spells with our bare feet onto the only church-ground we had ever found sacred.

We followed the Mother out of Her wilderness and, indeed, it was the End of Days, for no longer did we have to hide our wild spirituality or bare-breasted beauty. We outnumber you, evangelists, and our prophecies are holier than yours.

This is our homecoming, Her second coming, and even your best-laid plans and deepest pockets will not stop us. She has returned to wake all who sleep, to drive a sword into the stone bellies of the ego-mad, and to restore order to our wounded, weeping world. By Her grace, we will all be saved. She is the Alpha and the Omega, the beginning and the end. So mote it be. 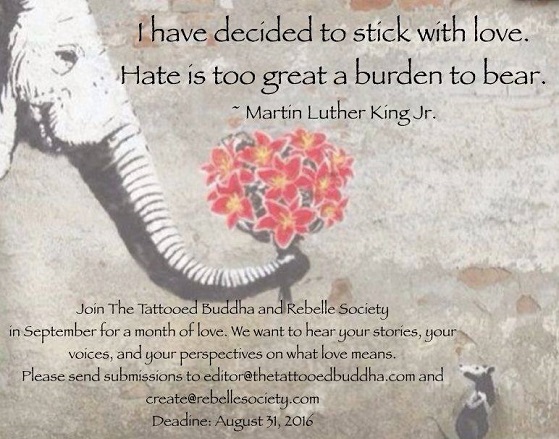 Danielle Dulsky is a longtime activist for wild woman spirituality and the divine feminine’s return. She is the author of the soon-to-be published Woman Most Wild: Liberating the Witch Within (coming May 2017, publisher New World Library) and is on a mission to inspire women to be fearless creators of their sacred work. She holds the highest designation from Yoga Alliance as an E-RYT 500, is the founder of the fully accredited Living Mandala Yoga teacher training programs, and believes in holistic healing for the sensual, creative, and spiritual self. Her work is grounded in holding space for women to harvest their inner Priestess through personally relevant movement alchemy, intuitive artistic practice, and divine feminine spirituality. Danielle leads women circles, Witchcraft workshops, energy healing trainings, and basic (200-hour) and advanced (300-hour) Yoga teacher trainings in Phoenixville, Pennsylvania. She believes that all women alive today are meant to be instrumental in supporting positive social transformation through wild woman spirituality, reclamation of the name Witch, and the magick of sisterhood. You could contact her via email.