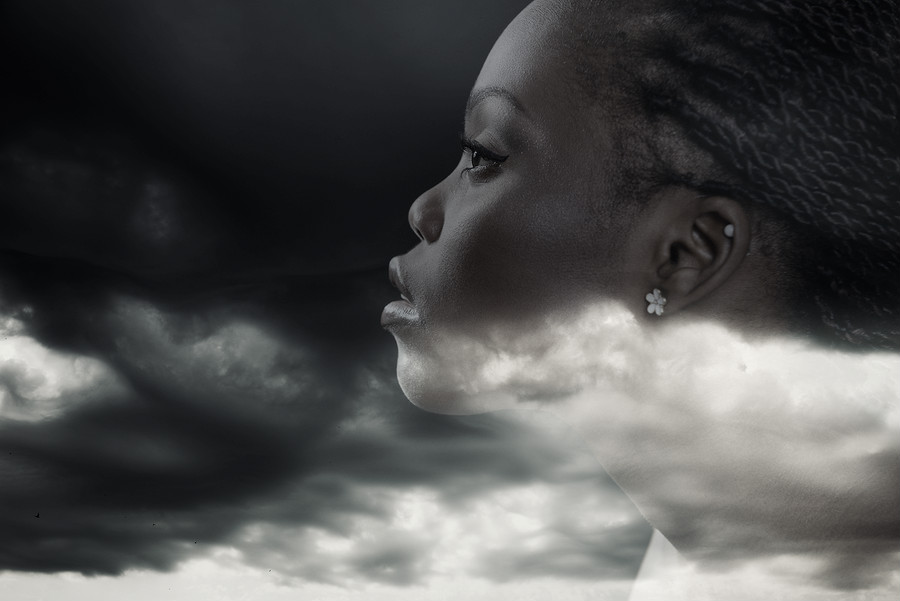 “Life has this funny way of continuing, kid.” ~ My Dad

I rented a car to drive three and half hours north because my Jeep Cherokee was without air conditioning — a typical first world problem. The sun was unbearable as the East Coast entered Day Four of a weeklong heatwave, and traffic on I-95 would have just made it worse. When I got to the rental dealership, the manager informed me that the economy car I reserved in advance was no longer available.

“Would you mind taking a new Mercedes Benz instead?” the manager asked. “Sure,” I responded. “I might as well indulge,” I reasoned.

When I arrived at the hospital to visit my father, all was as his doctors had reported. He was disoriented and confused after surgery, but otherwise, doing well. My dad had a small tumor removed from his pituitary gland, which seemed almost appropriate; he had always been fascinated by this major gland of the body, and studied well its function and significance.

I was caught off guard by the irony, and of course, concerned about the risks of his procedure. Dad knew his daughter, but was experiencing short-term memory loss.

As my father continued to ask the same questions over and over, I found myself escaping the hospital room to a longing in my heart for a man I had wished could love me in that moment. The harder I thought about this person, the greater the tingling sensations grew throughout my entire body.

I would often experience such paresthetic reactions whenever he crossed my mind, and wondered if it was a kind of psychic confirmation that he was thinking about me too. Before I could shed a tear for a love unrealized, I came back to the room, suddenly laughing at a joke my father had just made.

When we left the hospital, my stepmother and I chatted and bonded as we always did. I expressed my own disorientation that the day just didn’t feel like today. She asked me to explain; I wasn’t sure if it was the lingering effects of the Full Moon/lunar eclipse we had earlier that morning, or if I was simply taken aback by my father’s slight neurosis.

It was the middle of the week, and I was away from work on an unplanned trip, driving a Mercedes to visit a parent who wasn’t fully there. I was feeling off, to say the least, as if I had entered another realm.

“I did see that Full Moon,” my stepmother responded. She continued that it reminded her of a dream she had a few months ago of two lost fish, both out of water. In the dream, she wasn’t sure if the fish would survive. But the minute they found their way back into the water, they swam just fine. “That dream was about your father who is lost right now,” she said, “but he will find his way.”

My dad is a Pisces, the zodiac sign symbolized by two fish swimming in opposite directions. The dream my stepmother had was actually a premonition, which prompted me to share my dream, also about my dad being lost and out of water. The common thread in our recounting was uncanny, and equally reassuring.

I couldn’t help but acknowledge with great awe the power of women — our intuition, inner knowing, and those messages received in dreams that alert us to events playing out in our waking lives. I dropped my stepmother home, and headed back south.

I was in rare form that evening, feeling alive and attuned as I cruised down I-95. The moon was still full and bright, and riding shotgun, while I was in a trance of deep reflection. I thought of my dad’s kindness and gentility, which I hoped would rub off on me in my care for him. I reflected on the ways in which life can twist and turn, all things unplanned, and loves lost.

I was uplifted by the support of family and friends who reached out to me that day just to check in. I confidently took ownership of my divine gifts as the seer and knowing woman that I am.

Overwhelmed with gratitude, and hyper-sensitized by an acute awareness, I welcomed the interruption of my sister who called to discuss nothing in particular. We gossiped about men and chemical peels. I bragged about driving a Mercedes Benz. After an hour, we said our goodbyes; she had succeeded in bringing me back to the present moment. I turned my playlist up as K.D. Lang did her thing. The moon continued to guide me home.

Back at my apartment, I poured a glass of wine, and began to mentally file away the events of the day. I browsed my newsfeed on Facebook, and saw that a friend had posted a video about Omran Daqneesh, the boy from Aleppo, Syria, who was rescued from rubble after his apartment complex was bombed in an airstrike.

The footage of this five-year-old child sitting in an ambulance was haunting, as I watched this little boy in total shock wipe blood and dirt from his face. When he realized that the blood and dirt were now on his hands, he feverishly tried to clean it off as if not to be caught by his parents, similar to how most of us would hide when we made a mess of ourselves as innocent children.

I had seen this video a few times, and began to weep when it was reported that his older brother died from his wounds. He was only nine years old. “If I was there,” I lamented, “I would have held you in my arms and hummed you a hymn until you fell asleep.” A growing sense of powerlessness began to consume me. I felt powerless over my dad’s recovery. I felt powerless to help Omran.

Depleted from the day, I finally carried myself to bed, and prayed for relief from the weight that I was carrying. I felt like a vessel filled with thoughts, emotions, desires, and truths that were all at once exciting, mundane, sad, and melancholic. In a strange way, I was humbled by my ability to sit with the many sentiments that bubbled to the surface throughout the day, and yet I was afraid that my father might not ever be the same.

I felt grounded by the love and well wishes thrown my way, and at the same time, numb from the news reported around the world.

Eventually my body succumbed to an exhaustion that was soul-deep. There was nothing left to do but close my eyes. With each restful breath, the silver light of the moon grew brighter, trickling into my bedroom window, cradling me to sleep. I found comfort in knowing that in just a few more hours, the sun will have taken the moon’s place, cradling me awake to a brand new day.

Tracey L. Rogers is an astrologer, life coach, activist, world traveler, lover of love and seeker of depth. She is also a Leo with a Virgo Ascendant, for those of you just dying to know. Her interests include music, spiritual topics and readings, as well as living room dance parties when she’s alone in her apartment. Meanwhile, Tracey is currently on the biggest quest of her life, which involves recognizing her inner light and letting it shine for the world. When she is not writing horoscopes or drinking cappuccinos, she is usually hanging out with her badass friends or at her local café. To find out more about Tracey and her work, you can visit her website; you can also find her on Facebook, Twitter, and YouTube.