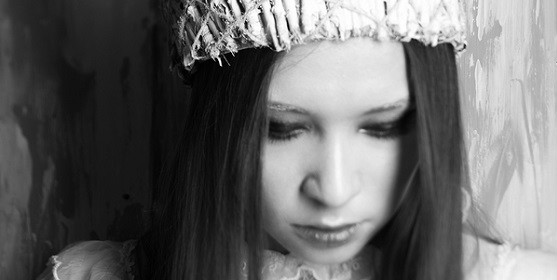 Holiday dinners can be tricky and triggering.

For the majority of us, the good outweighs the bad. For some, holiday gatherings can be the most grueling and the unhappiest time of the year. The weeks before and after Thanksgiving are usually very busy for therapists, but this year, it has felt like post-Thanksgiving repair time since the election.

The biggest and most common challenge that I’ve seen my clients struggle with over the years, and especially this year, is the extreme threat to their sense of reality and sanity when reunited with their families of origin and relatives, who hold different (bigoted or insensitive) views about key aspects of their core existence and humanity.

For instance, some of my LGBT clients with homophobic parents and family members may be out to some, but not to all of their family members. A few are not out at all about many other things beside sexual orientation — i.e., a history of sexual abuse, a rape, an interracial relationship, an eating disorder or other mental health issue.

Attending or choosing not to attend the dinner gathering are equally painful choices. Hiding important aspects of ourselves is hard, but hearing bashing comments about these very things that are near and dear to us, not just from strangers, but from those supposedly near and dear to us, is crushing.

Not getting to bring partners and loved ones, when everyone else is, can be unbearable for others, and those disowned by their families don’t have any of these shitty options to chose from, even if they wanted to.

Growing up in this kind of a neutral, homophobic family environment situated within a neutral, normal, and objective hetero-normative community and larger culture understandably causes the hate to seep in and turn into self-blame, shame, and self-loathing.

Sadly, healthy defiance by brave rebels who are simply resisting and fighting for their basic rights and well-being is often framed, reduced, and dismissed as a political stance — liberal, democrat, progressive — rather than regarded as an authentic desire and inalienable birthright to connect from a human place.

In a similar but opposite vein, the unexamined, neutral homophobic stance — or flippant notions about racism, sexism, xenophobia, sexual abuse, women’s bodies — is justified as an unquestionable norm, as a religious value, a policy, freedom of speech, or is circumscribed as a political view by those able to do so.

This is conceivable, because the opposite view doesn’t deny or threaten their core existence in the same way. Objections to this covert bigotry and other institutionalized -isms are flipped around and reconstructed as impositions of infringement, intolerance, and overreactivity by the mistreated and disenfranchised persons.

“It’s a real mindfuck,” one of my African-American clients said. She has trouble staying real with friends from the many different walks of life she’s met during her military service.

“The claim that a Trump vote was purely for career or policy reasons is similar to saying that the holocaust was about economic strife and ignoring the antisemitism propaganda and atrocities that Jews suffered for ‘stealing jobs.’ It sounds similar to people excusing racist jokes or black faces painted on by White university students as ‘people or kids being dumb,’ as if being dumb and racist can’t be mutually exclusive.

It’s like saying ‘kids will be kids’ when they use racial slurs in their bullying. The racism factor is such an accepted norm that is defended and at the same time denied as a separate or real thing or threat, because it doesn’t affect those in dominant and privileged positions in the same way.

To be overpowered in a setting where I’m expected to support these ‘harmless’ discussions of differences and seen as the one with the problem when not able remain calm is really infuriating and insulting.”

This same dynamic played out publicly this weekend when President-elect Trump decried harassment and accused the cast of the Broadway show Hamilton for denying his running mate Pence “a special and safe space” in the theater. Huh? So not even in their own theater can this cast make a statement to reclaim that “special and safe space” that’s in jeopardy in all other spaces outside of the theater?

The actor who played Vice President Aaron Burr, Brandon Victor Dixon, acknowledged that Pence was in the audience, thanked him for attending, discouraged the booing, and said, “This is a story of love… We, sir — we — are the diverse America who are alarmed and anxious that your new administration will not protect us, our planet, our children, our parents, or defend us and uphold our inalienable rights,” he said.

“We truly hope that this show has inspired you to uphold our American values and to work on behalf of all of us. All of us. Again, we truly thank you for seeing this show, this wonderful American story told by a diverse group of men and women of different colors, creeds and orientations.”

Dixon tweeted a rebuttal to Trump that a conversation is not harassment. Matt Borges, chairman of the Ohio Republican Party, disagreed. His response is not atypical. Because the bigotry is invisibly woven into a neutral political stance, anyone who challenges it is inappropriately political in the wrong spaces or lacks political tolerance.

“It never ceases to amaze me how liberals desire acceptance and diversity for everything except political philosophy,” Borges commented about this incident.

Tweets and comments about either positions are blazing through cyberspace like wildfire. But one is more emboldened and scarier than ever due to the magnitude of political power that backs it up. It’s a mindfuck, as my client said, but in some ways easier to deal with when everything is so blatant, overt, and in your face.

Pence claimed that he enjoyed the show, wasn’t offended, and reminded his daughter that this (booing) is what freedom sounds like. Generalizing these dynamics to a family situation: don’t be fooled by the patronizing and ‘understanding’ parent or family member.

They can be the most crazy-making, making it appear as if on equal footing, but all the while feeling entitled to her or his power and privileged opinion of reality, never intending to budge an inch toward their problem child or troubled family member.

While I’d love to give Pence the benefit of the doubt — claiming that he and Trump plan to serve all the people of the US — during his public career, Pence has been an outspoken opponent of equal rights for lesbian, gay, bisexual and transgender citizens.

Many suspect that these tweets by Trump are another manipulative move to divert attention from his 25 million Trump university settlement. Those who stand by Trump disagree, and see this kind of mistrust as ludicrous paranoia.

Bottom line: I’m all for crossing the gaps and building bridges over the wide divides. However, this Thanksgiving dinner may, for many, be a bit premature and not the right forum. It all depends on your family, the group dynamics at the party, and the loose cannons present who may make it hard for others to find cover and safety.

Use your best judgment. Decline invitations that feel like they’d be too much to handle, excuse yourself from conversation when triggered, recognize that bringing up open and authentic conversation about politics in a diverse group can spiral out of control and retraumatize you and those most vulnerable.

Trust your body, sense of reality, and limits, and recognize the limits and flooded states of others — who may be the ones pushing for open discussion and looking for an opportunity to connect, but could be at risk when belittled, mocked, or shut down, and most likely won’t feel better without skillful guidance how to work through their feelings and raw wounds.

Idea tip: Create a Safe Zone. Bring or provide coloring sheets, such as the one from the Coloring Well, which allow for inconspicuous checking out and peaceful, non-verbal connection, alone or with others. Practice patience and strategic timing. Loaded topics are best addressed one-on-one with mindfulness, consent, and some agreement on how to handle impasses and conflict.

Loraine Van Tuyl, PhD, CHT, holistic psychologist, depth hypnosis practitioner, and shamanic healer from the Sacred Healing Well, is devoted to helping wisdom-keepers, healers, and seekers, including her tween girl and teen boy, dive deep into their self-healing potential and carve out their sacred dream paths in service of their dynamic whole self and the greater good. Her memoir-in-progress, Amazon Wisdom Keeper, is an eye-opening account of her spontaneous spiritual emergence and shamanistic initiation triggered by indoctrinating double-binds in the mental health field. What gives her story an added twist is her ability to anchor into her rich cultural background and mystical upbringing near the edge of the Amazon rainforest when standing her ground, challenging her field, and placing all bets on her spiritual integrity, intuitive resilience, and clarity: each one severely tested after escaping the chaotic aftermath of a military coup in her native Suriname, and losing almost everything that she knew and loved at the age of 13.