On Being Forced to Master the Mythical Demon of Fear. 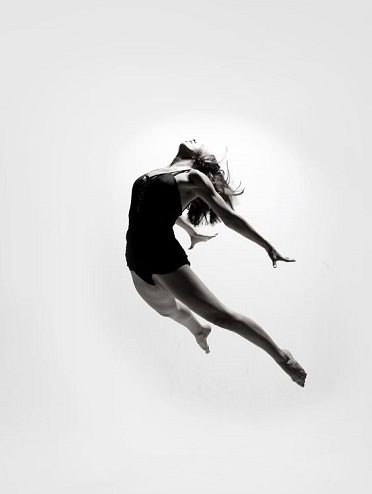 I can feel the creak of time in my body. If everything is energy, then how can I feel this so physically?

The reality of living, and my thoughts on the matter of things, collide with one another. It’s not a fractious collision. It’s… just so. I can feel the tension behind my left shoulder… maybe that’s from my need for control, or maybe I just have shitty posture and hold my body in a way that creates it. How many times a day can I tell myself to stand like a warrior? To straighten my spine?

I wonder how much time I truly spend thinking about needing to stretch and move as opposed to actually doing it? Then I google Chinese body mapping and intellectually explain away the acute emotional causes for my physiology. Simple? Complicated? Neurotic? All the above.

I’ve come to understand Fear as a conscious companion in my world, and my mind is boggled over how he became so prevalent. I don’t know why he’s a he, but he is. I’m sure there’s something to do with my unconscious bias and association with attempts of men to control me. I’m not even going to go down that rabbit hole right now; I’ll save that one for later.

Back to it then: why has fear become so present in my world? Fear of dying, fear of cancer, fear of seeming inauthentic, fear of offending someone, fear of writing something unoriginal — which leads to not writing at all, fear of fucking up my kids, fear of not loving good enough, fear of isolating myself, fear of being overweight… the list could be endless.

The thing is… I was never this way. I was, by all accounts (my own and others’), fearless. It’s what drew people to me. I literally gave no fucks, and thought the world gave far too many, thereby limiting every human from truly reaching their full potential. My greatest understanding of — and analogy for — this, is the way we mourn death. Quietly, with food and alcohol and hushed tones.

Even though it is our utter instinct to wail and moan and fast and wrack ourselves with this most visceral of emotions. But we do not. Because my white American culture would think me crazy and run away, and all that connection I would so desperately need in those moments would be gone. All because people gave so many fucks about how that grief made tangible would feel, or look, or sound.

So, in my more narcissistic youth, I gave no fucks. None at all really. And I was beloved or fiercely hated for it, and I didn’t care about that either. That’s where the narcissism part came in. I just lived, and did what I wanted, and thank god I’m a decent human with principles because we have seen where that otherwise sociopathic behavior can lead.

I was fearless, about dying, what people thought of me, what my body looked like (it was much thinner, so that was privileged), how tactful I was or wasn’t, how my kids perceived me… because, I felt, it was raw, real, unencumbered by misguided notions of what was right and proper.

In that imbalance of ego, I did have the wisdom and acute understanding that we had gotten very far away from anything resembling health as a standard of existing and being a normal human being. But as I do, I took it all a bit too far.

I love the shock value of a thing. It’s a flaw. It either empowered others, or repulsed them. Or maybe they enjoyed a voyeuristic impulse by watching me in my give-no-fucks rants and shenanigans. I can’t say it wasn’t fun. My memories are mixed with regret, but also with utter joy and a feeling of freedom.

Now, I don’t know if I’ve experienced an ego death that led me to the place I inhabit now.

Maybe, finally, after being forced to master the demon of fear through a childhood of abuse and finding a way to feel powerful because powerlessness and vulnerability were like the worst poison to me, that now that I’ve peeled off those toxic, defensive layers so efficiently that Fear has risen from my primal depths to finally make me experience and exist with him.

This mythical being that I refused to acknowledge existed because I was too high on my throne of hubris, confidence, conflict. I will tell you that it’s fucking visceral now. All my exercise in opening, softening, releasing and forgiving has brought me into the new skin of someone who knows the endless and precious value of vulnerability.

Letting the dark, sad, hard things carve you out — instead of refusing to experience them at all and calling it boundaries — is the act that makes you most capable of experiencing bliss, joy, and the deepest, aching Love.

I never thought that in that long journey to opening, I would have to sit with Fear in this way. Or that he would come blazing back into my life in such a way that sometimes he’s the only fucking person in the room. Is that the price we get for loving so much? For this gratitude I feel now for merely getting the opportunity to exist in this form, in this time, in this Universe?

Is that fear just the mask of not wanting to ever let it go? This, I know, is where non-attachment should enter my life. But that’s who I was. Non-attached, dysfunctionally so, but still. I’m enjoying my attachments.

I like the roots I feel sprouting from the soles of my feet. I like the idea of cultivating the same garden plot (in a new exciting arrangement of course) again next year. Of painting my walls as many times as I like because they’re mine. Of loving the same man for the rest of my life and not walking away when we have to adapt and grow deeper into Relationship.

I like the idea of my kids thinking of a home, rather than referring to _____ house as a reference for time in our lives because I glorified my need to recreate myself through moving as being a gypsy. Revisioning is such a glorious cognitive tool, isn’t it?

I want to feel what it feels like to have constancy. To enjoy a mundane routine of making house, to ground myself down into a distillation of domesticity, and not be fucking terrified by it. The adventure always awaits. It’s always within my grasp. I can always go live in my van and drive aimlessly… with a home, and pets, and love to come back to two weeks later.

And that is the most joyful, expansive thing to me now. Stability. Deepening. The mysticism of chop wood, carry water on the same plot of land next year and the year after.

But this fucking fear. Man, it just wants to ride shotgun all the time. Whether I’m doing the dishes or spontaneously wandering to somewhere new. I crave constancy… but not of this worry. So I listen to Alan Watts. Read some Elizabeth Gilbert. Stretch. Look at Natural Movement pages on Instagram. Write down my intentions. I remember what I felt as a younger woman.

I try to rewild myself in a balanced, less manic way. Without substances. I’m getting there. I use a lot of self-talk, or cognitive behavioral therapy for the clinical types. I talk openly to my shame.

I remind myself that cancer might happen to me, like it did to so many of my blood elders. That my brush with it already has heightened my awareness of this possibility, and to not give that too much power. I’ll fight the fight if it happens like so many others, and try to honor that collective experience by honoring my own body and not polluting it.

I remind myself that my kids will be okay, when every fucked-up thing I did becomes magnified in my remembering mind like a replaying spotlighted montage of myself as some grotesque mom-monster.

They will be okay, and if I can’t believe that, I tell them I’m sorry for anything I did that resonates in their identity as trauma… I was doing the best I knew how at the time, and my only regret is that I didn’t know better for them. Admitting my humanness is the only thing I know to do to combat the sense of time wearing down, of being not enough, of fucking it all up.

There is no wholeness in holding on to shame, or guilt, or reliving your past as a means to wallow in either. But I am a believer in things happening for a reason. Maybe this is my reckoning for all those fucks not given. I’m also a believer in going through, not around. Well, I am now at least. That’s what got me here in the first place. All that Through.

Hilariously, and super meta, is my fear that the Fear won’t diminish over time. That’ll he’ll turn me into some germophobic recluse that starts plastic-ing everything and orders everything I need from Amazon instead of actually interacting with other humans.

Maybe that version of me will read every self-help book there is, and then just vibrate into light from her sterilized, plastic’d cardboard-box-filled fortress of solitude. Like the ending of The Celestine Prophecy, but for the 21st century bipolar agoraphobe.

I don’t know the answer. The conversations with my psyche may be the same tomorrow. There are days filled with light, and days filled with doubt. Just sharing this now is something. It’s an acknowledgment to the experience of all this humanness I’m dug down into.

Maybe I need to commiserate. Or just document that this is hard, and I wonder if others feel this too. Because that would make it easier, and help me to avoid that germophobic, agoraphobe Me that exists somewhere in the multiverse. This experience is fluid… it’s not shiny, it’s not dark. It’s just so.

Elizabeth McDonald is an Irish-Indian St. Louis native. She is a writing and creating, chicken-keeping, fire-breathing, river-pirate gypsy mama. She gets quieter as she ages because she realized there’s sense in silence. But she also gets more bold and unapologetic.