When Your Day Job Is Not Your Passion. 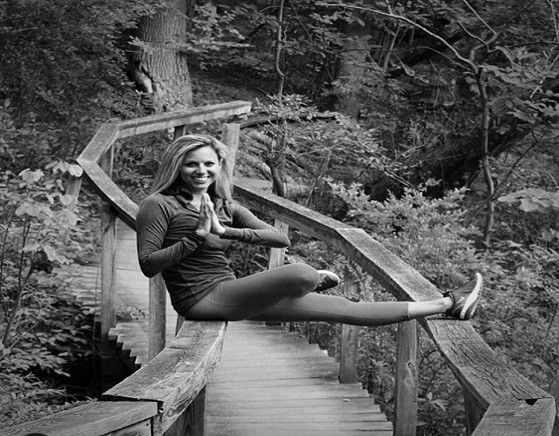 I’m that girl. The one you see in the movies, or maybe a shampoo commercial, washing her hair on the banks of a fast-flowing river, or even a waterfall.

That was me, in 2014, at Mt. Rainier National Park in Washington, which was about 3100 miles away from my home in Florida. My trusty dog beside me, we slept under the stars, showered in the river, and did Yoga in the sun. In retrospect, staying alone in the woods for a week might not have been the safest decision, but I survived.

During my two trips across the country in my Honda, I also showered in a truck stop in the middle of the night amongst a bunch of men who no doubt had spent too much time on the road alone.

Again, maybe not the smartest thing for a single woman to do. Not only did I survive, but it might have been the single greatest shower of my life. No, not because of some life-altering sexual experience. Instead, because I hadn’t showered in days, and the shower stall was white and smelled of bleach. I felt clean, safe, and renewed.

I’m also that other girl. The one in the business suit, working in a man’s world, climbing the corporate ladder.

With a job as an engineer for a company employing approximately 100,000 people, I definitely have a Type A personality. The ambition and the drive that comes with being Type A has helped me succeed and get to where I am.

However, I’ve realized that I also have a Type T personality. The T is for thrill-seeker. I’m an adventurist, seeking excitement and risk at every turn.

Can the two personalities coexist? Can an introverted-librarian-turned-nerdy-engineer be satisfied with a burning desire for adventure? Can we go to day jobs in the corporate world and still fulfill our passions?

By day, my business suits cover up my tattoos. Yes, sometimes it feels a bit stifling. On those days, I might find a way for my ankle tattoo to peep out. Or, I just know I can look forward to going home and expressing myself however I so choose.

Burning Man is in my future. Maybe this year, maybe next. I will be among the brethren dancing in the desert, with limited internet access, limited cell phone service, and completely removed from my engineering duties.

I admire the nomads and wanderers of the world — those amongst us who successfully drift from locale to locale with nothing but a backpack and a whole ton of stories and memories. For a long while, I aspired to that lifestyle.

Now, instead of struggling and painfully agonizing over whether to be a nomad or an engineer, I choose to be both. Engineer by day, nomadic traveler by night. This means some sacrifice, of course. I cannot live my life on the road backpacking through Europe. But, I can spend my nights planning my next adventure.

I surround myself with other strong, independent women. The recent Women’s March has spurred conversations about how to be women who have it all. The hardest part in having it all is first defining what that means to each of us. Do we want children? Careers? To travel to exotic places?

Contradictions exist at every turn. There are Republican lesbians (e.g. Mary Cheney, Dick Cheney’s daughter) and Democratic wealthy, white men (e.g. most of Hollywood). So yes, it’s okay to be both a Yoga aficionado and a hard-charging Type A career-woman.

When we stop feeling the guilt, when we allow ourselves to vote Republican even if we are gay, or chase our nomadic desires in Morocco instead of getting the latest budget report out, that is when we find the most serenity. If we are being true to ourselves, then there is no contradiction at all.

Debbie Botke is a 30-something residing in Northern Virginia, just outside of the nation’s capital. She’s lived all over the country, from Pennsylvania and Georgia to the state of Washington and Florida, with a few other locations sprinkled in there. A world traveler, having been to nearly all 50 states and several countries, she’s always open to new people and new experiences. Her career has taken her from a librarian position to an engineering position working for the government. She can be found on Twitter.