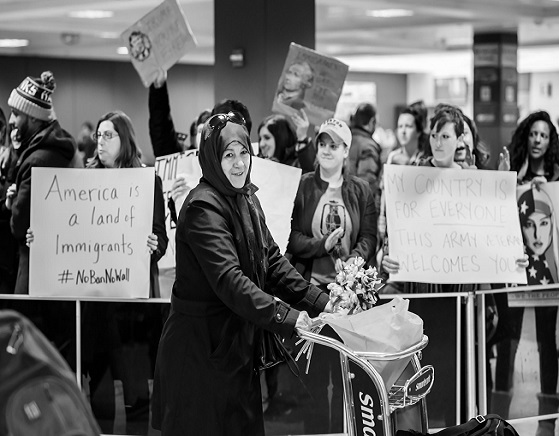 “A lot of people are going to get hurt,” warns the teary-eyed advocate. The panel nods and the resolution passes, leaving the weak to tend the wounded.

The American mind is rugged and rude, accommodating yet crude, easily offended when morally reprimanded. This mind is also in transition. It has, in fact, always been so, consistent with the character of a dynamic democracy. This transition transcends Barack Obama’s exit and Donald Trump’s arrogance. These merely announce democracy’s evolution. Its character depends on its moral positions.

Unlike before, however, evolution’s affect is unprecedented because societies are integrated. Thus, changes that once rippled rip instead, defying distance, preference and consequences. Claims of immunity suggest insanity, ignorance perhaps, of modernity and its volatility.

Today every society serves insurgent forces, which seem to act autonomously. Nowhere is the tyranny of this autonomy more evident than in the American mind, perhaps because of our technological prowess and dependence. Technology inspires ripples and ruptures often irreparable, unconscionable routinely. Consider the global erosion of ecosystems to satisfy consumer demand and corporate interests.

Consider also how technology creates memes and names (e.g. artificial intelligence) that freeze logic and seek to posit the irrefutable solely by the force of its effect. The greater its gamut, the greater the gadget and its reception. Reception shames morality and censors dissent. It also enables us to audit technology’s effects even as we learn to fear these when they affect us negatively, even if only vicariously.

Consider its forms of surveillance and their effect on consciousness. Consider how surveillance justifies itself because it aims to protect us.

Our response reflects the innocuous yet iniquitous character of the American mind, which admits no malice and judges merit by effects, affronting all else. Dissent is censored and dissenters are slandered to appease the pathological parts of the American mind. Citizens today, however, have platforms of protest previously unavailable because of technology. Yet this isn’t the same as having voices.

We’ve always had these, but they were confined geographically or silenced maliciously depending upon their tenor and intent, especially if they challenged the reigning moral sense. Voices that offended were reprimanded.

In this regard, history archives tablets which others considered taboo. Thus labeled, censorship lorded even as tablets inhabited silence and secrecy. Today, however, tablets once deemed taboo now eschew silence, secrecy and censorship. They are no longer confined geographically or silenced maliciously.

On the contrary, these tablets can now go viral, amplifying the voices of their authors while inspiring millions to act.

Despite these outlets, the American mind remains rugged and rude and unwilling to move unless forced, no matter how compelling the voice or its claims. It is especially fierce when voices inveigh its way of life and forms of lying, which democracy indulges. In fact, the American mind has seldom been as democratic as its narrative suggests.

Consider the books it banned in efforts to bind citizens to archaic readings of reality. Consider also textbooks that tout facts historically inaccurate and morally repugnant. Consider the American mind’s stance on race and sexuality.

Debates are spirited, yet change is sporadic. Concerning change, the American mind musters Maybe. Maybe is its way of saying No routinely, and Please! emphatically when dissent debunks democratic myths of mutual regard. It responds to protest with pretense.

Justice comes in forms and with fangs no patriotism can tame. While we debate this, we continue to drift closer to the scythe of history’s judgment.

The American mind chastens citizens via Robert’s Rules of Order and other bureaucratic protocols. These protocols produce legislation that yield inertia, apathy and outrage routinely.

In legislating so, the American mind asserts the sufficiency of due process despite calamitous outcomes. Otherwise President Trump’s immigration ban would reprimand the democratic conscience. The Affordable Health Care Act would also remain as a reminder of the need to insure all citizens, morally and practically. To repeal it without replacement is repugnant, morally speaking.

Unfortunately, the American mind excels in speaking politically yet seldom in acting morally, despite passionate appeals wherein citizens feel the spite of political decisions. In its defense, it issues a polluted stream of strained responses that repulse conscience and endorse denial. Denial delays the descent of real democracy, offering slippery words to conceal the solid facts of human suffering.

The American Mind readily invokes God as a sedative, but only when visited by national disaster. Otherwise, it claims diplomatic immunity from what God suggests and morality requires.

It claims, for example, to value moral ideals, yet refuses to create conditions wherein ideals sprout and democracy spreads equitably to its citizenry. It uses ideals referentially, but rejects them practically. Instead, it justifies what it can’t juxtapose to its advantage, absorbing dissent and absolving deceit. Hence its tolerance of free speech.

Free speech inspires ignorant factions to produce eloquent fictions about America’s character. Many of these fictions so inflates the myth of Americana that they dishonor reason under the banner of an impoverished patriotism, while obscuring the larger demands of democracy.

A nation nursing on such pabulum can’t fathom the complexities of democracy or its moral degeneracy. Its citizens are too soft, and its logic scoffs at whatever skirts its comprehension. Instead, it maintains its myths by masking principles to mute their effect even as it denies its folly.

Our culture is inchoate and incorrigible, dismissive of the horrible that happens herein without shame or chagrin.

In democracy, denial is the first sign of dementia. The second is the American mind’s indifference to developing a true democracy, one given more to change than to whims in the form of trends. Hence its obsession with entertainment. In fact, for the American mind, having a good time exceeds living a good life, one embodying respect for reason and compassion for others.

Even so, pabulum pours daily, diluting our moral force until we can no longer respond except to yawn (and yell) because democracy fails to feed essential needs. The American mind’s denials make our trials twice the hell and harder to heal. Denial is especially dangerous when views become vices that beget crises to which we are indifferent.

This cast of the American mind may be too broad for some people and too narrow for others. But any sketch of democracy is inevitably contradictory, raising questions and erasing answers, simplistic ones especially, that limit our moral trajectory. In fact, without critique, we won’t achieve what we desire instinctively and deserve morally.

Moreover, history shows that when the dynamic is endemic, results repeat. Hence my cast of the American mind.