Don’t Buy the Snake Oil: When Patriarchy Masquerades as Tantra. 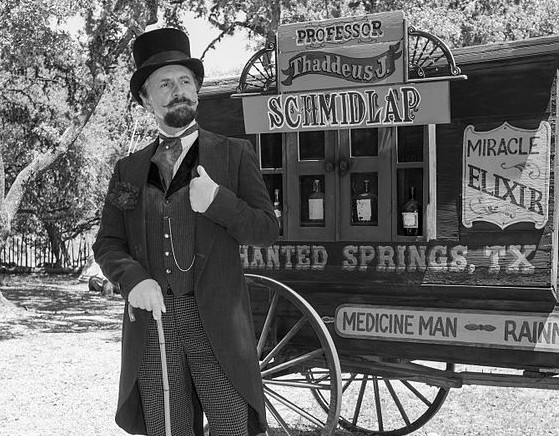 I grew up with a grab bag of religion.

My dad is of Jewish descent, but is a card-carrying, fundamentalist atheist. He sent us to a few weeks of Hebrew school to please his mom, but that fizzled out. My mom decided we needed some Christian flavor, so we did a few months of Episcopal church and Sunday school, before that fizzled out as well.

My aunt was a practicing Buddhist, so she took us to some meetings where we chanted Nam Myoho Renge Kyo for a few weeks. That didn’t last long either. As a child, I occasionally I felt the presence of the Divine, and had a sense there was some profound meaning to reality. I wanted answers. But my smorgasbord of religions didn’t offer any.

When puberty hit, I became a rebel without a cause. I couldn’t see myself living any of the lifestyles available in my suburban American reality. In my early 20s, my rebellion found its cause: feminism. The work of Gloria Steinem awakened me to the injustices that women endured.

Riane Eisler’s book The Chalice and the Blade changed my life by convincing me, after more research, that male domination, class domination, and war were recent developments in human society, and that a peaceful, egalitarian culture existed before, and therefore could exist again. My rebellion now had a focus: patriarchy, cause of most of the suffering in the world.

I hated the authority figures I saw around me: petty tyrants, pompous men, brainwashed women.

My spirituality was profoundly awakened by psychedelics, which gave me a taste of a luminous, transcendent world.  I knew deep in my bones that reality was a miraculous and mysterious thing, far beyond what was dreamed of by my atheist father or the materialist people around me or the authority figures of the mainstream religions.

Yet my emerging 22-year-old self intuitively felt that I needed some sort of guidance, some sort of discipline. Where were my elders? I found Yoga and meditation. I set about striving to reach that transcendent state I had found with psychedelics, but with disciplined spiritual practices, and dreamwork.

I longed for a spiritual community. I wanted communion with others who shared the same cosmology and practices. A common language.

Years later, I found Tantra. Tantra is a web of spiritual technologies with a very ancient lineage, most likely dating to before patriarchy. Unlike the major patriarchal religions, it does not reject sexuality, but harnesses the power. The idea that spirituality and sexuality can be unified resonated with me. I went deep into the global Tantra scene. I spent six months at a large, international Tantra school.

At first I was elated. Here was a tradition I could actually embrace. Sexuality was exalted and the Divine Feminine was given lip service. The people were spiritual, but not afraid to use the word fuck once in a while. Through the practices I attained some profound states of consciousness, and I honed my body and mind. I felt amazing. I was elated to find a large spiritual community who shared a common language.

A yoni massage — using the fingers inside the vagina to release blocks caused by past traumas — awakened profound new forms of orgasm. However,  the yoni massage I received from one of the school teachers did not work for me; the Endure the pain for the sake of becoming more feminine approach did not resonate.

Then came the workshop where the teacher (the second-in-command at the school) told us, “Since women are more materialistic and less spiritual than men, women should do men’s laundry.” I couldn’t believe my ears. Surely smoke was coming out of them. People were staring. I looked around at all the fresh-faced young seekers, taking this in, wide-eyed.

I spoke up against this and became untouchable. No one wanted to associate with me. One teacher told me that the reason none of the men there were attracted to me is that I wasn’t feminine enough. I was too independent, too smart.

There were plenty of good teachers there doing good things, and plenty of excellent information and practices. It worked. We became more healthy, expanded and enlightened, but only to a point. Only within the box.

The women could be empowered, but only as long as they were feminine in the way the school defined. Questioning was not tolerated. Questioners like me were subtly shunned. Grow, but only in the ways that we sanction.

It is the same in every cult. The shared common language becomes a dogma. The ones who obey the dogmas rise high in the hierarchy. The egos of those on the upper rungs of the ladder become so invested in the cult(ure) that they will do anything to protect and perpetuate it. Power abuses abound.

I finally had to drop out of the Tantra cult (theme song: “Tantra school dropout,” sung to the tune of the Grease song “Beauty school dropout”) after an incident where one of the higher-ups was accused of sexual abuse. He was a sexual healer, a practitioner of yoni massage.

A woman came forward to claim that this leader and healer had been giving her a yoni massage when she lost consciousness, and awoke to find him penetrating her with his penis. She was not the only one with stories like this about him. Tragically, abuse of trust in the sexual-healing arena reinforces wounding.

I lost my faith. I looked around and saw how ridiculous some of the rituals were. I saw that the emperor wore no clothes. Now this doesn’t take away from all the well-intentioned people teaching and learning there, or the useful systems of knowledge we gained. I still practice Tantra. Maybe I will even do another retreat at the school, with one of the teachers I really respect.

But I certainly never wonder if I don’t connect with a lot of the people there because there is something wrong with me. A friend of mine checked out the vibe of the school and told me, “Of course you don’t connect with those people! You are far too free for them!”

I understand that free-thinkers are subconsciously avoided by those who are desperate to buy what a cult is offering. And most people are desperate.

Coming from a fragmented culture that offers no coherent meaning for our lives aside from consumption and children, we long for someone to follow. And the cults are offering enough universal truths — ego surrender, humility, spiritual transcendence, spiritual virtue, authentic wisdom pills — to be worth the sacrifices of self required for many people.

Not only do we long for a higher purpose and truth, we long to surrender the ego. We instinctively understand that our separate egos, and their desires, are the cause of our suffering. Now what we truly want is to surrender the ego to the Higher Mind, to our more ancient, wiser Higher Self. But we don’t remember how.

Thus, we are tempted to do the toxic mimic (in the words of pundit Caroline Casey) of surrender: submission. We will submit to anything available, and people who like power trips are happy to step into that void. I believe that sexual abuse and guru abuse — both power abuses — are not isolated incidents by rare perverts and douches, but a core part of the whole thing.

Power over others is at the heart of patriarchal religion.

There is a sea of change happening now as these incidents are tumbling out of the closet. Just as the Stanford rape case unleashed a flood of rape stories, the internet is also awash with tales of guru-abuse and cult-brainwashing. The ones who speak out are shamed by the followers who drink the snake oil.

So, what do we do? Take Prozac and shop at Walmart and breed, in the hopes that our kids will somehow succeed in finding the meaning of life that we missed?

We can take those New Age workshops, but not take them too seriously. We can do the workshops not out of a need for anything to be different, to fix our broken selves, but out of scientific curiosity, from a desire for new wisdom and skills. We critically examine what resonates and what does not. Have fun, check out the cult, but don’t drink the Kool-Aid. Learn their universal truths.

Even go on to become a teacher if some truth resonates deeply with you, but please, if you do step into the role of a leader, do it in service rather than with a desire for power. Let’s heal our wounds, because desire for power comes out of a sense of lack: lack of self-love.

Elicia Deva is a scholar, healer, and writer with a retreat center in the Blue Ridge Mountains. You could contact her via Tantric Trance.