We Will Not Be Silenced. 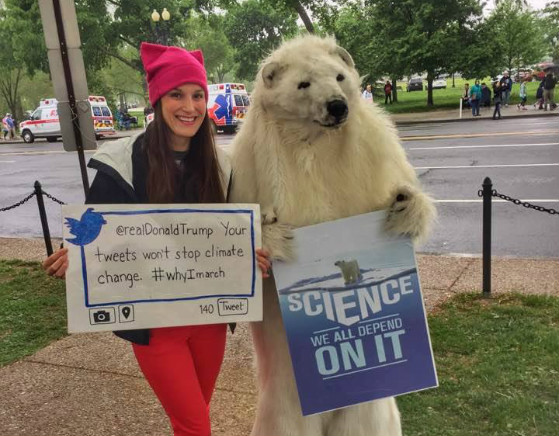 The past few months have been a whirlwind of President Trump’s rash actions, supporters’ cheers and, luckily, opponents’ outraged chants.

The young administration that is in The White House right now has stirred up a lot of controversy and a lot of anger in many different groups.

The good news is that those targeted groups are refusing to be silenced.

Women, LGBTQ+ groups and even scientists have taken to the streets to practice their right to peacefully protest. For every news break about an executive order signed by Trump, there’s a news break about a protest rejecting that order.

This is good. This is healthy. This is necessary.

The sad truth is that ordinary citizens in this country aren’t made aware of everything that happens behind closed doors in Washington, DC. The government has become increasingly shady and deceitful, and the American people are the ones who suffer.

American citizens are forced to sift through thousands of articles, all saying something different about what the Trump administration is up to. At every new headline, there is something that makes somebody angry. At every new degrading thing that is said, somebody is angry.

This anger can be a great thing, when used correctly. There is such a thing as healthy anger. Many of us, especially women, were taught that anger should be shut down. We should only be calm and graceful.

Anger is necessary when we are pushed too far, and it is natural. Participating in well-organized and peaceful protests is one of the most productive ways to release the anger that so many people are feeling.

Without this anger and without these protests, the government will believe that they aren’t doing anything wrong, or worse, that no one is paying attention. The government may keep on doing what they’re doing without even considering the American people aren’t happy.

Here’s the thing: we are paying attention, and we’re not happy.

So, we must take action. It is up to the citizens of this country to speak up and make their voices heard. It’s up to us to keep the government in check.

We Can’t Stop, We Won’t Stop

There is no shortage of people trying to stop the protests. People who agree with the current administration or people who are simply looking the other way to make things easier having been looking for ways to curtail the sea of opposition they face from the American people.

We won’t stop until we are heard and acknowledged. Brushing these protests under the rug by sending out a simple tweet isn’t going to do the trick.

The groups in this country who are feeling attacked aren’t sitting back and taking it anymore. President Trump can sign executive orders and write pointless tweets all he wants, but until the people of this country are heard and taken into consideration, he will have protesters clogging the streets and standing outside of his office every single day.

Attempts to silence these voices will not work. We will continue to fight back against unfair and hateful rhetoric and policies.