To the Open-Minded Men: Dissolve the Patriarchy with Us. 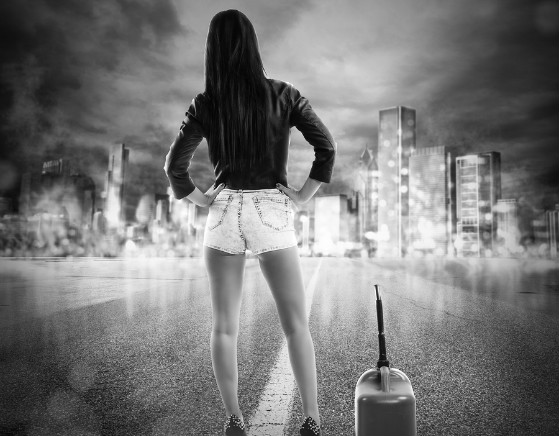 I make this funny Pah Pah sound through my breath when I’m nervous. Baited breath, backwards. Like a recall. I didn’t know I’ve been casting a spell. Sounded in frustration. You’ll hear it at the end. After every pop. Imagine that sound: Pop-pah…

A system of society or government in which men hold the power and women are largely excluded from it.

“I am here to destroy the patriarchy and create a new world order.”

I watch as the blaze of my fiery words reduces him to ashes. I’m part-dragon. But no one wants to feel burnt alive at the stake. Every witch knows that.

Destroy is a nasty word, gushed by a nasty woman. And I’m okay with being offensive. The patriarchy is. It’s offensive to both women and men. We’re both suppressed by its construct. But I’m not here to scare men. I’m asking them to join us, so I’m reworking the expression so that it’s not lost in translation.

End the existence of (something) by damaging or attacking it.

It’s not that I can’t comprehend the weight of my words, or don’t know what I’m saying:

I mean what I say and I want what I do.

But, it doesn’t scare me a fraction of how it scares you.

Because to destroy a system that serves so few?

Shining the light of exposure can cause retinal damage to some. Our words have power. They light the flame, and then the fire of truth takes care of the rest. It’s just destruction… necessary before any rebirth. It’s just the end before the beginning.

The grass is sweet and green for months after the comparatively momentary fire.

Call on Kali, call on change.

Consent to the future,

extend the breath of our full world’s range.

To include and accept,

integrate one with all.

For the new world order to rise,

Because brother, you don’t have to hold on to the warped perception of power. Influence through bank balance. Or overdrawn credit cards as you keep up with the Joneses. Providing materially for your woman and children. Queens work as hard as Kings. It can be a collective contribution. Sharing is caring. It’s not up to you to conquer, to bring it back. Let’s do it together.

I say I want to destroy the patriarchy and create a new world order. It doesn’t exclude you — it includes you like never before. From few at the top, to equal place for all.

The tip of the pyramid is so small. It’s the pimple on the face of society, and we must circle to squeeze it out so that the beauty of calm clarity can be restored. Smooth-skinned world. Refreshed, revitalized and reborn.

The blemish is not man, it’s the contorted construct of man against man.

From the corporate culture of doing what is expected, we have the chance to embrace a creative celebration of doing what expresses. No more 9 – 5 Man goes to work and barefoot Woman cleans the kitchen. You may choose to stay home with your children. Raise them. Nurture them like a seahorse, man, it’s perfectly natural too.

I’ve called for alternative happy endings for women that don’t include shining princes on stallions to take us into picket-fenced houses. Where is your alternative narrative, brother? What would you do if could replaced should?

Maybe I want to dominate in the boardroom, while you dominate in the bedroom? Perhaps we take turns being on top, financially and physically. Doesn’t that sound more fun? Positions earned, instead of learned? Turning tables. Swapping stories. One for one.

Remember, we didn’t come from your rib, brother, you came from our vaginas. Let us do what we as women are biologically built to do: let us create. Give us your seed of consent, and watch as we gestate a new world from it.

We don’t need your protective shields now, we need you to hold up your mirrors and let the light of our reflected consciousness shine into the world.

Dissolve the patriarchy with us. Integrate as collective people. You don’t need to be any version of man the system as forced you to be. Just as I don’t need to breed babies to embrace my Divine Feminine. Replace the rule book with revolution. With possibilities of choice. Join together with your sisters and mothers and unite.

Creation and destruction. Destruction and creation. Our masculine and feminine energies combined in matrimony. The duality of perfect balance. Harmony restored. Together we can. Together, we will.

Peace. Order. Perfection. Pop. Pierce the bubble of illusion that the old system served man. Pop. Pluck the tiny pimple out of the world’s face. Pop. From a roar to a whisper.

Lauren Wallett is a compulsive creatress. Connect with her on Instagram, contact her for Connection Coaching, or buy her books/support her writing on Patreon.