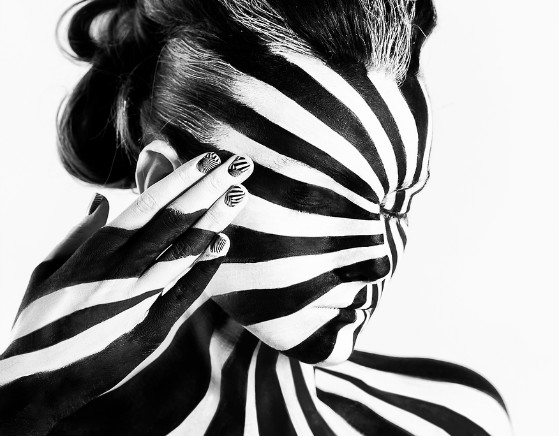 It is often difficult to dissect my feelings of shame from memories of the past.

When thoughts of my actions from years gone by arise, they are always accompanied by a series of intensely physical responses: a tensing and tightening of the body, a clenching of the jaw, an exasperated sigh. My shoulders hunch over, my eyes squeeze firmly together and my hand raises to the point between my eyebrows. I am shrinking — shrinking to fit the form of who I used to be.

These fragments of who I once was bear such little resemblance to who I am now that I feel a total sense of disconnection to the reality that I once inhabited so unapologetically. Now, however, I see the value in the madness, in the descent.

Had I never experienced such lows that rang so untrue in the depths of my soul, I would never have been so adamant in my pursuit of truth; had I not been presented with a vision that so vehemently contradicted my sense of self, I might never have been able to see who I truly was.

So I have decided to honor this very uncomfortable, albeit absolutely vital, episode in my life by recognizing it and claiming it for what it is: a catalyst towards my involution and onward journey towards ultimate freedom.

Tossing in tumult, I longed to break free;
I swore and I swore that
This wasn’t me.

At first, I was oddly entranced
By its mesmeric rhythm — practically perpetual —
It crashed, then soared,
Then roared and rose;
But before long my sole desire was to silence
The discordant tune that wreaked havoc upon my nerves.

Almost gloating
It flashed its jaws;
All the while smiling
And intensifying
Its grizzly grip around my throat.

It turned and grinned and licked its lips.
I was spiralling; unravelling; drowning.
What was this demon that so lurked within?

Tossing in tumult, I lost all control.
Disjointed. Fragmented. Possessed.
Was resistance futile?
From the penumbra of my being
The layers of self were
Slowly unreeling.

But I was wrong in the perception of my predilection.
It wasn’t a descent to oblivion; or a
Plummeting into an infernal abyss.

It was a paper tiger:

Seemingly fierce yet wholly ineffectual;
Vanquished by a mere exhalation.

It was a poisoned chalice on the set of a play.

But I was an actor,
Unaware of the role that I was playing.
I resigned myself to my fate and
Tentatively drew the chalice towards me.

Moistening my lips, I expected self-annihilation
But, instead, was overwhelmed by the warmth
Of the sweet elixir that
Spilled and flowed throughout by being,
Reinvigorating my senses
Breathing life and vibrancy
Deep into my core
And allowed me to glimpse immortality.

The descent was not an inferno
Or a sordid pit of corruption or a blazing chasm of hell;
It was a portal
to my highest state of being.

The descent was a process of unfurling.
Pushing me to be present;
And, in doing so, I could be receptive
And aware of what I was
Feeling, seeing, experiencing.
From this flowed
Understanding that it is not our situation that binds and condemns us
To misery;
But the choices we make:
The way that we choose to think and feel.

My descent was my
Salvation. Microcosmically restorative.

Once tethered to tumult, but now breaking free;
Clear in the knowledge that
The madness did not, and
Never will, define me.

It is a Divine Paradox that
In our undoing,
We are realigned congruently.

Anne Marie Morello considers herself a free-range human: she is a Yoga teacher, a writer, a counselor and an English teacher. She has recently embarked on a Master’s degree in Psychotherapy, and she is particularly interested in the benefits of therapeutic writing. Writing is an integral part of her life; it’s how she learns about herself and the world around her. It helps her deal with the ‘plot twists’ in life with some kind of grace and humility. Although she is no fan of spiders or parallel parking, she’s even less of a fan of the injustice she sees in the world. She tries to share kindness and love in her interactions with others in the hope that it will inspire others to do the same too.