Charlottesville: A Call for Courageous Love. 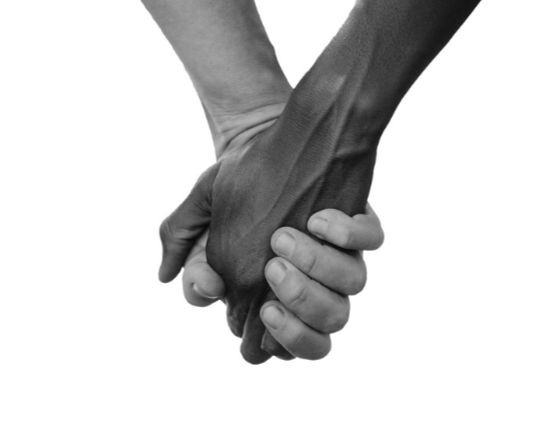 America is rolling over to show her ugly, racist, underbelly in broad daylight for the first time in decades, and many seem shocked and horrified to see it. I am not.

Though it feels we should be past this, we are a nation weaned on a steady diet of division and hierarchy. Though the demographics of our nation change exponentially each year, the unspoken, American caste system based on education, race, and class does not.* The implicit bias of our American ideal is clear:

If these are the ideal, it becomes very easy to see what is considered lesser. And history shows that good people do horrible things when they believe the other to be lesser.

And while it is difficult to hear the words they speak and the attitudes they hold, I watch, read, and listen with one foundational principle: I want to understand.

Fear of the unknown.

I agree with what many are saying in the aftermath of Charlottesville. We need to expose these criminals, these racists, these angry white men for what they are: scared human beings.

Please don’t confuse my willingness to see them as human as the condoning of any beliefs or actions. Is it okay to reignite fascist, Nazi propaganda to assuage your fears? Absolutely not. Have our government representatives and the media watered down their disavowal of unsavory and morally disreputable behavior? Definitely. Has Donald Trump stoked the fires? Yes. Does mental illness play a role? Probably.

But the deadliest instigator in this current iteration of bigotry is the wholehearted dehumanization of the other.

They are the mantle of hate taken on by people in fear.

My raison d’être is one of compassion, understanding, unity and connection. Now is no different. No matter how much time I take to reflect, research, process, preach, cry, curse, and somehow make sense of the brazenness of this past weekend in Charlottesville, I keep coming back to the same thought: “There is love here.”

Without much consequence, I have the luxury of listening to, as well as disagreeing with, those with whom I’m speaking because I, more or less, fit the American ideal. I was never forced to cultivate a culture that was not my own. I was never taught lessons in my history classroom which conflicted with messages at home. I have not been teased, ostracized, insulted, or attacked because of my genetic traits.

But with this luxury comes the responsibility to speak up in ways my non-white brothers and sisters cannot.

All white Americans who have the luxury to hold a conference with someone with whom you fundamentally disagree must be willing to validate the fear of the other. While the pain may not be reasonable to you, it is real to them. Be willing to listen to the other. While you may not agree with a single word they are saying, you cannot expect them to pay attention to you if you don’t first hear them.

Be patient and kind as you seek out as many of these conversations as you can. Hearts open through loving kindness and repeated interactions, never by force. Be clear about your beliefs without being self-righteous or morally superior. Love thy brothers and sisters enough to see they are not evil incarnate. But rather, they are human beings scared for their lives.

You may be tempted to meet argument with argument when you find morality on your side. But this is not enough. Foremost, we must match humanity with humanity. The antidote to fear is not just courage, it is courageous love.

(*For brevity and clarity of purpose, I have left out religion, gender, and sexual identity.)

Jennie Willoughby is a former-school-teacher-turned-mindfulness-warrior from Washington DC, whose passion is the resiliency of the human spirit and the ability for all students, young and old, to reach their highest potential despite adversity. After quitting her job and selling off her possessions to travel the world, Jennie began writing and speaking about the benefits of mindfulness, meditation, owning your choices and creating an intentional life. Her work facilitating an orgastic future can be found at Borne Back Ceaselessly.