The Demise of Democracy. 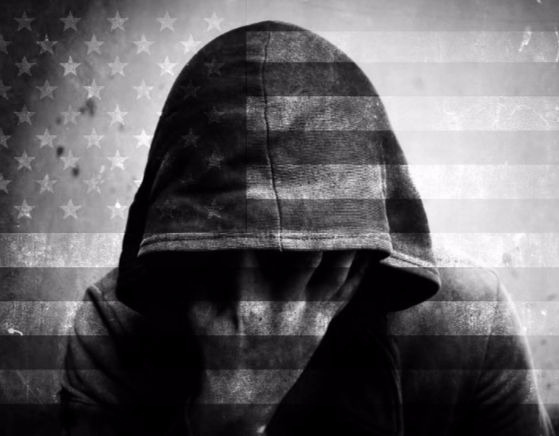 Most of the complaints against Colin Kaepernick are pathological and pathetic, more patronizing than patriotic.

If Martin Luther King, Jr. and other activists acquiesced to similar criticism, there would have been no sit-ins and shutdown of the pseudo-democracy most Americans were content to maintain. Consider King’s Why We Can’t Wait (also Letter from a Birmingham Jail) and the jest of gradualism he rejected in pursuit of social justice.

America, like most States, gets stuck routinely in ways of life and forms of lying that only dissent uncovers and courage confronts. Opponents, however, seek to diffuse the issue and derail the argument by exalting soldiers, their service, and Kaepernick’s insult of this by refusing to stand for the national anthem.

The anthem isn’t the issue, nor is it soldiers, their service (or military veterans). The real issue is democratic indifference and its indulgence of demagoguery. Besides, dissent is an intrinsic right and moral obligation, whether we do so during the national anthem or the long interim in anticipation of the descent of real democracy.

Presently, however, we enthrone traditions that betray democracy and deceive citizens. Deceit deems dissent as unpatriotic even as it uses rhetoric to reify ideals that endow some people with and deprive others of democratic freedoms. Deprivation, however, is mutual when we understand the moral, which most American don’t. Else they would support civil disobedience as a sign of moral sanity.

Unfortunately, however, most Americans don’t see how they are being deprived of real democracy. As long as they receive their portion of its privileges, they affirm democracy’s merit, indifferent to its impact on others. Responding so denies them access to a higher morality, which would awaken dormant sensibilities.

This hatred harangues cultural expressions (dreadlocks in young black males, for example), which it deems deviant or indicative of cultural demise. For cultural imperialists, to be groomed is to be weaned from these expressions (and their association with thug culture), based on mis-readings of Afrocentricity — its dynamic and divergent expressions.

Democracy fails when we fuse indifference with ideals that criminalize dress, dissent and debate.

Dissent, moreover, reveals disgust with a democracy that enthrones its pretensions. This democracy appeals to principles whose pathos reveals deviance and produces diminution of social justice for anyone who contests its claims. Attempts to prescribe acceptable dissent disavows a real commitment to real democracy. Without this commitment, democracy defeats itself.

In this regard, the controversy surrounding kneeling is contrived to control the forms dissent takes and debate turns to when democratic symbols are assailed because they fail to answer human needs. These symbols are especially dangerous when we prefer them to social reality.

A patriotism that impugns dissent can’t fathom the fulcrums used historically to bring equity to others and justice to systems when they become indifferent thereto.

Patriotism then is displayed in one’s willingness to frame arguments that reveal deficits in contracted notions of patriotism. True patriotism is generative and transformative. It challenges systems to change and persons to choose the higher way when democratic practices betray democratic principles.

True patriotism realizes that the hour is too urgent for it to be negligent in denouncing democratic deviance. Thus, it will bend knees and reject ease in efforts to achieve change. Those who oppose dissent because of its form prefer apathy to empathy and deceit to democracy. Hence its demise.