The Goddess is Waking Up: Can You Feel Her? Me Too. 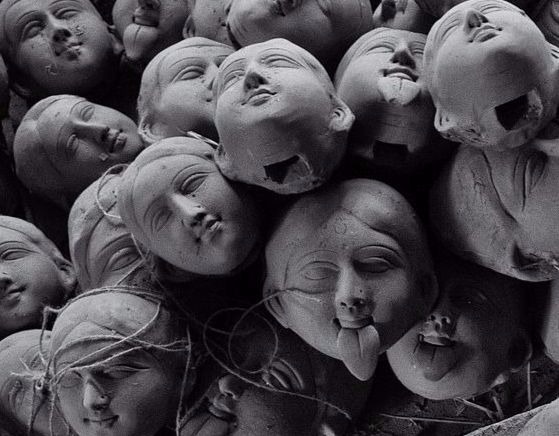 For several days now, I have witnessed my news feed filled with two simple words: Me too.

Two small words that appear bigger to me every time I read them.

I don’t know if there are enough letters formulated together to create enough words around the many different feelings that have been conjured up within me, seeing so many of my friends expressing this side of our reality as women.

It bothers me a great deal. It bothers me that the shame women have been forced to feel for simply being a woman has continued as long as it has.

I think about the Goddess in all of this. I think about a time when women were celebrated and revered as mystical and magical because they could create and they bled from their vaginas. Our moon time was not something to be disgusted about, but rather something most men seemed in awe of. It was celebrated and entire ceremonies were dedicated to honoring that time of the month.

Women were rulers, and trusted for their intuition and knowingness in the great order of all things.

But somewhere long ago, we began to lose touch with the Goddess. And the more we lost touch with Her, the more She was stomped on and buried so far into the Earth that no one dared mention Her again, unless it was to make Her out to be a whore or the ever coveted virgin.

No longer were women allowed — or god forbid, encouraged — to embrace their sexuality and their sensuality. And if they did, then “they were asking for it.”

At some point, women started being told to act more like a man and then got called bitches for trying to be the very thing patriarchy demanded. So a lot of women lost touch with that sacred part within themselves, maybe because we shut ourselves off from our feeling state in order to please the men who run this world. And somehow, in becoming the bitch, we still couldn’t please him.

I see the shift that is happening within and around our society at large, and though it bothers me to no end that women are still treated as the lesser gender, we will have our time again. The Goddess is waking up. Can you feel Her?

Can you feel Her rising from the depths of Gaia? She’s speaking to all of us, and though some may be more attuned to Her voice, it won’t be long until She makes Herself known once again to all.

Maybe you haven’t noticed it. Maybe the fires and the floods and the hurricanes haven’t been enough to get your attention. Maybe our dwindling resources aren’t eye-catching enough for you. That’s okay.

And if they are getting your attention and you’re feeling enraged at what you are seeing, I’m enraged too, my sister. And I stand with you, next to you and behind you…

Natalie Sophia is a self-proclaimed writer, healer, yogini. Her mission in life is to heal and be healed. She loves to laugh, to feel and to write. She began her journey of awakening a few years ago, and though there are times she longs to go ‘back to sleep’, she knows she has work to do. Her work and her passion are one and the same, and she hopes to inspire others on their life path to attend to their deepest longings as a soul in a human body. Natalie feels that life is meant to be enjoyed, not endured. She knows that pain can be inevitable, but there is always choice in the story created from that pain. Feel free to check out more from Natalie on her website and Facebook.