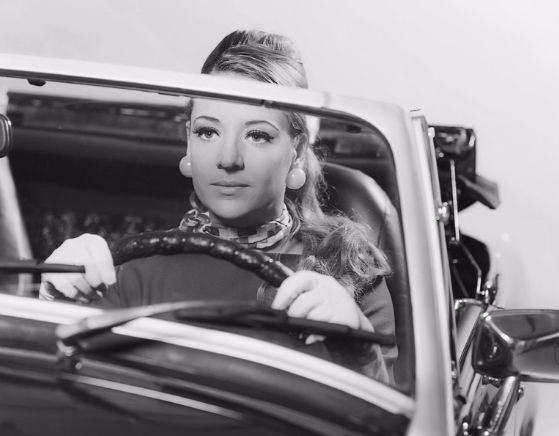 Uber is the modern mother.

Uber is there to pick you up when you call from a restaurant bathroom because you accepted a date with a handsome Italian man who took you to a nice hotel restaurant but has now revealed to you that he has a wife and kids at home in Italy. The wife’s okay with it, he said. Smugly. He’s not attractive anymore. And his accent? Now it just makes him sound like even more of a creepy asshole.

You stare at yourself in the bathroom mirror. This is when you realize that your pants have ridden up and now you are the proud owner of a huge camel toe. You remember when these pants fit. When you were with him. When you were happy in a relationship. Before you started going out so much, eating junk late at night, they used to fit a lot better. Two eggs in a handkerchief.

These pants were your sidekick, they wore you, and you wore them right back. Together, you were unstoppable. That’s not the case and hasn’t been for five months. The first month you didn’t eat at all and these pants looked better than ever, then you started making it all back for the next five months until you find yourself staring at seams that look like they wanna break just so they can breathe.

You think about those girls in relationships, they sit from their high branch and look down on you. Talk about smug. You got news for those girls in a relationship: you could shake that high branch. You could shake it hard. And then you think about how you’re accidentally shaking a branch right now. The branch of the woman whose husband you accidentally accepted a date with.

You don’t know her, you don’t know their situation, but you bet she could do better. And you? You could definitely do better. You only accepted this date because you are devastated. Him, the one from earlier, the one you actually were in love with, not the Italian him, he’s just an asshole. But the one you loved, he’s moved on. For a while, you actually thought he was the one.

Maybe that’s because everyone else thought that too.

Do you remember when you were a brand ambassador for Uber? This makes you laugh. A hot second. You worked one event and they said you had to work on Halloween and you said No. You love Halloween. So you got fired.

That’s when you met him. The one you loved. A Halloween party that you weren’t going to miss no matter what. Not even for a job you probably needed.

The next Halloween, he went home to take his niece and nephew trick or treating. You were so mad. How could he do that? Maybe that should have told you something. But you fucking loved him.

Five more minutes. You gotta stay in this bathroom for five more minutes. And then you make your escape. Is there a sneaky way out? You don’t think so. The table is a little too close to the bathroom. You’re gonna have to run. You imagine it for a second. He’s looking at his menu. Thinking of ordering dessert. And you slide out. Nice and easy.

In fact, in the scenario in your head, you’ve already convinced a waitress in the bathroom that you need her blouse and apron. All you had to do was tell her your story and she said, “This happened to me last week, only it was some guy I met on Tinder.” You sneak out in her clothes. This is a heist film.

But then you get caught in the justification. Wait, what does the waitress wear for the rest of the night? Your pants? Your shoes? You imagine her with smaller feet. And how would you ever get your pants back. Sure, they don’t fit quite right, but a week of a low-carb diet and you’re back in business. You love these pants. You can’t just not have them anymore.

You’re going over it. Trying to figure it out, when you realize there is no waitress in the bathroom, so this is all a stupid idea to begin with.

Two minutes. Maybe you could fall in love with your Uber driver? Oh wait, her name is Jane. She is middle-aged. At least it looks that way from the photo. Scratch that idea.

Okay. Time to go. Time to head out. At first you walk slowly, but then you start walking faster. You don’t look at him. When your pace quickens, the tears funnel out. And you’re crying. Hard. So now everyone is looking at you. In your mind, he is chasing you. In an Italian accent, he yells, “Wait! Where are you going? You were the one who was gonna save me from my marriage!”

He’s not actually. But the thought of it makes you take off in a sprint. Thank God you wore pants. You should always wear pants on a first date in case you need to make a run for it.

That’s when you look back to see what’s really happening. He isn’t sitting at the table. Huh? Maybe he’s in the bathroom. Your head swivels back. You run into a waitress. You two collide. You hit the ground. But are back up in a second. You put your hand out to help her up. She looks at you like, “What the fuck is your problem?” Remember when you were a waitress. It sucked. She probably hates this job.

She doesn’t know it, but she was the one who was supposed to be in on the bathroom heist. The clothing switcheroo. You would have been okay with giving her your pants. She has thinner, slimmer legs than you. The result of being a waitress constantly on her feet. And a thigh gap. There’s no way she would sport a camel toe in these. Good for her.

The elevator doors are open. Magic. Leave the girl, you think. There’s no point in trying to make a friend now.

You barely make it in. You know that everyone in the elevator is staring at the back of your head. An older couple, a younger couple. You are usually the type of person who is super-friendly in elevators. Not tonight.

Then you see the car. Parked in front. A red Honda Civic. And you jump in.

Jane? Are you Jane??

You’re safe. In the car. This woman driving is definitely a mom. She asks you how you are.

You think about that one time your mom forgot to pick you up from soccer. It started to get dark. The field lights shut off. You were scared. When she came, she piled on the sorrys. “I am so so sorry.” You were quiet. She searched your face through the rearview mirror. “Did anyone touch you?”

Grace Harryman grew up in Sonoma County, California, and attended UC Santa Cruz. However, she left early to attend the 12-month conservatory acting program at Edgemar Center for the Arts in Santa Monica, where she discovered her love for writing, improvisation and sketch comedy. In 2016, Grace passed Writing Lab at the Groundlings Theater. She regularly performs and writes for Top Story! Weekly at I.O. West. Grace is a member of the Improv Diary team at Westside Comedy, mentioned three times as ‘One of the 10 Best Things to Do During the Week in Los Angeles’ by LA Weekly. She regularly produces, writes and stars in her own videos. This past spring Grace performed her one-woman show, Claim Jumper, at the Fringe Festival. The show won the coveted Encore Producers Award. She is an avid meditator, and believes in the power of intention. You could follow her on Instagram.