A Queen’s Quest for Sovereignty and How It Led to Divorce. {Part Three} 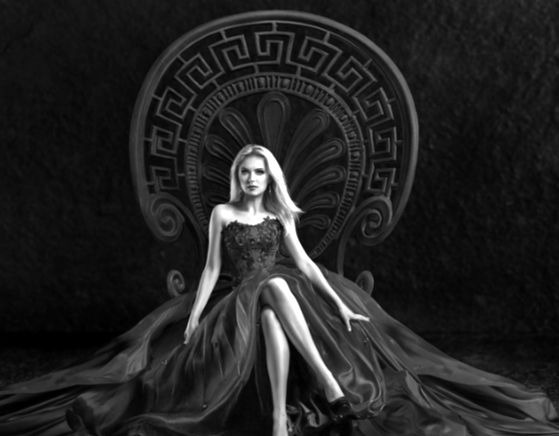 (What happened after the divorce, but before I truly felt sovereign. And yes, I’m still getting my ass handed to me in this part of the story.)

We’re not good at grief. As a culture, as a society, grieving is a lost art, and in general, we don’t know what to do with it. We know this. It is changing, but the gifts of grief are still largely unknown and not well-understood.

The chance to end something, bury it, honor it, and then reap the wisdom of the experience is lost when we move on as quickly as possible. And that doesn’t even cover what we miss out on when we don’t actually feel the grief in our body, and let it cleanse us as it is meant to.

Instead, we hang on to it, where it accumulates and slowly begins to drain our life force energy as we try to build more and more containers to put it in so we don’t have to deal with it.

I am no exception. When I finally decided I was done with my marriage, even through the entire process of moving out, paperwork, and judges’ signatures, I tried to convince myself we would still be in some sort of relationship, and the partnership would just naturally evolve, no re-hashing or new negotiations needed. Everything would be fine. It would be a painless transition. I was aware after all.

Remember that tip about people who claim to have done their work? It also applies to those of us who claim to be aware. There’s always more awareness to be had. I knew what I was getting myself out of, what I was doing for myself, what I was reclaiming.

I figured if I just stayed focused and micro-managed the hell out of it, I would be creating my own, new, solid foundation for my actual sovereignty. This was me taking ownership and responsibility, putting myself first, caring for myself, aligning my life with my values, creating boundaries, and finally knowing my own worth. And it definitely was those things.

But only partially, because the one thing I was not doing was surrendering to the grief and whatever else needed to be felt.

I had this idea that Queens don’t surrender. They hold their heads high, they direct from the throne, they manage and defend their responsibilities. They acknowledge and love their weaknesses, and then turn that shit into strengths. They are compassionate with everyone else. They extend mercy and grace to others.

They are regal and badass from the moment they become Queen to the moment they die. And they never leave themselves open and vulnerable, and they certainly are not a grieving mess for others to see.

This is what I thought is was to be sovereign, and yet, my whole body was in revolt, telling me otherwise. My words did not match my energetic frequency. I was heading towards nervous system overload and breakdown. I was lethargic. My skin took on a sallow look.

That’s the one thing I could hear, my body, but I was choosing not to listen.

Turns out, besides grief and surrender, this was another piece of sovereignty I really didn’t yet understand. When you vow to take care of yourself, truly meet every need your body has, you have to follow its lead. And mine wanted to surrender to the grief.

It wanted to move slowly. To spend days in bed. To be still and quiet, floating in the Void so it could be fully taken apart and examined before being rebuilt into something new. My physical body,  and the multiple layers of my light body, needed to feel, fall apart, be cleansed and lovingly tended before being updated. There was no directing the process. There was only surrender.

Surrendering to my grief and myself was essential for my sovereignty. It seems so obvious now, but it was not. I learned (am still learning, to be honest) that surrender is actually the first move a Queen makes. You surrender what is no longer serving you, even if you think it is. You surrender your ideas of who you should be, what you should be doing, what things should look like.

This step cannot be skipped, or there’s no way in hell you get to actually be sovereign, because after the surrender, there’s the pieces that free you up to move on: mercy, compassion, and forgiveness.

This is a four-part series by Cinnamon Rose.

Tune in next week for the next chapter in ‘A Queen’s Quest for Sovereignty and How It Led to Divorce’.

Cinnamon Rose is a trained, initiated Priestess through the Awakening Avalon lineage, a lineage of the Ladies of the Lake, and through the dedication of her piko to the Fire Goddess Pele. She weaves the energies of water and fire together as the Warrior and the Lover in service to the evolution of individuals, Gaia, and the Collective. Cinnamon offers private mentorship for those interested in awakening their sovereignty through healing of trauma, and the transformation of friction into true potential. To learn more about her offerings or to book for private mentorship, connect with her via Priestess. Warrior. Lover. or Instagram. Cinnamon is mother to two bright souls, and lives in Central Oregon, where she lets her Wild Woman run naked in the snow, calls down the moonlight with her Sorceress, and performs feats of strength and endurance with her Warrior in her favorite Crossfit gym.

In his spare time, which is sparing at best, Jeet loves engaging his geeky side to the fullest extent -- and obsessively engages in solving puzzles of any and every kind, primarily crosswords and sudoku. A lifelong and certifiable black sheep (irrespective of skin color, since that would have qualified him as a 'brown sheep'), Jeet feels uncomfortable with certainty and strives for a meditation-driven comfort in uncertainty. He tries to spread positive awareness through Facebook, random acts of kindness, and recruiting of fellow dreamers -- a la John Lennon -- and Rebelles to be his kindred souls in this short journey called Life.

Latest posts by Jeet (see all)