Divide to Strengthen, Not to Conquer. 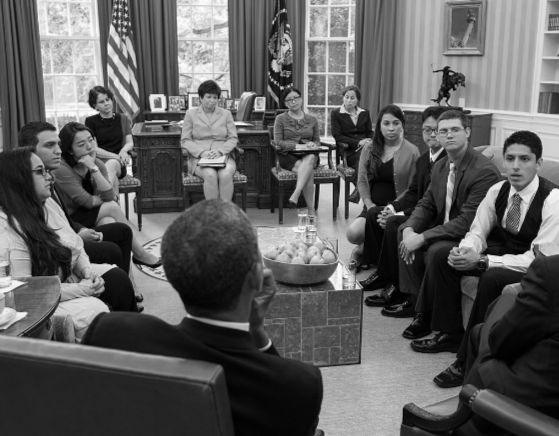 I want to say a little about why it can be important to spend time with what could be called affinity groups.

In the midst of an alarming rise of a white nationalist movement in this country, and a perception that identity politics are dividing us, I think there’s an important distinction to be made.

Regardless of where you sit — politically, racially, economically, your gender, your sexuality, your education status — you are a pawn in someone else’s quest for power and control. It’s tempting to see this as new, but really, it isn’t.

Divide-and-conquer is the oldest strategy in the book of empire.

But does division always have to be divisive? Or is there a way to divide that can strengthen and ultimately, include?

When I watched white men marching with torches through Charlottesville, chanting “Blood and soil,” it chilled me to the bone and set my fear response on high alert. And yet, nearly 30 years ago, when I walked into a space called “Sisters and Allies,” with a room full of only women, it was life-changing.

The difference between the two is not the division, but the intention driving the division.

The space I walked into all those years ago was created by black women, who had spent years sitting together with just themselves to answer the question, “Black and Female: What is the Reality?”

Because that’s what it took for them to be able to get strong and clear enough within themselves to be able to invite white women and other women of color into the circle and have the conversations we needed to have if we were going to become sisters and allies, for real.

Then, we sat together in that circle of women and girls for another decade before we were truly ready to invite men and boys into the circle. The intention was always to come together. But to do so in a way that kept everyone whole, allowed everyone their voices, listened — really listened — to everyone’s experience. It was a long and slow process.

It was also the most powerful work of my life, and it taught me how to be with anyone, no matter who they are, where they come from, or what ways they might trigger me, and forge a connection.

That’s what I call powerful.

This is why I hold women’s retreats, and advocate for men to have their circles and groups as well. This is why I am not offended when other groups — people of color, people of other nationalities from mine — gather in groups that might exclude me.

Inclusion and exclusion itself is not the point. The intention is the point. This is why it’s often just as offensive to include a person as a token of a group — just to show inclusion, but not really be inclusive.

We have to get better at understanding the nuances of division and inclusion, and not jump on each one in some knee-jerk reaction. We have to combine an understanding of intention behind the division, both when we create one, and when we participate in one.

And when we do divide ourselves into smaller groups of people who share a common experience, the intention should always be to get stronger and more solid during our time spent apart. Which, in turn, ends up strengthening the culture at large when we return.

You know that old saying: How do you eat an elephant? One bite at a time.

Most of us can see the elephant in the room — the divisions among us are being exploited in dangerous ways. We must each take great care not to get caught up in a toxic divide.

What we need, instead, is a powerful intention to divide-and-strengthen ourselves, so we become more resilient and less vulnerable to the divide-and-conquer strategy.

Monica Anna Day is on a mission to instigate intimacy, forge connection, and question divisions that uphold the status quo. Whether writing, speaking, teaching or coaching, her primary goal is to liberate aliveness in a world gone numb. She trusts that we will clean up the mess the minute we can see it clearly, feel it fully, and own our power to fix it. You can find her over at her website and on Facebook.