People Are Lonely: Musings On The Craving For Meaningful Connection. 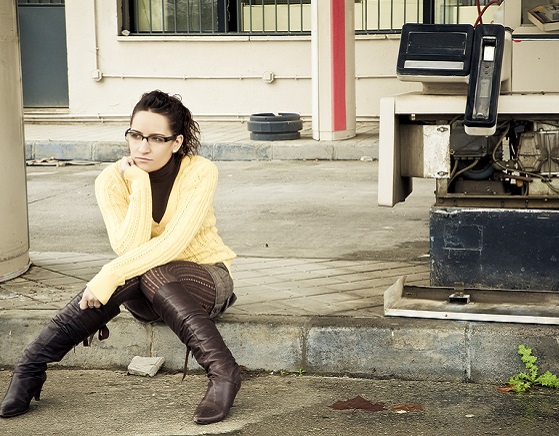 What is self-love? At its most primitive, it envelops the concept of self-preservation — eating, sleeping and getting shelter independent of outside circumstances.

In a sense, it implies being able to provide it for yourself, since it’s based on your responsibility to fulfill your own needs. On a deeper level, it implies taking care of other aspects of life such as nurturing goals, dreams, partnerships and emotions. Simple enough, right?

It seems that almost everywhere, ranging from articles to commercials, we see an embedded message to love ourselves — walking away from what’s toxic, putting up boundaries, and spending time in stillness so as to have a balanced life accompanied by all nutrition and fitness regimens, and hip concepts like mantras and meditations.

I’m not here to mock any of these beliefs or tendencies that arise from both the New Age and empowerment movements. What I am here to question is why, despite all of this focus on the self, we feel lonelier over time.

It has taken me a long time to realize that a) walking away from toxicity is like walking out on a friend who is having a breakdown, b) putting up boundaries is like putting up walls of mistrust, judgment and isolation, and c) spending time in stillness while there are wars going on out there that require immediate action are narratives that have experienced the distortion of separation, and their intention for being out there is to inevitably separate us from each other.

Fall in love with your life and your self  is a cliché line associated with bringing the light to the planet by being in a state of celebration all day. That creates disharmony.

The moment you feel any less loving of yourself or have an extended period of falling out of love with your life, your career, your interactions, all that is left is the void from lacking and the comparison with an impossible to sustain standard in the back of your mind, which only celebrates low self-esteem.

There’s nothing wrong with celebrating our triumphs, conquests, and the smell of the flowers. What’s screwed up about it is that we have reached the end times in many forms, and the only constant is: we cannot play the deaf, blind and mute game when it comes to what is happening in the world.

There’s so much suffering going on, that this narrative of Focus on self is becoming our greatest divider. And just like any concept that becomes mainstream, it becomes a crutch for the ego to exacerbate because it’s all about me, right?

Tragedy is striking almost every corner of the world — when it is not in the form of natural disasters, it comes in the form of economic collapse, refugee crises, starvation, disease, mass murder, protests, neglect, abandoned children and abandoned adults.

Although it would be impossible to constantly focus on all the things that are messed up for our fellow humans and ourselves at the moment, I do want to point out that suffering starts from the moment you walk out of your house.

The lady at the counter who just lost her home, the bus driver who is concerned about his medical results, the disabled person trying to make a living, the depressed teen trying to pretend everything is normal, the troubled employee who works three jobs just to get by, the struggling entrepreneur attempting to build something that is worth the wait, the exhausted mother unable to balance things out, and the list goes on.

Most of the times, everyone who is going through pain is attempting to cover it up, due to fear of judgment, being turned down, shut down, called toxic, negative, and feeling even more alone than before.

However, many lightworkers are empaths, and they can naturally sense that — that everyone is suffering from something behind the mask they are wearing to survive — but due to the fact that energy shifts catapult the collective’s emotional bodies, no one can really hide from the pain of the world anymore because we are all being activated, and the higher purpose of it is not only to unite but to bring about compassion to the world once again and work together as the interdependent species that we are.

If we look further into the manifestation of this grief, that portrays this deep-rooted loneliness from being separated from each other, it is more than obvious that we are suffering from being isolated, from fighting our battles by ourselves, and for shutting down our emotions in order to be considered normal.

I’ve noticed a prominent rise in people adopting pets, and certifying them as emotional support animals. I’m not a believer in psychiatry, nor do I care about diagnoses, but to be able to obtain the permit, the owner has to undergo a psychological evaluation, and unless you are a crook and buy the certification from some third party, most institutions have to follow the protocol.

Having said that, some mild stress disorders are not strong enough to fit the bill. That means people are being diagnosed with either PTSD, heavy anxiety, depression, or something of a higher ranking to be able to have their companion join them wherever they go.

I personally have asked about people’s dogs when I go out, and can corroborate not that they are broken, and mentally ill, but that they are suffering deeply and this little animal has brought about new joys and assurance to their lives. Animals hold the codes of higher energies, and are able to provide comfort with small gestures and without saying a word.

It may sound strange to pay someone 40 dollars or higher for a cuddling session with a complete stranger, but it tells us that people are lonely, we need touch, we need tenderness, we need to be held, just like a baby who needs affection to thrive.

We don’t usually get the reassurance of physical support unless we live with other people, we are in relationships, and so forth, which is why people are finding comfort in these services. What’s unfortunate is that we have to pay for them.

The positive aspect of it being a business is it has to adhere to the standards of something greater than itself, and I suppose that lowers the rate of this turning into something morbid and another form of assault, however it does pose the bigger question: how many of us are lacking hugs, emotional support, being tucked in like little kids because we are tired of adulting?

So this one will feel very far off, but the moment I walked onto a midtown bar where half of the people where dancing with their phones above their heads recording themselves making gestures all night and pretending to have an amazing time, while the person in front of them was being completely ignored or equally disconnected, I realized: there’s a huge loneliness problem here too!

People want to be seen, be a part of a community of something bigger than their neighborhoods, there’s a competition for the most beautiful, the coolest or the stupidest, all shadow aspects that have birthed out of the rise of social media, and yet everyone is missing the main concern here: how many filters do I need to use to finally feel good enough to be loved?

The disconnection, I believe, does not come from any ADD-related human dysfunction, but rather from an inability to get meaningful connection in the first place. A distorted form of intimacy where we can’t even connect with the ones close to us, but have a massive following on the internet made up of complete strangers, equally lonely and seeking to be part of something bigger than themselves.

These are just a few things I could gather for now, but if you walk out on the street, not in your car, but walk out in the heat of hell, or ice-cold air of your city or town, and notice the wanderers that occupy it: the customers who are in line with you, the server who hasn’t slept in days, the attendants at the shady little stores one has a hard time deciphering if they are a cover-up of some illegal business, the malls, the bars and the movies, you will start to notice that the happiest people are well-off, they have some kind of luxurious property that they own, the tranquility of sleeping in air-conditioned rooms, the motivation to go to their own business every day, and so forth, because all the rest are cooking TV dinners a few nights a week, struggling with bills, have concerns about their children, working overtime to go to school, spending most of their paychecks on rent, going to sleep by themselves, and suffering in silence.

We can no longer run away from the pain of the world, turn a blind eye, and restrict our own selves from wanting connection and support while swallowing these self-love campaigns as if they were the truth, when on the inside it all feels so incredibly wrong. We are here together, although we will leave alone, and while we are still here, what we need the most right now is each other.

Laura Piquero is the Queen of Duality. A communicator of duality with an emphasis on self-healing and self-transformation, through the process of awakening and honoring our deepest emotions (both light and shadow aspects). You could follow her on Instagram.