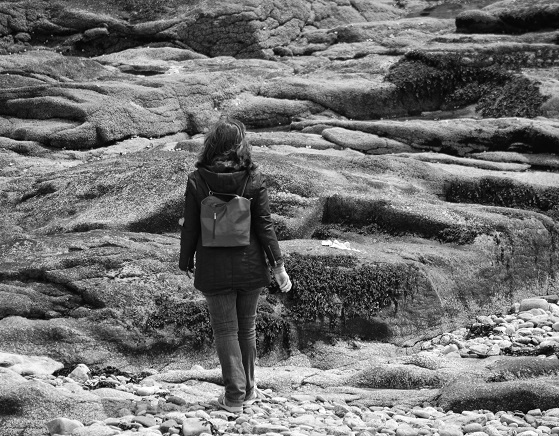 It’s gotta be tonight. Can’t stand one more day. No matter what. Tonight.

My arms trembled as I lifted the massive black cast iron cooking pot filled with hot water off the grate over the cooking fire, flaming high out of the fire pit. I stepped gingerly sideways, scorpion-like, a few inches at a time, the fine desert dust forming tiny dunes over my sandaled toes, until I could set the pot on the thick rough-cut wooden counter several feet away.

I rubbed the fat gray bar of homemade soap in the steaming water until it clouded slightly, then placed the bar onto the rough stone wedge that served as a soap dish.

Pinyon jays chattered excitedly in a nearby mesquite thicket, springing from branch to branch, as if already anticipating the sweet and sour bean pods which wouldn’t be ripe for months yet. Normally their behavior would make me smile, but that day I just tensed irritably. As I eased the pots and metal plates into the dishwater, I glanced around to see if Darian was nearby. I saw no sign of him.

I hoped fervently that he remained well-occupied elsewhere.

“Pretty fast with the dishes tonight,” commented Robert with a forced casualness, coming up behind me so suddenly I nearly launched straight out of my sandals. Robert cocked his eyebrow at me, trying for humor, although his mouth remained tight. “Kinda jumpy too.”

“Yeah,” I said shortly, “guess I am.” I looked hard at the plate in my hands and scrubbed as if it had personally insulted me.

Robert’s voice turned suddenly gravely, eyes darting to make sure no one else heard. “Yeah. I don’t blame you. I’m kinda jittery myself, since… well, you know…” He swallowed hard.

I stopped scrubbing and looked up at him. His large brown eyes turned watery for just a second. Eyes as big as Kodiak bear’s. He took a deep breath, looking towards the mountains in the west, and I wondered if he suspected my plan.

Robert was 17, just a year older than me and Sylvia. His mom died in the epidemic but Emma, Sylvia’s mom, took him in without a moment’s thought, as she had done with me a few years later. He had been like a brother to me and Sylvia. Until now.

I didn’t dare ask Robert to go with me. Robert was big and lumbering, strong, but not fast and quiet like me. If he decided to come, he might get us both caught. If he decided not to come, he’d probably try to talk me out of it. His father and mother both gone, and now Sylvia. Just what he needs, to lose someone else. But I had to do it and he couldn’t know.

So I said nothing.

The stark reality of leaving Robert and Emma, the closest thing I had to family, leaned like a boulder against my chest. I turned away from the dishwater and towards Robert, grasping him tightly, startling him so much he stepped back and we both nearly fell. Still clenching him, we staggered upright again and he returned my hug with equal fierceness.

It would have been funny, real-life slapstick, if it weren’t for the surrounding circumstances. Robert’s big chest shook and a short sob escaped his mouth and found refuge in my ear. I trembled a moment myself, just a moment. But I couldn’t handle a sob-fest right then, so I disentangled myself from his hold and clasped my hands around his shoulders, looking him right in the face.

“We’re going get through this. It’s going to be okay — someday!”

I turned back to my dishes like nothing had happened and Robert ambled away.

What a liar I was. I just spoke to him as if we were going to get through this together.

Two days after Sylvia left us, Darian and his men mounted their horses and rode off in a hurry. Robert had said that he overheard them saying that one of the scouts had spotted a caravan on the old highway and they were riding off to raid it. I breathed a little easier, knowing they would be distracted for at least a few days.

They had returned the day before, horses walking slowly, heads down, laden with booty from the caravan. One horse even pulled an improvised travois made of agave stalks, stacked tall with rattling cloth-covered bundles.

If Darian just kept his distance for another few hours, I might make it out of there. I knew if I saw him up close I would shake so hard with hatred and fear that he’d surely notice, and suspect something.

A cool spring breeze sprung up and the sun bobbed above the skyline, as if reluctant to end the day. Hands flying fast out of habit and anxiety, I rinsed the last of the dishes in the large battered aluminum pot filled with cold water that sat beside the hot soapy one. I stacked the dishes carefully so they wouldn’t fall clattering all over the counter and let anyone else know I had finished the dishes early.

I heard the clang of the hoes in the garden as the gardeners banged the hard soil, coaxing it to receive a few more seeds before dark. On the other side of the outdoor kitchen wall, the baby goats baa-ed for their mamas. The burro, named Burl, moaned fitfully.

I had always liked working in the kitchen because so much of it I did by myself, away from the others. Emma — sturdy, unflappable Emma — usually led the cooking while I chopped meat and vegetables, but I always did the dishes, breakfast, lunch and dinner. Since Sylvia died though, Emma lay in her bed, staring at the wall.

All I could do was to get her to take a little water and little bites of cheese and bread a few times a day. Face fixed, staring hard into nothingness, Emma had turned into some kind of zombie, not alive, but not dead either. I didn’t know if she’d ever be whole, really alive, again.

After the virus hit, there had been a lot of people like this, too stunned and grief-stricken to care for themselves. In the wake of the virus, there were three kinds of people: the dead, the living dead, and a few, very few, living, fully functional people. I was trying really hard to stay in the last category.

Dishes done, our own star Sol shimmered golden, coaxed downward by the horizon. I snatched my favorite carbon steel knife from the large wooden knife block, and grabbed the sharpener as well.

Poor Robert. With me and Sylvia gone, and Emma catatonic, he’d have to get some of the other, younger ones, to do the cooking and cleaning with him, along with the gardening and other chores they normally did. What a grim way to rise amongst the ranks.

I hadn’t had the heart to sleep in the casita with Emma like I usually did, so from my napping cot in the closet beside the kitchen, I lightly dozed while waiting for the night to deepen. A couple of hours later the half-full moonlight glimmered through the boards that covered what used to be a window, signaling my departure time. Snores from the nearby gardener’s casita punctuated the desert stillness.

As I lay drowsy and fully clothed under the covers, waiting until it was late enough to risk leaving, I saw Sylvia wearing the colorful, flowing dress she had sewn together from bright scraps cut from discarded clothes.

“I’m going to be a fairy princess in this dress!” Sylvia had proclaimed in an exaggerated, dramatic tone, head thrown back and twirling so the skirt spun around her curving hips.

My body trembled as I lay thinking of Sylvia and her effervescent fantasy. Was it fear that shook me? Anger? Grief? It didn’t matter. I hated that beautiful dress as much as I had once loved it, and Sylvia, before. Before Sylvia found out that Darian was no Prince Charming.

Darian’s compound had been the only home I had known for the last seven years, almost half my life. But after burying Sylvia, I had felt like a rabbit trying not to bolt straight into a coyote’s mouth. It took every bit of self-control I could muster not to run screaming out of that compound that day.

I must have slept that first night after her death somehow, because the next morning I awoke, arms and legs tangled in the sheets, with a dream of my mama’s singing echoing in my ears. I realized then that staying wasn’t a given, and leaving didn’t have to mean death. I would risk anything to escape, but I’d rather live.

So that night, six days after Sylvia had departed, I left too. Riding a burro, not death.

This is an ongoing series from a forthcoming fiction novel by Laura Ramnarace.
Tune in weekly for the next chapter in ‘Sung Home’.

Laura Ramnarace, M.A. was driven to earn a master’s degree in Conflict Resolution while on her quest to find out why we can’t just all get along. She has published a book on inter-personal conflict, ‘Getting Along: The Wild, Wacky World of Human Relationship’, published a newspaper column also titled ‘Getting Along’, and submits regularly to Rebelle Society. Since 1999, she has provided training to a wide variety of groups on improving personal, working and inter-group relationships. ‘Sung Home’ is a work of eco-fiction set in southwestern New Mexico.