The Cost of Giving Birth in America Is a Crime. 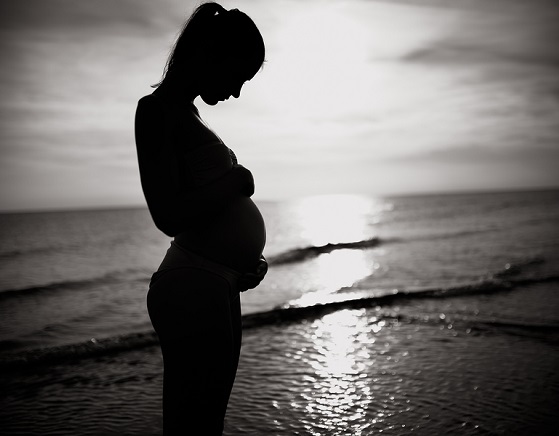 If you lived in nearly any other developed nation, deciding to start a family probably wouldn’t stress you out as much.

In some countries, you could enjoy the royal treatment for a low cost.

Not so in the United States. The cost of giving birth continues to skyrocket, so much so that low-income families may face bankruptcy or abject poverty for wanting to become parents. As a result, birth rates drop, while maternal and infant death rates soar. In the wealthiest nation on earth, there shouldn’t be any excuse for this situation.

Why Is It so Expensive to Give Birth in the U.S.?

According to the nonprofit FAIR Health, it costs an average of over $12,000 for a standard, vaginal birth. If the mother needs a cesarean section, the price skyrockets to nearly $17,000. Both of these scenarios assume that neither mother nor child encounter any complications.

The cost crunch comes at a time when wages have stagnated for decades. While economists recommend that families save an emergency fund consisting of at least three months of living expenses, childbirth can wipe that out in one fell swoop. Indeed, the cost of giving birth may strip away savings and available credit card balances both.

Heaven forbid a round of corporate layoffs strikes immediately after the birth, or your new family could end up in dire straits.

These figures represent costs without insurance. However, the U.S. is unique among developed nations in not extending health insurance coverage to all citizens as a right. In 2018, the number of uninsured rose for the first time in a decade, and 8.5% of Americans, many of childbearing age, lacked coverage.

Part of the problem lies in the rise of the gig economy. Such positions do not offer any benefits. Since the U.S. lacks a public option, millions of these workers find themselves priced out of coverage even with the passage of the Affordable Care Act. They can’t avail themselves of the more generous group rates their employers could obtain.

Another problem is, unlike other developed nations with universal systems of health care, the U.S. government doesn’t demand that pharmaceutical manufacturers keep costs low. That’s one reason why it costs over $500 for a syringe of saline — saltwater — at many hospitals. Epidurals cost significantly more. It’s now common to request an Uber or Lyft ride to the hospital, rather than call a pricey ambulance.

Is it any wonder, then, that the U.S. has the highest infant and maternal death rate of the 20 wealthiest nations on earth? It’s downright dangerous to be born in America. A child born in the U.S. is 76% more likely to die before their first birthday than in other developed countries. If they survive their first year, they still only have half the chance of surviving to adulthood as children born elsewhere.

It’s simply not affordable to give birth anymore, and as a result, many choose not to do so. In 2018, the U.S. experienced the lowest number of births in 32 years. Economists worry that this demographic shift could result in too few workers to support social programs for an aging population.

The real problem is that the U.S. lacks any meaningful social safety net in the first place. If it implemented measures like universal health coverage, not only would new parents breathe a sigh of relief, but more people could also seek preventive care.

The way the system treats people now, millions go without until they reach age 65. By that time, any health conditions they could have remedied inexpensively in the early stages balloon into complex, pricey problems to fix.

Making It Possible for People to Become Parents

How can the U.S. make it possible for more people to become parents without going bankrupt or chaining themselves to a perpetual poverty cycle? Systematic change needs to flow from the top. Politicians need to enact the following measures if they want to encourage parenthood:

Strengthen worker protections: Because most countries in Europe guarantee health coverage, the EU doesn’t have a specific insurance mandate. It does, however, have rules governing what happens when citizens cross country lines, for example. Member nations need to adhere to worker protection standards, such as a mandated number of paid days off for family leave and other purposes.

These rules apply regardless of worker classification, it doesn’t matter if they are part- or full-time. The U.S. needs to implement similar measures to ensure all workers have both insurance coverage and a minimum amount of paid time off to care for their families. Currently, the U.S. doesn’t mandate a single paid day off for workers, not even holidays.

All insurance works on the principle of spreading risk across the broadest possible population. You can’t get much more massive than the entire U.S. population.

Raise the wage: Even though worker productivity rose 69.6% since 1979, wages have increased only 11.6%. Meanwhile, the cost of everything — from housing to higher education — continues to skyrocket. Raising the minimum wage will create a ripple effect, as other industries will need to adjust their pay scales accordingly.

We may never return to the days when a family could survive on one income. Still, we can realistically create a society where parents can amass substantial savings while working only one job instead of several.

The U.S. Needs to Do Better

The U.S. is the wealthiest nation in the world. There is no reason people should struggle to start a family here. By enacting policies that benefit working citizens, we make it possible for more people to treasure the joys of parenthood without the accompanying financial devastation.