Through the Looking Glass: Create a Whole New Story. 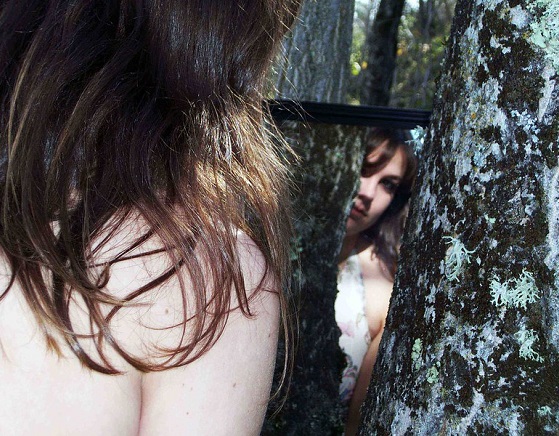 So, this is the new normal, we’ve entered an Alice-in-Wonderland reality, where big is small, small is big, and the looking glass image is distorted.

Humans are no longer top of the food chain. We may have dominion over the wild beasts, but we can be taken out by a microscopic virus. We may have stockpiles of artillery, but this little terrorist doesn’t even need a suicide vest to wreak havoc on every aspect of life.

Status and money are no longer symbols of power and popularity, courage and compassion are. CEOs and celebrities are no longer cool, it’s the nurses, carers and supermarket workers who are getting the standing ovations now.

What eco-warriors have been struggling for years to achieve, the virus has done in days. The skies are clear, fish are jumping, a nightingale sings in Berkeley Square. What’s small is powerful. What’s big has no power. We’re going quantum now.

The mystics have been saying for centuries that our reality is an illusion. We may see an image in a looking glass, but under the lens of a microscope, we’re trillions of cells, all powered by the same life force energy. We hate this. We want to be separate. We want to be our identity, after all we’ve taken years developing and honing it into something quite impressive. We want it to be who we really are.

This idea of individual glory really took hold around the time of the Renaissance, when the myth of the solo male genius was born. Relentless competition became the order of the day. It was no longer enough to survive, it was important to win.

But there’s no winning in the energy world, because winners create losers, and then everybody has to pay for the losers. This is why the war against drugs, against terrorism, against a virus, will never be won. Energy is holistic, inclusive. Our problems are global now. We can’t separate ourselves because we all breathe the same air.

The story we have been living by for centuries is that of the individual hero’s journey. We leave home, defeat obstacles, compete to win (money/status/trophy spouse). After proving ourselves to be superhuman, we return home to receive glory and admiration.

This story is driven by masculine energy — rigid focus, forward motion, physical strength. We can see its long-term effects on the world around us: people and the environment are losing. We need a new story that includes collaborative creativity, beyond the either/or of win or lose.

In this story, we realize that it’s not the behavior that’s important, it’s the energy driving the behavior: is this coming from fear (I must survive) or love (we could thrive together)?

Evolution is not over. We are not the final article. This crisis could turn us into superhumans: conscious, caring and highly creative. Because superhuman should no longer mean better than other humans.

If we set down our individual agendas, we could come together and create a whole new story — one with more equality and more creativity. Compared to our current race to the top, our world could be a Wonderland that would inspire and enchant future generations.

Eleanor O’Rourke is a writer and creativity coach, specializing in creative blocks. She is the author of 40 Days 40 Nights: One Woman’s Quest to Reclaim her Creative Mojo, Breakdown: A Rebel’s Take on Depression, and The Freedom Project: How To Find Contentment in a Crazy World. She believes that creativity is the birthright of every individual, and that if we don’t collectively learn to tap into that, the human species will have a tricky time evolving to the next level. You can contact her via her website, Twitter or email.