Searching for the Faces of Our Greatest Grandmothers in Times of Uncertainty. 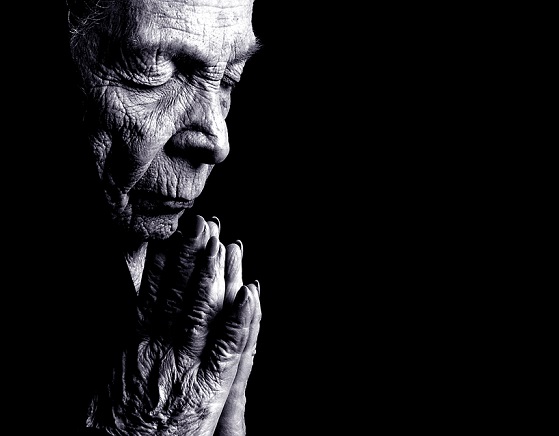 When the time of the greatest turning came, there was little to do but wait for the vision.

In the painful in-between times, we made our way through the countless stitching and reopening of the father wound, the mother wound, the collective wounds of balance and unruly growth. In the space without spaces, we searched for the faces of our Greatest Grandmothers, those fissured and bony smiles cracking through moonbeam-lit clouds, beckoning us forward.

The landscape shifted and shaped beneath our feet as we took steps on unsteady ground in an unnamed direction.

First, the days came when work as we knew it stopped, and instead of churning through in worrisome fervor, we took the work inside of ourselves, heading to that tender place where the strewn bits of the most intimate self lie.

We touched ourselves as gently as the wildflower blossoms open in spring, we moved with the molten heat of volcanoes, we lit and tended to the flames of authentic becoming, feeding them only that which served the opening for the vision to emerge. We looked after that threshold with pierced eyes, perched atop the keystone, faithful watchers of the grand crowning to come.

During the nights when sleep never showed, we sauntered into that place where dreams come from and we wove the finest story we could muster between jagged breath and shaking hands.

When that map became too ink-stained to read, we left our beds and danced under the full moon on abandoned streets at midnight, just to reach out and grasp the otherworldly wisdom that had long been waiting for the skin of human touch.

When the world stopped, we gathered the hands of the ancestors and asked them to pray over us, to hold them over us, to show us which direction to turn toward. Irrevocably, no answer would come for a long time, but in those moments when those cracked hands appeared through the veil, it was our only saving grace to wash them, mend them and hold them right back.

It was then that the Greatest Grandmothers appeared closer, yet we could scarcely hear their voices on the Western winds of change.

On the clouded days, when the thought of going outside was much less enticing than staying inside, we turned to the wells of inspiration that had nearly dried up. We carried water, bucket by bucket, to refill the wells.

We broke out in song when they flowed again, and we dipped our worn toes in, splashed the droplets of hope onto our cracked faces, and let the water fill all the places that had not known love for a very long time.

When our lungs grew heavy with grief, we dug holes into the Earth and let the dust of the Mother fill the spaces in our fingertips. With healing hands on ground, we cried into the vacuums. We gave ourselves over time and time again to our grief, softly weeping, howling, shaking, moving with the fiercest teacher of all. We didn’t shrink back into unrealized ritual as we had so many times before.

We opened ourselves completely to the lessons of sorrow, walking through each gate, becoming undone and redone in the rhythm of the long-unheard Great Song.

When the roots of systemic injustice began to be uncovered during the vast flood of information, we gnawed at them like hungry wolves, leaving not a scrap in sight. With blood still dripping down our chins, we turned skyward, moonward, earthward, and howled into the night, our voices coalescing into one thrumming tune that was unmistakable against the backdrop of newfound silence.

Without the droning of the city traffic and suburban sprawl, the more rural parts of ourselves came forward, something more wild to be known. We allowed ourselves to be seen in the light of the day, yet we still worked from the inside, shining light into the shadows of the systems we devoured, swallowing every last bite that stood in the way of liberation from the old ways.

Then came the fires.

At first they started as small sparking tinderboxes that ignited the hunger of belonging to oneself and others beyond the glow of screens or distant secret meetings, but they quickly grew into infernos, illuminating stakes much higher than we had known before. This time, we called to the Greatest Grandmothers by name and they came to us embodied in the hot coals of personal transformation.

We summoned the spell of thousand-year-old flames, and the burning times reimagined us as sovereign yet whole without separation. It was then that we began to breathe as one. The illusion of otherness fell to ash, and our oneness danced up around us across the wind-blown fields of promise.

Some moved into states of compressed fear, but we were brave and walked the line between all possibilities, breaking the binary code that enshrouded us into an indoctrination that we never agreed to. We chose the third way, the new way.

Unconcerned with which pulleys were moving on which axles behind the curtain, we focused our efforts on dreaming up a story of creation and co-creation that hadn’t been dreamed ever before. The fertile energy of story itself grew up from below and moved through us, nourishing the novel seeds of hope and imagination in our bellies.

We became desperate for the big vision to come now as we swelled full with the undertaking of beginning again, not knowing exactly where time would fold in on itself and allow us to birth it anew.

In those moments of desperation, heavy with the burden of becoming, we laid our ears to the Earth and fat tears rolled down our mud-strewn cheeks.

… in rhythm once again with the Great Song, unable to be heard with human ears.

We pleaded to the Greatest Grandmothers now:

“Please, Grandmother, tell us. Tell us, please, of the times when the babes walked ‘round the fire barefooted and the mamas were bare-breasted under the dark moon.

Tell us of the mighty oak and holly standing strong through all of time. Please tell us of the walnut trees and sycamore, and sing their songs to us.

Tell us, Grandmother, of the ones who drew down the moon, their wild eyes catching the milky light in their irises.

Grandmother, please tell us of those old crones who peeled potatoes and did the wash by hand. Tell us of homemade cherry pies with perfectly pinched crusts.

Grandmother, please tell us of the past long gone, so that we may remember where we draw our vision from within the holy spiral.”

And the Greatest Grandmothers moved slowly from their earth-caked posts, shook the crumbling soil from their sagging skin, pressed their sun-wrinkled foreheads together, and sent a prayer through the fabric of time that rippled out like a linen sheet blowing on the taut line between grief and gratitude.

It was only then that their prayer joined the Great Song of creation and became part of the heartbeat of Earth. With ears still pressed gently to the ground, the subtle vibration stirred up and through the crust, and the song could be heard once again from below… and the vision finally came.

Danielle Harley Crow (she/her) is an altar-builder of the future and nature-based mystic. She brings her work forth as a writer, inspired artist, circle-keeper, embodied movement facilitator, and lunar embodiment guide. Danielle believes in exploring the crossroads between life, death and grief, authentic belonging, nature-based wisdom, and helps others cultivate positive transformation and presence through all the stages of life. Danielle currently lives in Phoenixville, PA and offers event planning services, sensual movement classes, circle gatherings, creative workshops and group retreats to her community. You can find her in the wild, gathering interesting leaves and stones for her newest nature altar, or on Instagram.