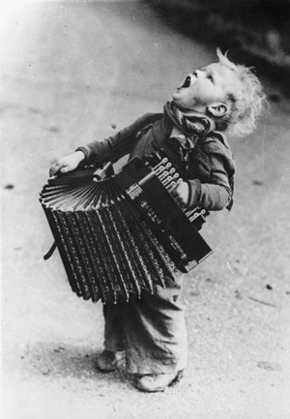 Minutes before I stumbled upon the life-confirming (literally and figuratively speaking) serendipitous sign that read, “The things you are passionate about are not random, they are your calling,” I had just wrapped up a lengthy “What do you want out of life” discussion with my new partner.

We were only a few months in, but I was experienced enough to know that those kinds are best had up front. Surprisingly, he responded to that question with ease — as if he had been pondering and questioning that very sentiment for a while.

For years, we both had just been hanging on. We were trying to catch up and get our lives where we wanted them to be. We were going in the right direction but it took a lot of wrong turns and redirection to get there.

Then again, following your bliss is never easy. It usually infers giving up what’s comfortable in order to fulfill some desire to feed the unknown.

That’s the trade-off though; the removal of an unwanted layer allows the soul to breathe in exactly what it’s craving.

I’m not here to sugarcoat this journey or tell you it’s all sunshine and unicorn glitter. In fact, following your bliss is one of the hardest things you will do, If you choose to do so. It will be a lengthy dissection of self and surroundings. It will take you on a wild ride that no matter how prepared you are, until that first drop, you aren’t and you won’t be.

You just have to keep riding in hopes that you won’t lose your shit or lunch along the way.

However, as someone who has been on this ride for a bit, I do have some advice. Look at it as a proverbial barf bag — it’s there to help, so take it or leave it. Read it or avoid it, it’s totally up to you, but before you do anything, ask yourself one question: what led me to this very post?

Maybe, just maybe, your soul is trying to tell you something.

To begin with, and for whatever reason, (my boss calls it shaking the snow globe) some people may take caution to your running free. They may not agree with what you are doing and they damn sure aren’t going to be there to support it. Hell, some might even fight you the whole way.

Pay no mind to this behavior, at the end of the day, it’s your snow globe you’re shaking… so shake it. Do be aware though, of the reasons you’re not getting a pep rally for your efforts. Misery loves company, and even the most comfortable energy can be toxic to your life changes.

When you’re following your bliss, you’re essentially going punk rock on the social norm. To some, this may be offensive or invasive.

You, in your own nonchalant way, just told the social norms that you were too good for those types of standards. Even though you aren’t verbally saying that, energies will take it as such.

Still — stand tall and keep on moving. You will learn and understand which energies are in your corner and which are not, and you will have to cut ties accordingly. While you’re essentially flicking off the neighborhood, be cognizant to your newfound, free-spirited way of life.

You, my dear, will have to work extra hard at proving that you’re responsible and that you made the right choice.

As said before, this is no easy task. Running back to what’s comfortable means you gave up. Why begin the journey in the first place? Why exhaust yourself with trying? Rome wasn’t built in a day, nor should your life-altering odyssey. It takes trial and error. It takes being vulnerable enough to accept the things you may not be able to change.

And it takes time to hone in on how to learn from mistakes with grace and ease.

Regardless, don’t be afraid to fail because you will, and you will a few times. It’s easier to accept this now than later, I swear. You will have a grandiose plan all thought out — in your head, A will lead to B, and B will lead to C, and so on and so forth.

No, I’m not saying it won’t. It most certainly will. Albeit, you will also visit Z, T, and L before B but after A. Your grandiose plan is great and all, but it’s just a plan, and it deserves to be tweaked. Life doesn’t guarantee nor owe you anything, but does it mean giving up at the first sign of failure? No way! Not at all! Not going to happen!

That plan was the reason you got moving in the first place, so stick with its foundation. Honor it, in fact. Celebrate your failure as a stepping stone to something greater. Bask in the glory of messing up and getting dirty. You’re alive! You’re chasing your dreams, and most importantly, you’re calling your own shots.

The Universe gives when it knows you’re ready, and if you can’t even deal with sometimes falling, how in the world will you ever learn to walk?

I never quite grasped this concept until I was much older — around 31. Sure, I had my likes and dislikes and sought my life out as such, but what made me tick and love and speak up and hold my tongue about was, and is, a constant wheel in motion.

Still though, reaching that 30-year mark and beyond has made me more aware of who I was, who I am, and who I am going to be. I finally became accountable for managing my own life.

Five years in, I can honestly say, I’m living my bliss. It took a long, twisty road to get there, and I did almost give up, but I didn’t, and if all else fails, at least I know I tried.

Every person has a rite of passage. We are human, and therefore meant to screw up, but it’s how you handle it that’s important. And, I tell you this now, with age does come wisdom. Learning who you are is a valuable commodity, and it’s more important than any accolade or reward or degree could ever give.

Knowing who you are is the only sure way to surviving a world meant to destroy.

There is nothing wrong with change, and the energy you surround yourself with is, and will always be, the energy that you keep. Change can be good, especially if you feel lighter immediately thereafter. Once again, it’s scary as all get out but you wouldn’t be going for change if that wasn’t what your heart of hearts was nagging at you to do.

Following your bliss is following your dreams. It’s recreating them with paper cutouts and ideal backdrops. It means dealing with reality and the here and now. The past is the past — store it away and revisit it when you need a reminder of how far you’ve come.

I’m not going to lie, I still think about the past. I’m human, and forgetting about it is easier said than done. The difference now though is that I regard my past as a vessel in my growth. It no longer clings onto my future. It’s just a story about me that has led me here, to my beautiful life in the Colorado mountains.

Finally, following your bliss means believing in yourself.

Our culture is teaching us that we need validation everywhere we turn, but that’s society’s issue and it has nothing to do with you. Success is relative, and your success should never be measured against someone else’s. You know why? Your success is in your snow globe, and you can’t live for anyone until you live for yourself.

Circumstance have their own agenda, and most of us have our own set of values and beliefs and all that those encompass. If you’re lucky enough, you’ll get to take in an array of them from a multitude of sources. You’ll learn from those ideals and wade through what impacts you.

Positively or negatively, energy binds us to every situation, so don’t dismiss some informal lesson in all of this. Hell, dissect the shit out of yourself and come up with your own conclusion about how the world works and how you precisely jive with those workings. Then, when all that is said and done, live with who you are.

Believing in yourself can be your biggest ally.

Once again, how can anyone believe in you if you don’t believe in yourself? You’re beautiful, and if push came to shove, you could move mountains. Don’t be afraid to have faith in the notion that you are capable and strong and worthy of a fulfilling life. No one should ever have to tell you this because you should be telling yourself.

So, here you go, fly in any direction your heart is telling you to. Listen to it, and don’t be afraid of getting your wings clipped or falling off course, because rest assured you will. But, keep flying and shake that snow globe as much as possible along the way.

There are discoveries to be had, and you, my dear, have a bliss to follow.

Regina Kypriandes is a non-native Coloradan. She’s a self-proclaimed feminist and gypsy. She loves inquisitive questionnaires, keeping things local, and her record collection. She’s slightly obsessed with picture-taking and has recently decided to go back to school to finally finish her Bachelor’s degree.