I Am Mine, and I Wanna Fuck like I Did in High School. 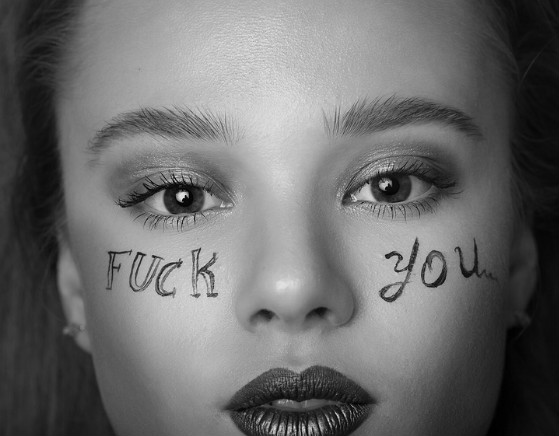 Sex in high school was pure.

It was pure beginner’s mind.

Yes, it was about orgasm, but it was also about the fusion of two kids in pain. It was about making each other feel good. It was about a way out of being a teenager. Because, we had heard, being an adult was supposed to be easier.

In the years after I lost that relationship, sex devolved. At first the ball remained in my court: I had fun, and I chose who I fucked. I guess the big problem was I chose pretty much everybody. Boundaries are something I just learned two years ago, so the 20-years-ago Me was pretty much fucked.

Fucked in bathrooms, fucked after school, fucked in the woods by the random new guy with a condom I was allergic to that basically gave me elephantiasis of the labia, fucked until fucking became gross. But oddly, it was compulsory at the same time. I hated it and I couldn’t stop. I hated me and I couldn’t stop.

Some kids cut, some kids smoke pot. I fucked.

And it makes sense, that I took this huge, good part of my first relationship, and tried to find it elsewhere. When he and I broke up, we continued having sex for a little while. It warped my perception, being good enough to fuck, but not good enough to call girlfriend.

As a very sexual woman in the first place — which comes with a lot of societal criticism to navigate, especially for a teenager — my worth became equated to sex.

And the quality of sex began to suffer.

And it wasn’t just the men who came with expectations and programming. I had morphed into a man-eater, a young woman who cried and felt numb on most days, then pulled on her predator cape at night. I was no angel either. When a guy fucked me right away and deigned to call me the next day, I recoiled, referring to an Eminem lyric that rang all too true:

But I guess that’s just what sluts do

How could it ever be just us two?

I’d never love you enough to trust you

We just met and I just fucked you

Not all sex after high school was bad — I had plenty of relationships that included good, exciting, or adequate sex — but the bulk of it became decidedly drunk or boring. We kiss; I lick there, you lick here; insert tab A into slot B. Wasn’t there more than that?

Heap on plenty of times when I had a change of heart and body after that first kiss, but felt I couldn’t stop, because I had somehow promised my sexuality to men. Sex was my punishment, it seemed, for being sexual at all.

It wasn’t until I had a six-month-long yeast infection — yep, not a typo — years later, that I got a chance to truly examine the motives behind my sexuality. With this time to rest and choose day after day not to push my body past its limits, it became apparent that I often used sex as an escape and a distraction, and that I often had sex I didn’t want to have.

It became apparent that many of my shorter yeast infections were pleas from my body, for discernment. “Please slow down,” my pussy seemed to be saying. But in an effort to please, and to remain true to my sexual identity, I ignored her again and again.

I also realized that my sexuality had been warped to a point where I literally got off on the experience of men’s approval and pleasure. It was as if I’d stopped believing in my power, given into men’s, and just made this inescapable victim paradigm into one I could enjoy.

Yet it was escapable. Most thought patterns are, once we recognize them.

The behavior was all tied to male approval, to my stories of not being enough, acquired when I was a child.

After that light bulb went off, there was no going back.

Around this time, I discovered ancient Taoist energy practice, including the jade egg, and Layla Martin’s work. I started to see my true, pure sexuality as a gift, one that connected me to the Divine. I began healing my body image, and stopped working out to be perfect. I tattooed I am mine on my skin, something I had wanted for years, but had feared men would hate.

Even though I still had fears around it, it was time to get the tattoo. One day the scales tipped, and the words were on my body, forevermore.

And so it is: I am having high-school caliber sex again. Only now I know about coconut oil.

Lynn Wolfbrandt is a writer and intimacy guide who seeks to support people in healing from sexual trauma and shame. She believes that sexuality is Divine, with a capital D. In her writing, nothing goes untouched, no dark corner goes unswept. She believes in integration, whole-ing, exposing shadows, and love. Find more of her at her website. To learn more about standing in your power, sign up for a free guide.