Departure as the Call to Adventure. 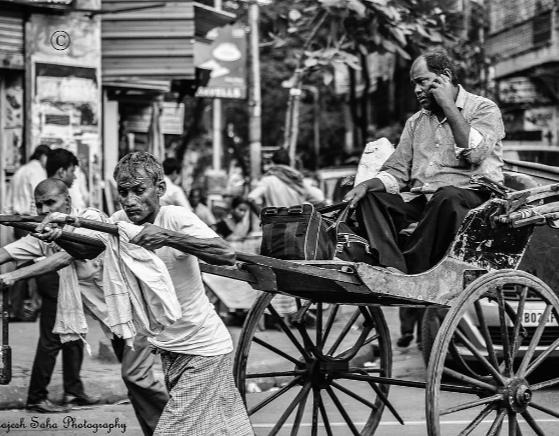 When I was 21, I was sitting on a pylon by the side of the Thames, in London. I was overtaken by an experience. It came like an announcement: “I have to go to India.”

What starts an adventure? According to Joseph Campbell, it starts with a departure. There is a call to adventure, he says, that leads us out of our so-called normal world and into a more unfamiliar world.

I can see some of my own story in Joseph Campbell’s mythic structure. Going to India was a departure. There were the collective convictions, values and conventions of my normal world. But going to India was like stepping into a strange and mysterious and unknown world. It turned my world upside down. Going to India fundamentally challenged how I saw the world.

There is also an urge to refuse the call, says Campbell. For me, it came sometime not that long after after accepting the call. Willingly or unwillingly, I had been dragged into an adventure. Going into the unfamiliar and the unknown sounded good at the time. But, India was not just going to a distant land, but into a distant psychological realm. All of a sudden, there was a yearning for the normal world.

How could I have been so foolish as to wander out of the normal boundaries?

I caught on late that this journey might involve a rite of passage, an ordeal, maybe some kind of a death and a rebirth (it was like in those old initiation rites where they knock out some of your teeth and make you think you are going to die just to help shatter your old reality). This journey not only included a treasure, but also some danger and maybe it was best to retreat.

Maybe I should go back and get a 4-WD and 2.5 kids and a dog. Go back and focus on keeping the Bank Manager happy. My parents were right. I now understood all of those people who choose security over growth. Personally, I would now like to become an accountant(and join the Establishment) and would be more than happy to accept secular materialism as the one and only dominant reality.

I had gone further than I wanted to go. There would seem to be some refuge in the collective conventions of a so-called normal life. Was it possible to go back? There are strange and mysterious forces in this unfamiliar world. There are other realities. Something numinous. It is a strange journey, this journey of the self. There are forces beyond my control. It feels like a defeat for my ego and some of my best-laid plans.

It feels so unfamiliar and unknown.

It’s like the Odyssey where Odysseus lost his clothes (and the accouterments of success) and had to become naked and lose some of his old persona and wash up on all of those different islands of experience.

It is like that poem from Robert Frost about taking the road less traveled. We come to a fork in the road and have to choose. It would seem easier to stay within the collective conventions of my own culture and leave it at that, than take the different road less traveled.

But, there is also something about the journey of self that makes you start to trust. There is an implicate order in the journey towards wholeness, let’s say. The world becomes a wider, larger and deeper place. There are synchronistic events. It is not easy to go back into the cramped and narrow confines of the old box after some of that experience. The truth is some of the old conceptions have been outgrown.

It is only some time later that I read, in Carl Jung’s work, that the original meaning of the word vocation was to hear a voice. To be assailed by a voice. It reminded me of the voice I heard to go to India. My vocation has been marked out as different because the calling was different. “The soul has its own peculiar concerns, demands and necessities,” says Jung. I can get that.

I would agree with James Hillman, “Life is a psychological adventure lived for the sake of the soul.” And I like this idea from Jung that the path is a powerful thing that takes on a life of its own. It is not as if you are guiding it yourself, or someone else is guiding it, but as if the path itself is in command.

Jon Wilson has undertaken change management and management development programs for a number of organisations, including Johnson And Johnson New Leaders (Australia), The Office of Public Sector Management and The Orient Hotel (Thailand). He is the author of Global Scenarios (1998 EPAC) and The Self-Managing Strategy (1999). Jon lives in Fremantle, in Western Australia.