Flailing in the Shallows: Outsmarted by the Deep. 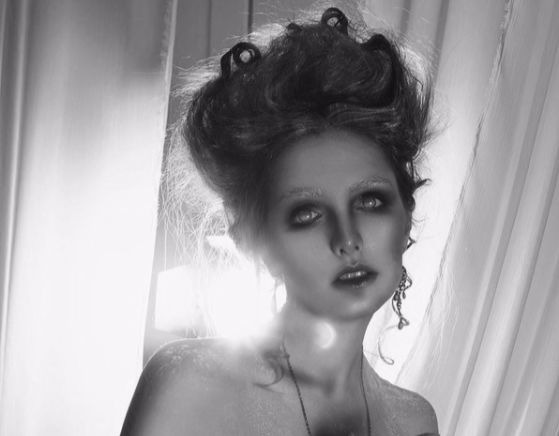 She moved in blackness. You didn’t see her pulling away because you were too distracted with the shiny playthings.

She stood back amidst the flames and watched you. You thought she was too stupid to catch on, but sweet little boy, how wrong you were! She saw everything. She listened to the words as they left your mouth and flew East even as she watched your body move South.

She knew the picture you were trying to paint for her just didn’t quite resemble art, and she often wondered how long you were going to stand there with that pencil in your hand as you tried to convince her she was merely colorblind. That she just couldn’t see the depth that you were presenting to her, or that her perception was completely askew.

And she smirked at the knowing that soon enough you would be found out. That your so-called originals were merely stolen images from the many men who came before. And you were left standing there with nothing of sincerity to offer. But then again, she was not surprised, as shallow living can only mean shallow words. And shallow words can only mean shallow feelings. She remembered when there was a time where she would be thrashing and flailing about in the shallow end because she felt she was in too deep.

But now she realizes that all she had to do was stand up. And she is standing. And you are nowhere to be found. And though your art still hangs in the dusty halls, it is now merely an old representation of an image. One that looked an awful lot like love to her, but now just looks like lines on canvas. Clarity comes in the absence of your filter though.

She sees the image you drew of her. Her face impeccably portrayed with two full lips, wide eyes, and delicate cheekbones. Two soft, round hips, like the curve in a road, shaped her bottom half as a flowing river gushed between her two juicy thighs. But her head?

Empty. As if you knew nothing more of her. And she vaguely recalled a time when you told her that you loved all of the curves and sharp corners of her mind. Though it now seems as though it was difficult for you to remember the maze and the beauty that existed within.

The one thing you did draw well though was her tongue. It looked soft, almost as soft as her angelic face, but it was sharp. And it could sting in a single lash, and that will probably be the only thing you take away from this.

Because pain seems to stick with you longer than love ever did, and in the end, you were only in it for yourself. To prove to yourself just how clever you could be and just how artful you could be at dodging true intimacy.

But she outsmarted you. For the clothing of the fool is too outlandish and silly for it to go unnoticed. And you were only fooling yourself in thinking you were dressed as a king.

Natalie Sophia is a self-proclaimed writer, healer, yogini. Her mission in life is to heal and be healed. She loves to laugh, to feel and to write. She began her journey of awakening a few years ago, and though there are times she longs to go ‘back to sleep’, she knows she has work to do. Her work and her passion are one and the same, and she hopes to inspire others on their life path to attend to their deepest longings as a soul in a human body. Natalie feels that life is meant to be enjoyed, not endured. She knows that pain can be inevitable, but there is always choice in the story created from that pain. Feel free to check out more from Natalie on Facebook.