Reality Check: Still Thirsty, but It Is No Longer a Flaw That Mocks Me. 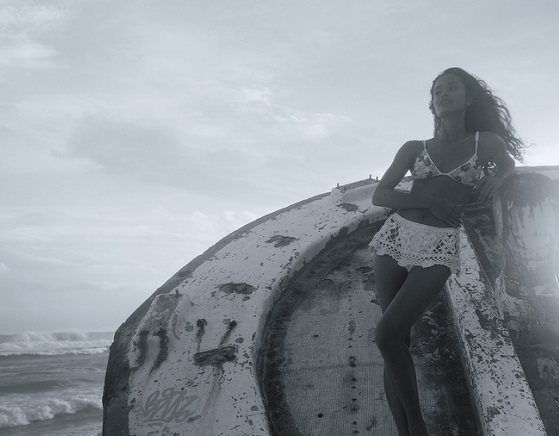 Gurgling, gulping, gasping for air, while the salty seawater threatened to plug my lungs.

Grasping at debris with swollen hands, while swinging my feet as forcefully as I could against the pressure of the deep squeezing against me. My mind, observing my surroundings pouring in on me, screaming with caged thoughts of outrage at myself: “How could I have let this happen?” With flailing arms, I continue to re-create my own undertow.

Finding myself, the next day, baking on the shore of my uncertainty, and barely able to withstand deep breaths without coughing up water for air.

Months later, lost at sea, shipwrecked, and completely unaware that the oasis I had been drinking from was temporary. So, when it gave out, so did I. My quest became the means to my end; running from mirage to mirage, desperately hoping for something real and finding it had all run dry.

How do I survive on this island if it will not give up its secrets? Whose cruelty am I a victim to that I will die in this state, forever thirsty?

The day I lay realizing I was clutching the imaginary hand of another shipwrecked wanderer, wondering if they were there to rescue me, was when my disillusionment began to disperse.

The experience of trying to hold tightly on to nothing other than my own projected illusion of an external hero, finding them unavailable, feeling the same desperation rise that had left me dry at every other broken well, woke me up.

My quest now is to walk the rough terrain reintroducing myself to the lay of the land. I cannot take my previous experience for granted, nor can I afford to waste time cursing myself for falling prey to the romantic myths of buried treasure rather than realizing that I am that treasure — the rough-hewn dark diamond still needing refinement.

I am still thirsty, but it is no longer a flaw that mocks me. I am mapping out the wells that are truly in existence. I am learning to set aside emotions to let the frame of truth-based reality take precedence. Primary feelings, once examined, can be held by this frame or can be trimmed to fit it. That is the harmony offered in our ability to reason and hold truth while managing our emotions.

I have always considered myself an emotional creature, fought to validate my feelings, and rallied to have supporters on my side, and it has not been for nothing. I have learned, and I have been loved. However, as a survivor, I know when I am being made a fool, being put to a slow death, and I’ll be damned if that’s by my own hand. I can do better.

Such is life, on an island of doubt or even in a city of angels. We always have the ability to make a better way and light a torch for others should they find themselves someday wandering as we were — tired, thirsty, disillusioned, and feeling done for.

If you feel lost, send up a flare. The light will spark your wits, and in doing so you’ll be halfway home.

Erica Bauman currently resides in Cincinnati, OH and has recently gone back to school for her Bachelor of Science in Psychology. Her favorite places to visit in the city are Washington Park, OTR, Findlay Market, Smale Park and the Roebling Bridge. She revels in the opportunity to catch a game or live performance, whether that be an FCC game or a Riverbend concert. She is a proud student, volunteer, and supporter of the city’s own Improv Cincinnati. She believes deeply in the beauty and stories found in the people and places she comes to know, that music makes everything better, and that laughter is truly the best medicine. She hopes to impact everyone that crosses her path in that they feel they are somehow better for having done so. She has been published with Societyletters.com, Iamleyahshanks.com, and Holl and Lane Magazine. You could contact Erica via Instagram.