Wake Up! Grief Needs Something From Your Heart. 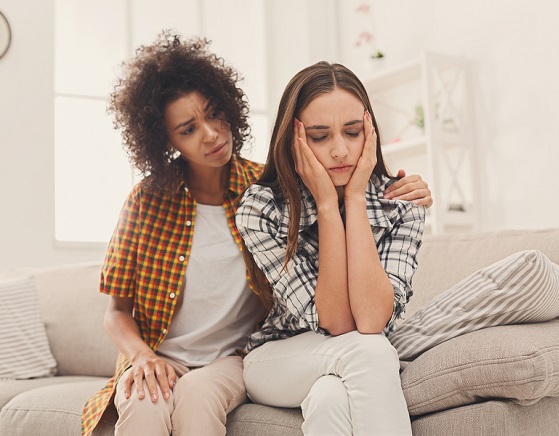 Grief is sinewy. It’s gristle and bone. It’s muscular. It barges in and doesn’t go away until we deal with it. But what have we achieved in the last decade about grief awareness?

We have come a long way since my wife died over a decade ago. Back then, there were few resources on the Internet if you were grieving, and it was hit or miss as to whether you could find a friend willing to listen to you share, let alone someone who actually understood the trauma that was tearing you apart.

The only listeners you found may have been strangers at the bar who agreed to listen to your sorrow if you listened to theirs.

Today we have scads of grief bloggers, a bunch of journals focused on grief, and support groups online who welcome new members. Memoirs have been published by people who have lost spouses, parents, siblings, children, pets, and friends.

Unlike the grief books by psychologists who took one theoretical course on death and dying in school, books are now being published by grief counselors and therapists who understand how grief feels and moves because they have also lost someone close.

But what does the general public understand better about grief than it did a decade ago? Joe Biden and Sheryl Sandberg spoke openly about their grief, and what they said was largely accepted, for a few weeks. Then came the blowback when people responded with “Shut up!” and “Get over it already!”

Are people not paying attention? Are they too busy to notice Death smoking a cigarette in the alley, watching people go by? Or are people so scared of Death that they worry if they even glance in that direction that Death will notice and take someone they love away?

Perhaps it’s the rampant emotions that scare people the most. Grief is going to be emotional. People are going to cry and sometimes they wail. That’s the reality. They’re expressing their grief, not looking to you for answers, although they would take any you had.

In her book Second Firsts, Christina Rasmussen says that at a dinner party she was asked what she did. She said, “I help people start over after loss.” And the man said, “Oh, that’s nice.” and moved on. Is there anything more important we have to do? What did he do for a living that was so important, make money from manufacturing cheap trinkets and widgets?

If Christina had said she was a heart surgeon, he probably would have commented about her saving lives, talked about how demanding it must be, and asked for more details. Yet that is what she was doing. In her work, she saves lives, but he didn’t care because he didn’t think grief was important. He should be grateful that she stepped up with her compassion. It was clear that he wasn’t going to.

There is a Grand Canyon of a divide between grievers and nons. If you haven’t lost anyone close, you don’t understand how grief batters you every day, drags you down, rearranges your life, and fractures almost everything you once turned to for support. Yet, many people still want to paste Band Aids of platitudes over your grief as if they knew what they were talking about.

Men are simply the worst. Too often men are blank walls of fortitude, you can’t tell what they’re feeling. Men generally don’t like emotions because they get in the way of getting work done. They ignore grief until the pressure builds up so much that it explodes, and no one wants to clean that mess up.

I had a few male friends who encouraged me to stay in touch with my emotions, but most of my support came from courageous women who came even though they didn’t know how they would be able to help.

I am discouraged that with all of our work over the decade to get the word out and have grief accepted as part of everyone’s life, as it was in our grandparents’ day, not everyone knows the basics of how to help a friend who is grieving. There is no excuse. All the information we need is available.

I want to grab people by the shoulders and say, “Be a human being! That friend you just brushed off, who is barely able to make it through the day, who rallied her energy to come out into public and shop for a decent dinner instead of retreating to the frozen leftovers in the back of the freezer, took a big risk in confiding in you, and all you could say is that you hope she feels better soon? Show some empathy! Even the animals know how to do this.”

Wake up! The grieving don’t need generic sympathy cards. They need something from your heart.

Look, I know you probably mean well. I know you want to say the right thing. But if you can’t sit down and just listen to someone who is hurting, then do your research. Read a grief memoir. Get a sense of how devastating it is to lose someone you expected to spend the rest of your life with. Then come back, tell your friend that you’d like to hear how their day went, and listen.

I think it’s impossible for anyone to understand how devastating grief is until it happens to them. And it is hard to listen to someone you care about, who just lost a spouse of 10 years, a child, or a best friend, desperately wanting to soothe their broken heart, and feeling helpless to do so.

Your bridge over the divide that separates you is compassion. Even if you don’t know what to do, you can hold them. You can physically be present. You can cook a meal and help with chores around the house. Be strong enough to sit with them when there is nothing left to say.

One day you will lose someone you love and find yourself walking in The Land of Dark Shadows and Deep Sorrow. Then you will know the truth of grief. May you not regret how you have treated others.

Mark Liebenow writes about nature, grief, and the wisdom of fools. The author of four books, his essays, poems, and reviews have been published in over 40 journals. He has won the River Teeth Nonfiction Book Award, and the Chautauqua and Literal Latte’s essay prizes. His work has been nominated for three Pushcart Prizes and named a notable by Best American Essays. His account of hiking in Yosemite to deal with his wife’s death, Mountains of Light, was published by the University of Nebraska Press. You could contact Mark via his website.