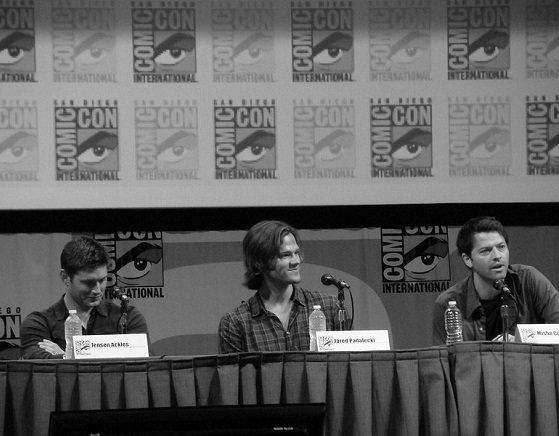 The masks always fall eventually, and I hope they fall soon.

With a culture that ‘stans’ and obsesses over celebrities and treats them like deities, it makes you wonder if it’s a scam and they are actually just collecting people. We know the toxic culture of human worship has reached its pinnacle when you don’t have to do anything except be famous to receive God-like worship.

Yet they look down on people who are spiritual or follow a religion with disdain or with the condescending belief that not having any religion/spirituality somehow classes them as intelligent or rational. Living in the ‘real world’. Ironically, at the same time, they are ‘fangirling’ over some actor from a film or TV show and treating them like a God.

TV shows like Supernatural and ‘fandoms’ are perfect examples of false idols. All it takes is to look at their fans’ behavior towards the actors and see how the people in power get away with exploiting fans, not just financially but sexually and in other ways. The show uses mind control, programming to get people to do what they want. The cult has grown its collection of fans over the 16 years it has been on air.

Thankfully it has now been taken off the air, but the ‘fandom’ cult is still going on and the thousands of people under contracts are still sending them money and being used as an energy source.

There have been many counts of sexual misconduct by the actors with the fans in conventions, some fans being as young as 12 years old, yet it goes unnoticed. Even if some people speak out, the mob of fans will defend the celebrities regardless of what they have done. They blame it on mental health issues to take the blame off the perpetrators by painting the victims as unstable or liars.

It’s not the only show to have those issues, shows that do fan conventions like Comic-Con brainwash their fans, take their money, and use their energy for themselves and for the beings/entities that the actors made deals with to become successful. The fans don’t know that they signed contracts, whether consciously or subconsciously, to serve negative energies through these actors.

Though they are thinking they’re just a ‘fan’ and getting overly emotional and attached to characters and actors, it is a spiritual power exchange and contract/agreement being created. Emotion is a powerful thing, and when manipulated by bad people, it can be used to control and exploit.

It is important to remember that every person has a choice and free will to not be used by negative energies, and just because a lot of people seem to like something, it doesn’t mean it’s a good thing. Always read the fine print.

Freeing yourself from contracts is possible with healers who work with beings of light and can put an end to the agreements and remove the cords and entities attached. The more people know, the better and more vigilant we can be to not be tricked by low-vibration beings that use pretty people to manipulate and control others.

Freedom from mental, emotional and spiritual slavery is part of the healing movement, and this year will bring it to the surface more than it has previously.

Viola is a creative writer who covers topics of spirituality including mediumship, energy work, past lives and karma. She is interested in the Akashic records and self-expression, also topics to do with freeing the mind and the effects that TV and social media have on the modern-day society.