All Your Dreams End to End Won’t Make a Life. {poetry} 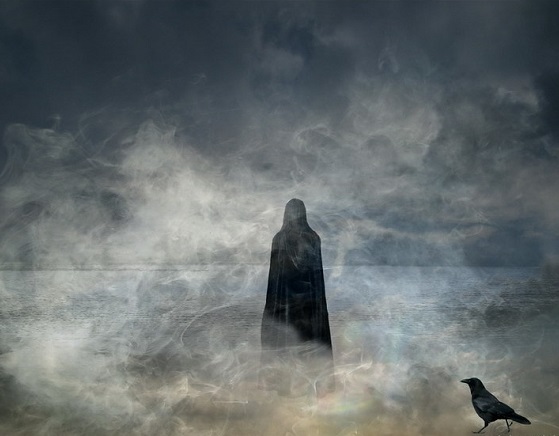 The shape of god has no meaning is what she
says, but I am deaf in these first
humid days of August

We have lived too long

And why give the children names?

Let the factories burn, the sleeping houses,
the churches with the
righteous and the weeping trapped inside

And the age of saints is necessary, yes
but what of the saints themselves?

Give them guns, she says

Go back to the first war

My father,
for example

The story I’ve told you about
that last phone call, about the kitchen floor,
the late winter snow

And you can lay all of your dreams end to
end, but it won’t make a life

Let the truth be a
series of unrelated images

The radio plays quietly in another room,
always a song by an overdose or a suicide,
and I am tired of measuring my life
by other people’s failures

Who buries my darkest words in the
back yard next to my father’s bones, and
do you remember the weight of our
silence up on Glasshouse Hill?

Do you remember the abandoned
factories in the distance?

Escape is a word without any meaning

The ticket is a winner or the
chains are broken, but either way
the bullet gets your brother
just below the eye

Nothing on the radio but static

A junkie at the door

The blindness is something new
but not the pain

Magnesium sunlight in
the magician’s kitchen

Early afternoon in the
village of heartbroken angels

Fuck one, she says,
and you gotta fuck them all

You gotta know them by name

And what if it’s time to meet
your dealer in the parking lot
but he doesn’t show?

One more asshole who’s
got you by the balls

Car dead in the driveway

Father dead in his hospital bed

Still some sunlight in the
early afternoon
but never enough to keep us warm.

John Sweet is a believer in writing as catharsis. He’s opposed to all organized religion and political parties. He avoids zealots and social media whenever possible. His latest collections include Heathen Tongue (Kendra Steiner Editions), A Bastard Child in the Kingdom of Nil (2018 Analog Submission Press) and A Flag on Fire is a Song of Hope (2019 Scars Publication). All pertinent facts about his life are buried somewhere in his writing.