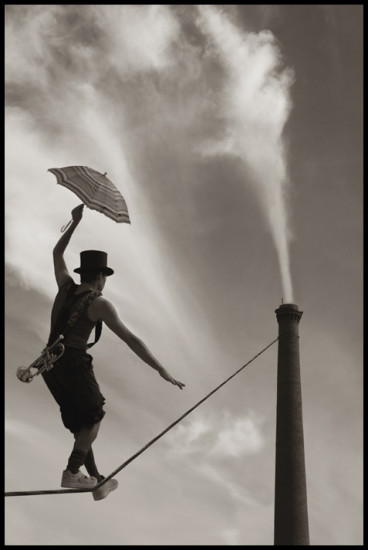 As a Libran with balancing issues — whether in or out of Yoga class — I have always thought that nothing could top the scales as our symbol.

Just as mosquitoes and Dracula crave blood, so we Librans must suck in nice, big, slurps of balance in order to thrive. Weight one side of life too heavily — box us in crowds, say, long after we yearn to be freed of them with only the dog or delphiniums for company — and our spirits sink.

Small wonder then that I so resonate to the Chinese concept of yin and yang.

Dark is forever balanced against Light; order against chaos; beauty against ugliness; kindness against cruelty; forgiveness against resentment; truth against falsehood; seed against blossom; dawn against dusk; sunshine against rain; inside against outside; confusion against clarity; sloth against industry; Bach against Bowie; vanilla against jalapeno.

My Libran-ness even extends to my wardrobe. What colors do I most favor? Black and white. I clothe much of my home in these hues as well.

That said, once upon a time, I happened upon a house I wish to this day I had had the courage to emulate… 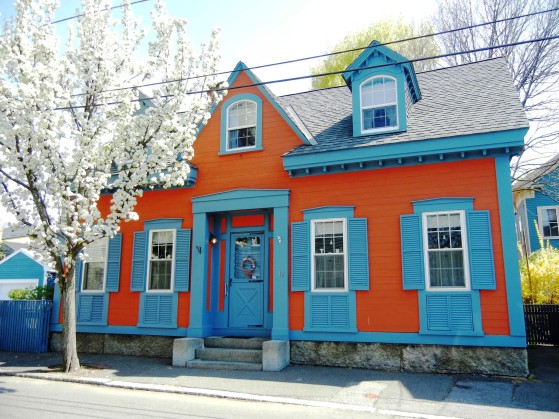 Are you gagging? A quick look at a color wheel will make it instantly clear why I am not. 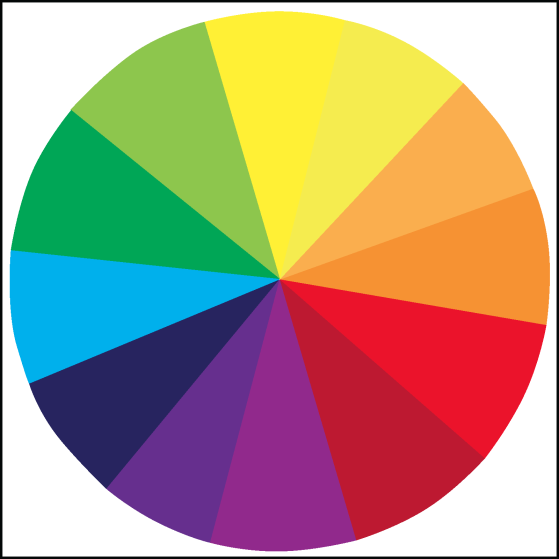 My yen for yin and yang extends even to manicures. Week after week, my nails unsheathe in one shade — tomato-red.

Why tomato-red? Why not pink-red, blue-red, or crimson-red?

Because I Am A Tomato.

Yes, you read that correctly and, no, I am not on drugs. (Well, not that kind.)

Here’s the deal — just like a scale, tomatoes have two sides. On one side, the tomato is a love apple; indeed, 16th century Europeans believed its seeds were aphrodisiacal. Yet 6,359.11 miles away, the Aztecs favored tomatoes as a side dish to accompany a thick juicy steak of human.

Which is just too disgusting to contemplate… but we airy-fairy Librans have our dark side also.

As the online community tribe attests, “In the quest for harmony, Libra has no problems with upsetting the apple cart. If the apples aren’t quite right, there’s nothing wrong with tipping them over to put them back in properly… Libra can justify behavior that others will see as violent or aggressive because it’s for ‘the greater good’.”

Hurt someone I love, and my inner Aztec will have your heart on a platter… or beneath the wheels of my car. Now, obviously I didn’t run over the kid making my kid cry, but I wanted to and, for the greater good, perhaps should have. That kid’s old enough now to procreate.

Thus, increasingly, I am convinced that the ancient Egyptians and Babylonians goofed when inventing the zodiac. The tomato is a much better representative of Libra than the scales. Not only are tomatoes prettier — and we Librans need things pretty — but, like Librans and unlike scales, tomatoes too can be formidable.

Gardeners must walk a balance beam about 1/8 inch wide to ensure they thrive.

I learned about my anam cara, my soul friend the tomato, courtesy of my garden. I share my plot with my Dear Friend and, while I am all about flowers, DF wanted edibles and herbs. So there amidst assorted petunias and zinnias, moss roses, and a real rose are bastions of basil, mint, peppers and, you guessed it, tomatoes.

The excitement built as little green balls began sprouting amongst the leaves like ornaments on a Christmas tree. Our cherry tomatoes ripened first — so gorgeous and entrancing that they rarely made it to the kitchen.

“A mouse ate it,” I’d tell DF, a tomato seed or two at the corner of my lips.

Our Big Boy tomatoes, however, forced the mouse to cool its jets. Indeed, humorist Lewis Gizzard can claim all he wants that it’s difficult to think anything but pleasant thoughts while eating a homegrown tomato… My thoughts, as I attempted to grow the damned things so I could eat them, were anything but pleasant.

Morning after morning, my Big Boys remained intractably green. I couldn’t remember being this frustrated since Casper the canine Escape Artist found a way to scale a brand new 8 ft. chain link fence.

“What is it about you that makes your dog so eager to leave?” asked Chris the fence-builder.

“There is no such thing as a bad dog,” my friend Bonnie would add, “just bad owners.”

Was I being a bad owner? Was that why my tomatoes weren’t being good Big Boys and behaving? Were they, like Casper, simply acting out?

Two things were in order, perhaps: more discipline, as Bonnie maintained; and more water, as Dallas demanded. Remember, even Texans describe their summers as so hot that eggs hatch hard-boiled.

And then, just as astrophysicist Carl Sagan promised — somewhere, something incredible is waiting to be known — it was time to harvest our crop. “Come to Mama,” I crowed as I reached through the vines.

I can’t remember when I realized that my forehead had creased à la a crushed fender. Like traffic at an accident, time gridlocked. Horrified and entranced, I stared at the carnage. 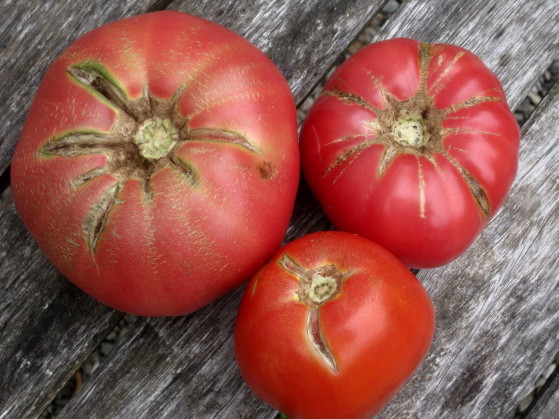 My poor tomatoes! They were cracked. Not one had escaped. One poor fellow had even split wide — guts spilling, ants swarming.

“It’s okay,” Joan, a fellow member of our Community Garden, assured me as I frantically hosed off the ants and scanned the skyline for a roof to jump off of, “some of ours cracked too.”

When Joan left, I inspected her plot. Maybe she was just being nice.

She wasn’t. Truly our community was in this together.

Quickly on my phone I typed tomatoes, cracked.

Cracking usually occurs because tomato plants get too much water too fast, TomatoDirt informed me, the tomato skin can’t stretch to accommodate the extra fluid…

It can be a good idea to stop watering tomatoes when they begin showing signs of ripening, VeggieGardener added, this can greatly reduce the chances of cracking and splitting…

In other words, I had overreacted and wound up doing exactly the wrong thing. In trying to force things, I had forced my tomatoes to crack.

Now, in future, I can hedge my bets and purchase crack-resistant tomatoes. Apparently there are varieties out there with more elastic skin. But, in the meantime, I am sensing a learning opportunity here…

What works for a tomato works for the rest of us. Who couldn’t use a bit more elasticity in their outlook, their goals, their game plan, their spirit?

Try something different, advised the poet, Rumi, way back in the 13th century. Surrender.

Apparently not only poets have pondered the concept of surrender. Martial artists have, too…or at least one did, which I find rather intriguing since martial means warlike, and you’d expect a martial artist to kick surrender upside the head. But when Bruce Lee counseled others to go with the flow, he meant it. Literally.

Be like water making its way through cracks, Lee wrote, do not be assertive, but adjust to the object, and you shall find a way round or through it. If nothing within you stays rigid, outward things will disclose themselves.

Of course if nothing within you stays rigid, all rock-hard effort to surrender will surrender itself as well. Maybe, instead, you’ll surrender to the mini Jet Li within your gut and not yield. You’ll resist, struggle, grapple, stand your ground, and get sweaty. Perhaps you’ll even crack.

And, if you do crack, that’s just fine. Because, sometimes, we learn from cracking. Like a chick from an egg, enlightenment emerges — a beak, a little wing, a sweet twig of a leg at a time.

Poet Kahlil Gibran saw this, too. Your pain is the breaking of the shell that encloses your understanding.

How appropriate it suddenly seems — that some gardeners call tomato cracks growth cracks.

Many of our tomatoes, however, weren’t cracked so much as scarred. But scars have meaning, too.

Amen. My Dear Friend has spent the last eight months fighting cancer. And part of DF’s treatment included surgery to remove 22 lymph nodes on the left side of the neck.

“My scar is so ugly,” said DF glumly one afternoon. 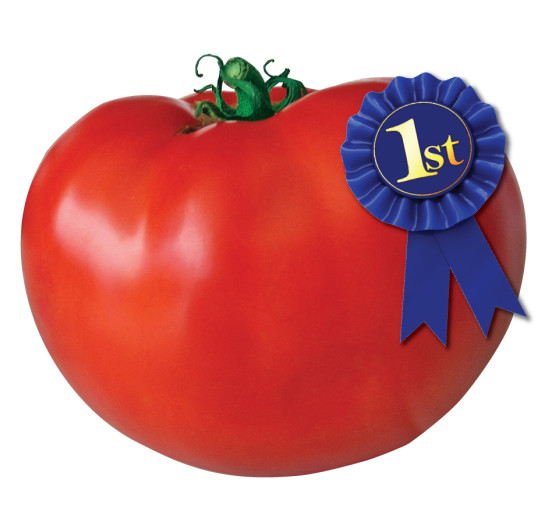