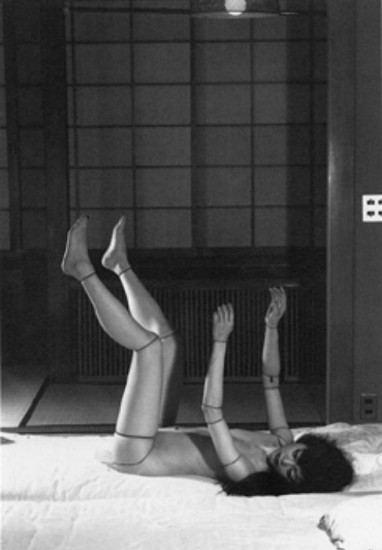 Kate and Geertje are yogis, writers and friends on different continents. They correspond and talk about life as if it were a Yoga pose — requiring flexibility and strength, discipline and surrender, regular check-ins with reality, humor and kindness.

Holy crap! I haven’t heard from you in so long, I was afraid you were starting to roboticize. This has happened to so many already, but I thought The Netherlands was immune because your citizens are so friendly and orderly and shiny and happy and tulip-flavored.

I doubt this will really happen to you, as robotitis only happens to those humans completely divorced from their heart stuff and wed and always in bed (so to speak) with the head. Not you, never you. Not, no, nada, nope, negative, and nay. What are your symptoms? Do you think in quadrants or other linear shapes?

Do you still fall into wonder when beholding the great mysteries of nature? I just don’t believe you could be infected in any meaningful please-call-the-exorcist kind of way.

I’ve heard there will be a microchip eventually that will allow the US government to identify its citizens and will contain our entire medical record in an effort to prevent insurance fraud. The US is so savvy.

What do you think of Donald Duck? I mean Donald Trump? Have you heard this terrifying toupee-wearing megalomaniac is running for President of US, and is actually doing quite well in the polls? Makes me want to throw up in my mouth.

He is the anti-Christ and my extreme reaction and dislike makes me almost certain that Donald Trump is a shadow character lurking in my subconscious. I don’t even know how to begin integrating Donald Trump. Or maybe I do. I must have a gazillionaire megalomaniac lurking in the darkness that is my unconsciousness.

Hail the Great Kate, Ruler of All Things She Deems Worthy of Her Rule!

I need to buy them some seed. I keep meaning to buy new feeder and seed, and then I don’t. But I will, especially now that you’ve asked. Lately, I’ve been finding feathers shed by exotic wings. I always hear nature speaking to me, but lately, she’s speakin’ loud. I plan to make a medicine wheel on this full-blue Aquarian moon.

BTW, a book I recently read that is worth it, and is so close to soul that it may undo your robot feelings at least for a while, is called When Women Were Birds by Terry Tempest Williams.

“Now, in a shift of light, the shadows of birds are more pronounced on the gallery’s white wall. The shadow of each bird is speaking to me. Each shadow doubles the velocity, ferocity of forms. The shadow, my shadow now merges with theirs. Descension. Ascension. The velocity of wings creates the whisper to awaken…

I want to feel both the beauty and the pain of the age we are living in. I want to survive my life without becoming numb. I want to speak and comprehend words of wounding without having these words become the landscape where I dwell. I want to possess a light touch that can elevate darkness to the realm of stars.” ~ Terry Tempest Williams, When Women Were Birds: Fifty-four Variations on Voice

Life As Asana must go on! Change anything. Write something fresh. Write it slant. Write your shadows and why the light fades and becomes a huge bore when the unknown is forgotten, denied, abandoned or projected, and so on…

With so much love and gratitude and longing,

I love reading your words.

I love how you see that there is no real Donald Trump other than in your own mind.

I love how you refuse to believe that I’m capable of roboticizing.

It took me about two minutes to write anything after these last three sentences. There’s your symptom. Others include: Still Alice-ian memory loss. One moment Jasmijn tells me something (I forgot what) and the next there’s no trace of it in my consciousness. Like it never happened.

Like a black hole in my brain that gulps up entire slices of life. And spits out random others.

Like all of a sudden yesterday, a memory surfaced about two participants gossiping about a third at the end of a weekend retreat I taught. I was surprise-spectating their conversation when the woman in question came back because she forgot something.

I felt responsible and guilty and afraid she’d heard the foul — and worse, thought I’d conspired with it.

Shit like that burps up in my Emmentaler cheese brain. Most just disappears in it. Here’s one thing I know for sure: telling your publisher (and worse, yourself) to write a book in two weeks is feeding your inner Donald Trump.

Other symptoms: lack of creativity and conceiving possibilities.

Guilt. One of my best friends miscarried a few weeks ago and I totally missed it, despite her calls and messages.

Rebellion. Yesterday I Googled tips to reduce screen time (I can see the irony in that one now) and only got hits for reducing screen time for your kids. That’s ridiculous, I thought. Who taught your kids? It was the last push to take matters into my own hands; if Google can’t help you, it’s up to you and God.

For real, I think general human degeneration through extensive screen time and digital exposure are going to be the asbestos of the ’20. And you know what, you’re right, I’m not down with that.

I will insert When Women Where Birds like an IV of sanity, nurse Kate. I actually remember seeing it and even holding it when it was lying next to your Queen-sized bed in your Phoenix sanctuary.

Yes! You should feed the birds, yes. Lord knows they need it in your neck of the woods.

This morning I told Jasmijn that if I could trade places with any other animal, I’d be a sparrow. They fly up high and around our home night and day in long diving circles, shouting at each other. How unbound and wild and full of fun I imagine them to be. Did you know they even sleep in the air, circling at high altitudes? Can you imagine?

Your letters make me feel that way. Like sleeping-flying-shouting and never touching down.

Sparrow-space is down-to-earth. Unlike cyberspace… that numbs me and renders me unable to relate skillfully to a world where terrorists rage and dads are dying and cartoon figures run for office and bumblebees sleep in flowers and everything seems like a dream.

Maybe it’s naive to say that no being lives in cyberspace, but it certainly ain’t gonna be me.

Thank you for reminding me how to write like a motherfucker.

PS: How’s your Dutch coming along?

Reading anything Kate wrote is great. And no, this is not her writing her own bio in third person, it’s me talking, Geertje. Kate says she has biography anxiety. I think it’s cool of her to refuse to be distilled into a tiny bio-box. It won’t work anyway, not with a woman-writer-phenomenon like Kate. Writing a bio about her is like fingers pointing at the moon, to make it sound Zen. Like the song goes, to know, know, know her is to love, love, love her (and I do) and you will too once you dip into her magical world.

Writing Geertje’s bio is a fool’s game, but way more relaxing than writing my own, because, who am I? Well, I’m pretty sure I’m a fool, so here goes. Geertje is sugar dipped in flames, fierce-hearted sage draped in ginger-scented supermodel flesh. A mirror that is angled just right, reflecting sparkly disco-ball light. Read more from her zany and just sharpened shank mind here.