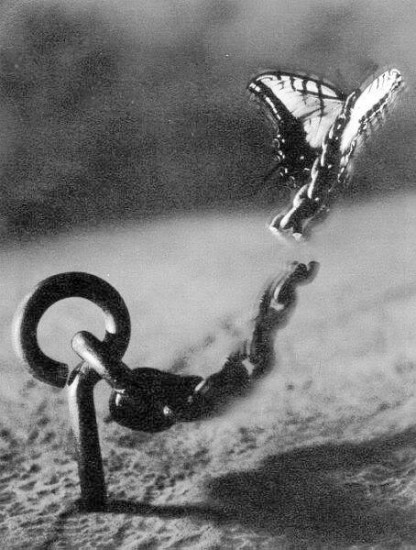 One of the first things he told me was that he was a very wealthy man. He added that his house alone was worth two million dollars.

He did not share his biggest dreams or his sweetest childhood memories or his deepest fears. He told me about his net worth.  We were having lunch in a café on the pier. There it was — my first warning. It was sitting right there in front of me, bold as a thunderclap.

Everything I needed to know about what this man valued most in the world was rolled out for me in one afternoon conversation. But I didn’t see it. I was mesmerized and smitten. And I fell willingly.

Thus began a six-year odyssey of heartbreak, degradation and unbearable sadness. It was mortally wrong and doomed from the very start. The power was perpetually lopsided. He was on a pedestal, dictating every beat, while I stood voluntarily beneath, shamelessly clamoring for whatever affection and time he would throw my way.

Our union was tucked away in dark places. By its very nature it had to be. He was an avaricious pig at the emotional and carnal trough, and I was spoils for a ravenous ego that would never be sated.

I told myself it was love; that tricky bitch that we’ll do anything for; that unpredictable and mystifying force that fills us with delusion and robs us of reason. But in the light of insight that would only come years later, I realized that this unfortunate detour was not as much about loving him as it was a prolonged exercise in self-abuse.

I like to believe that we all have inner warriors who keep an eye on us and pull us back when we wander too closely to the edge. They infuse us with lifesaving bravery and take over completely when we’ve lost all control. After watching patiently for seeming eons, my inner warrior had witnessed enough.

The demise of the relationship was quick, forceful and exquisitely clear.

The only thing left was the rubble of regret.

Regret is the dull ache of a painful mistake we never want to make again. It is stealthy and tenacious. It embeds in the psyche and pulsates. Allowed to propagate, regret can be debilitating as it shackles us to past events that we can never rectify. It lives and breathes in the harm we’ve done to others and ourselves.

Regret is the ugly consequence of violating our own truth. It’s the burden we bear when our actions are out of alignment with our values.

The only way I knew to deal with regret was to meet it head-on. But first I had to identify it. In the deep work of healing, there were many pieces to extricate and examine. Regret was the lingering hurt that I couldn’t quite put my finger on. It was as if I was suspended in a floating melancholy that wouldn’t shake.

As I was driving through rush hour traffic one day, it clicked. Although I knew my heart was steadily healing, I finally realized the enormousness of the loss, of the time that I’d never get back — time that could have been spent so differently — and the permanent stain on a life otherwise well-lived. Regret was everything I couldn’t fix.

The only option then for transcendence was to do things differently in the future.

In its ethereal wisdom, the Universe provides oppositional elements to offset imbalances in the grand flow. If regret is static and anchored in the past, then redemption is forward-facing and fluid. It is the compassionate recognition of our humanity and the promise that we still deserve to be here despite our flaws and transgressions.

It’s rebirth through humility and the opportunity to know peace again. In the simplest of terms, redemption is a second chance.

Redemption is typically viewed as something earned over time and granted by the people we have hurt. It starts with the courage of an apology, followed — one hopes — by the grace of forgiveness. But at its core, I believe that redemption is an act of squaring with ourselves.

It is the difficult process we work through to rediscover our innate goodness, to trust ourselves again and to recommit to the ideals we wish to live by. It’s a long uncomfortable look in the mirror. And it’s our only way home.

For me, redemption has been the quiet path to dignity, the slow resurrection of self-respect through good work, generosity, simplicity and the basic Buddhist principle of doing no harm. I am measured, intentional and grateful. I am blessed in spite of myself.

There are no certificates for redemption, or blazing lights across the sky, to signify when we’ve arrived. I don’t know how long it will take or if I’ll even recognize when I get there. Maybe I already have. And therein lies the irony.

Redemption is what happens when we finally set ourselves free.

Katy Bourne is a self-described ‘basic goober making her way in the world’. A child of the Southern plains, she spent her Oklahoma childhood throwing rocks, blowing saxophone in the school band and riding horses. The youngest of four, she was often left to her own devices and entertained herself by making faces in the bathroom mirror and dressing up the family pets. Having navigated numerous life challenges over the years — addiction & recovery, the death of a child, divorce, the ups & downs of parenthood, the music business — she is particularly interested in exploring themes of survival, grit and grace in the face of ambiguity. Katy makes her home in Seattle, WA. By day, she writes promotional copy for musicians and bands. By night, she sings jazz at nightspots, festivals and private events throughout the Northwest. You could contact her via her website.