Abandoned By My BFF — A Lesson in Giving Away Too Much Power. 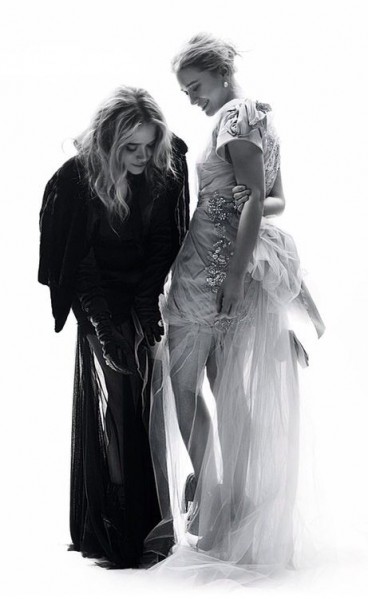 In sixth grade, I suddenly found myself as the third F in a BFF trio.

Amy and Danielle were lithe, pretty, blonde, popular; they were cheerleaders and safety guards, and wore Guess jeans in the perfect shade of acid wash.

Though I couldn’t understand their newfound interest in me, I accepted it with the embarrassing gratitude of a chunky, nearsighted 12-year-old on the fringes of elementary school society.

A few weeks into our friendship, in a flush of the intensely-focused love young girls harbor for one another, I used a safety pin to scratch our initials into my arm — a sturdy A and a shaky D, but before I could carve out my own C, everything imploded around me.

There wasn’t a fight. There was no confrontation, no pointed fingers, no apologies asked for or given. There was simply an absence of friendship overnight.

For weeks, I scratched morosely at my forearm, wondering what I did wrong, lamenting the loss of something I had barely had time to grow used to.

My skin scars easily, and 25 years later, I can look down and still see the faint lines of my first inexplicable betrayal by the careless hands of girls to whom I had given too much power.

This morning, I read a piece in Boston Magazine. Before the end of the first page, my ears were buzzing with unexpected kinship; take away the trappings of wealthy suburbia, and I could be one of the name-changed women in her story.

I don’t have a ski lodge, or a yacht, or even a simple pair of Prada flats, but I do have an extensive, heartbreaking, working knowledge of dismissal from the court of a Queen Bee.

A year ago, after several months of subtle edging out, I found myself unceremoniously exiled from a hive that had felt like home. The notion of kindred spirits I had held cupped so carefully in my hands was knocked to the ground, and I was left to wander an abyss of no redemption.

It is hard to put into words what happens when someone decides to enrich their life with your absence, and even more so when no explanation is offered.

You cannot help but wonder which flaw was so unbearable, which aspect of your personality so dreadful, that only the complete removal of your presence will right the wrong you have perpetrated by existing.

There is a nauseating lack of closure, a purgatory of endless unanswered questions; these were your sister-friends and secret-keepers — was it the telling of your untold stories? Was your honesty asking too much?

For the first time in decades, I would catch myself rubbing the whisper-thin A and D, a rolling rosary of potential fault.

The months marched on, and with distance came a small measure of perspective.

I caught glimpses here and there of the person I had allowed myself to become. With my head above her honey for the first time in a long while, I was amazed at the way I had let myself be shaped in her amber image.

I had disrobed inside the assumed safety of her hexagons. Essential parts of my personality were shed in an unconscious effort to emulate her.

I think it takes an equal amount of courage and reckless stupidity to strip down to nothing for the sake of baring your soul to another human being.

Sometimes, our efforts are rewarded by the mutual, fragile admiration and adoration of one as naked as we are, and sometimes, the other person remains fully and stubbornly clothed in multiple layers of warm judgment and hidden indifference.

I haven’t always known when to stop, lost in the process of shedding — maybe the absolute bareness I present determines the response.

Perhaps, the shapes I take in that state of unapologetic undress are uncomfortable to witness. If I wrapped myself around someone else’s center, then perhaps it is no wonder they shook me off.

There is a lesson here — an admonition to know how deep to go in revealing yourself to someone, a reminder that shape-shifting comes at a cost.

In the summer, a brown widow settled herself in the corner of my kitchen window. Sheltered there by the brick frame and a dry brown leaf, curled into a papery conch shell, she lived a long time.

She spun many egg sacs, and as I watched each of them open from the inside and spill forth the tiniest black babies, I thought of the way spiders are so good at letting go. They spin, and they set free. Hundreds of times. Thousands of times, if they find the right sort of sanctuary.

Each pinpoint of life a flight risk, but that’s where the sweetness lies — this giving of yourself to someone with spinnerets inside their pockets.

Sometimes they will lay out a line against the wind, and take a part of you with them, but you have to know that going in, and you can’t regret it when you’re carried off through dewdrops and dandelion fluff, squinting against the sunlight, falling down amongst the flowers.

You can’t gift your whole self into their hands — all of you is too heavy and no one needs the burden of someone else’s entirety — but if you learn to offer the small pieces of yourself safely, spinning into space is an adventure, not an ending.

When my spider finally died, on the far eve of autumn, I went outside and gently pulled her body down, burying her and her leaf in the small space under the window.

The wind blew back my hair and smelled like bonfires and forgiveness.

A few months back, I was browsing around Facebook when I came across Danielle’s profile. She was still tiny, still blonde, and the memory was a one-two punch to my breastbone.

These girls, these women, these Queen Bees — collecting the pollen of my persistent neediness, fingers sticky with the yellow dust of me, tongues thick with the power I chose to place on their heads.

They wear a heavy crown, which they hadn’t necessarily asked for, but certainly hadn’t rejected until I had forgotten life before I was bent in a state of perpetual curtsy.

Blame is a bitter tonic — it burns going down and lights a fire inside your throat. I’ve drunk deeply of it before, intoxicated by its easy absolution, but it hurts coming back up.

I have found that grace is more than a religious concept — it’s a cool cloth on your fevered forehead, a sweet whisper of better things to come once you get past this part, a practice of mercy administered by your own hand.

Abandonment will always leave an ache in the unprotected parts of you; being cast out can’t help but leave a mark on you, a brand of betrayal, a half-finished scratching of an upended experience.

But the pain is part of being human.

I can regret giving so much without regretting the act of giving, knowing in the end, the honey in my own hive is sweeter for it.

Based in the Deep South, Cassie Fox is a word weaver, picture maker, flower eater, moon watcher, and cheap beer lover. She is married to a man with an amazing Scottish accent, is mama to two wild things, and rereads all her favorite books at least twice. Her most recent work can be found here.

Read more: BFF break-ups: 10 signs you might be ready to part ways.